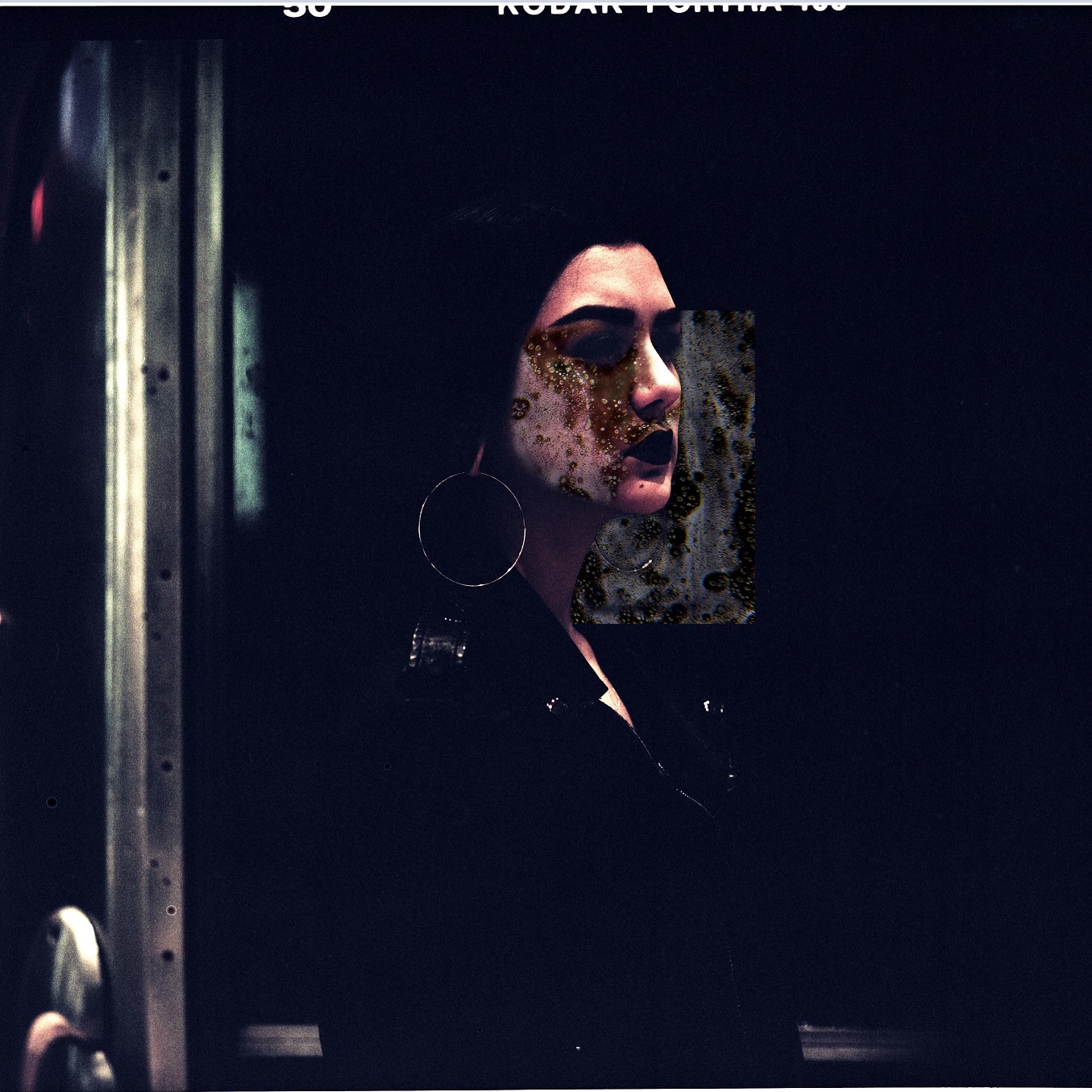 Kevin Zee and William Grubb, two Sacramento based artists, collaborated on a series of photographs that were displayed in the temporary ArtStreet exhibition in February 2017. The two played with the concept of using makeup as a mask. Grubb created images of models wearing makeup in public places, and Zee took samples of the makeup on the model’s faces and photographed them on a microscopic level. The microscopic images of the makeup were digitally overlaid onto the faces of the models. 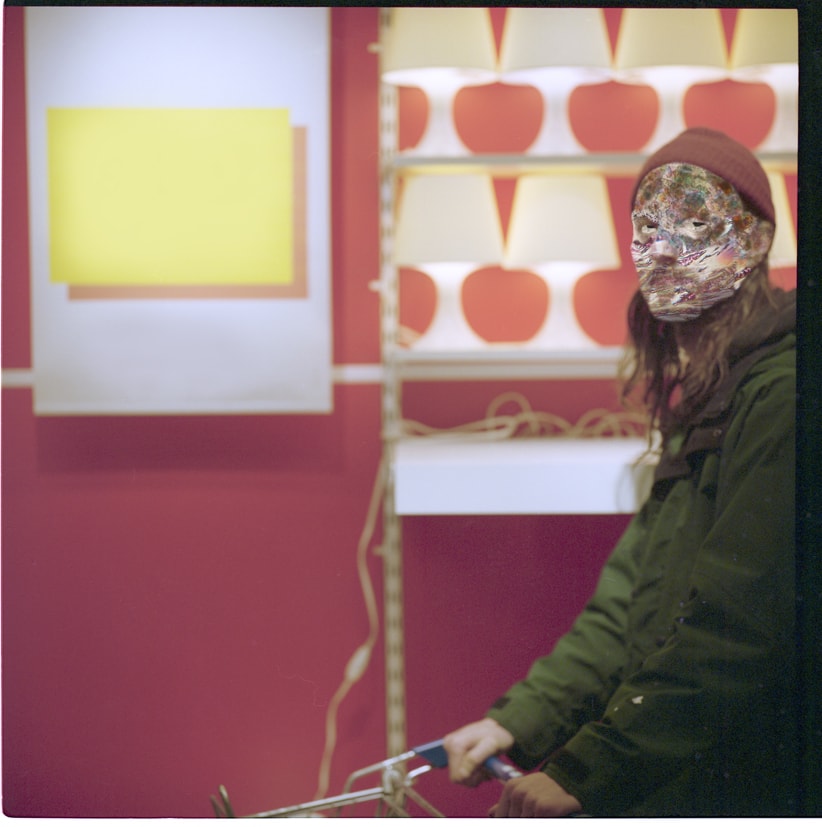 What is a face, or for that matter, a portrait? Is it a representation of a person? Is it how a person wishes to be perceived by society? Is makeup the manipulation of societal standards interpreted through the self and then perceived by society? Is it worn as a mask or shroud in order to transform the individual into an ideal form of themselves, or rather a form of self-expression?

To better relate to these questions, Grubb wore makeup for several weeks prior to creating these images as a public performance piece and kept a brief journal documenting the reactions he received. 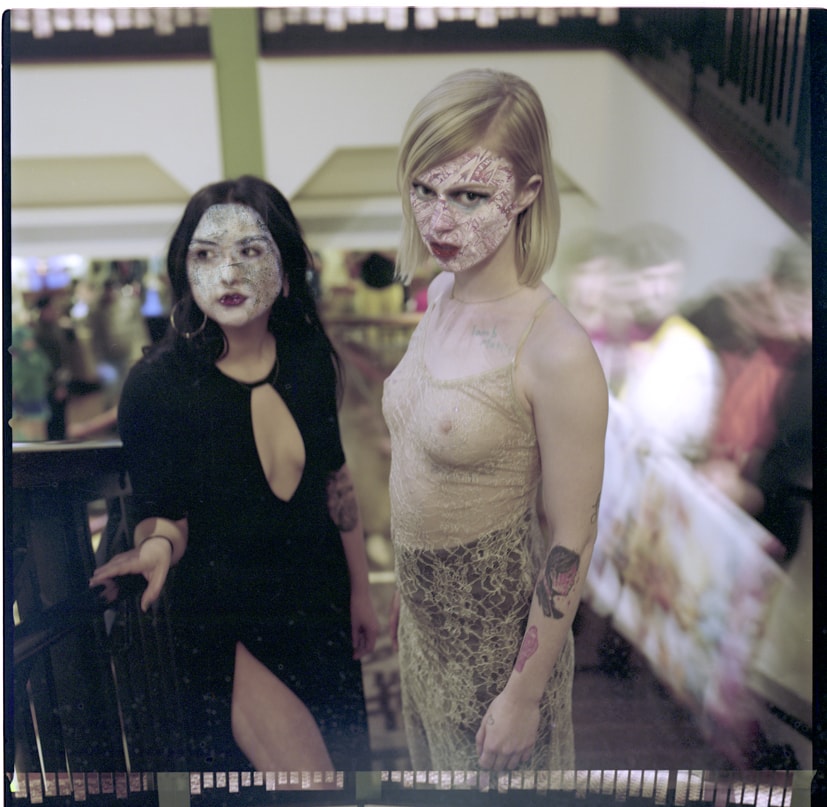 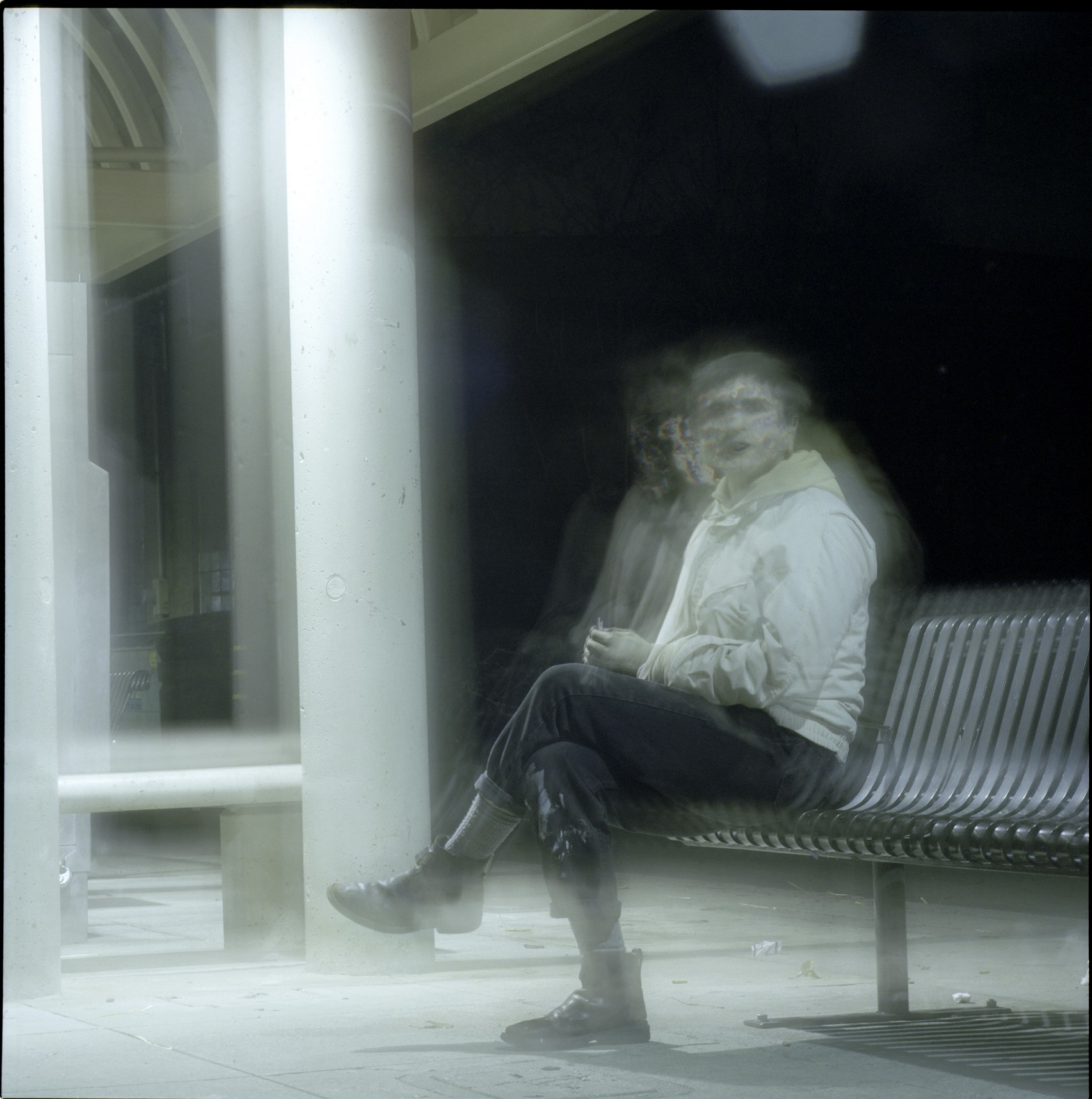 William Grubb has been making photographs since 2007. With a background in photojournalism and creative writing, he captures and creates intimate images of gesture and the human form. Conceptual portraiture, street photography and rugged landscapes of the Sierra Nevada dominate his visual work. Grubb is an analog photographer who processes and prints his film in a home darkroom at his Sacramento studio.

Kevin Zee is an artist from Sacramento / San Francisco Bay Area exploring audio and video manipulations since 2006. Since receiving his AA in audio production from American Rive College and BA in Video Production from SFSU, Kevin has been exploring and expanding themes and concepts, fit and not fit, for audio/visual collaborations. An ever-evolving theme can be seen with his work throughout the years in the realms of microphotography, videography, installations, watercolor paintings, audio, and laser cutting.