Everyone comes from somewhere. No one gets to choose where. Some of us just happen to come from places like Stockton. Stockton is a place caught for a long time between developer’s money and down home culture, a profound poverty and profound sense of humanity buried by naysayers. It is a place that has often been looked past by locals and travelers alike.

I find it important to remember that though places like this don’t have movies or books about them or glamorous reputations that cause acceptance by the mainstream as places worth investing time or effort into, there are stories there. There are stories that bear the weight of soul, heart, and a poetry that only places untapped by prior scrutiny can offer. I was born and raised in Stockton; I live a seasonal life now, traveling around to where work takes me, but I always carry a little bit of this ethic with me on my ramblings.

Sometimes it manifests in a search for an untold story, sometimes it is just witnessing a place where there still are stories to be told, and other times it is returning home to find new ideas in old places. I try to document my ramblings and findings in many ways, but I find photography to be one of the most accessible and efficient formats to share adventures with interested parties.

My most used medium has been disposable cameras because they are cheap and durable, but in more recent times I have experimented with Polaroids and 35mm point and shoot film cameras-mostly Olympus stylus. I enjoy the erratic nature of point and shoot cameras. I feel that it emulates the effect of a haiku, or a reflection on a moment in time, rather than the more rhyme schemed and metered results you get from high end digital or film cameras.

Any of these photos are available for sale as prints, e-mail me at heycedric@gmail.com for pricing and sizing info. All prints will be made at either Gluskins on the Miracle Mile or Ulmers in downtown Stockton to keep money local and any profits made will be used to help fund a bike tour and photography ramble I am conducting through the American Southwest at this moment. Take care!

This post is part of a series, see Part 1. 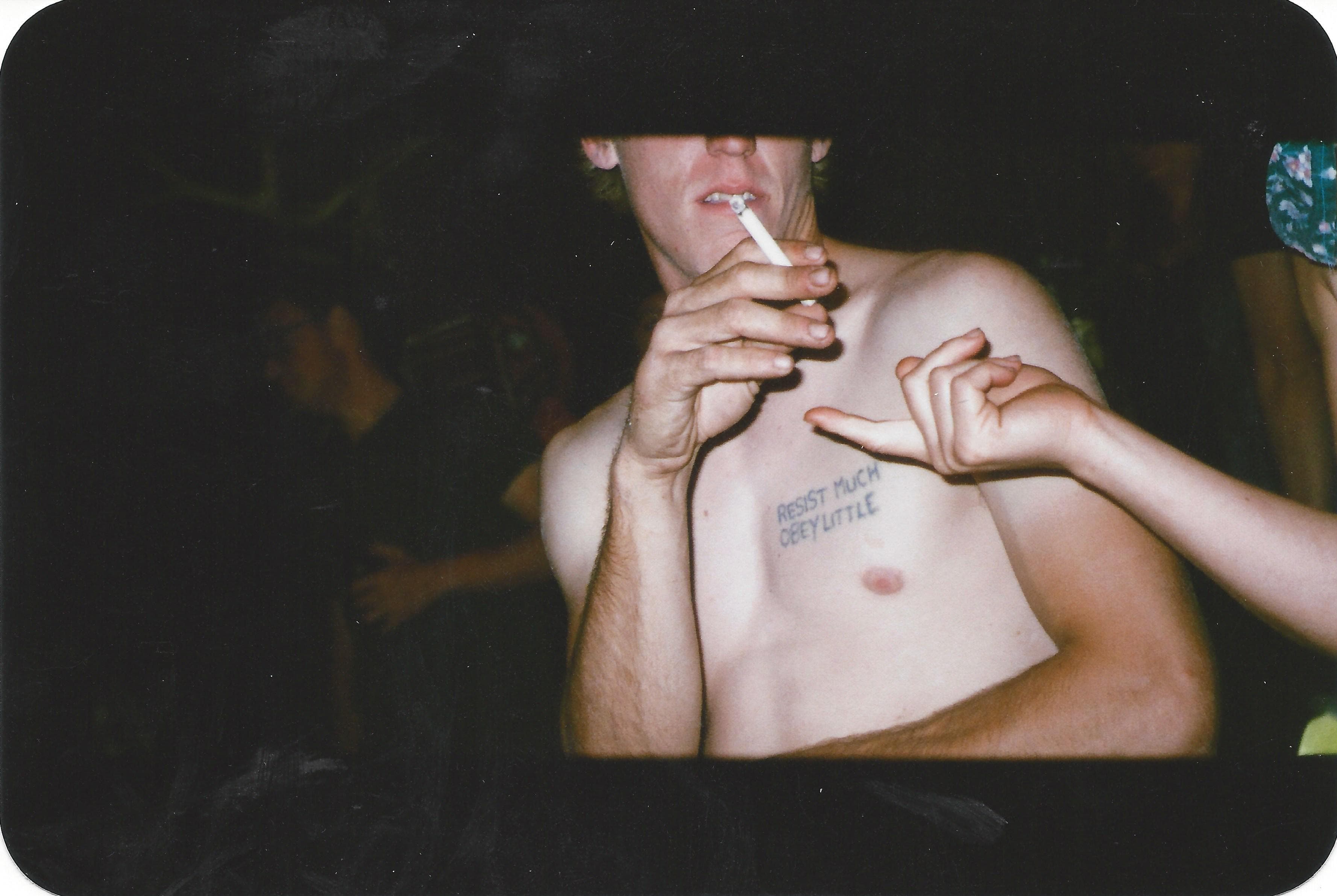 In 2016, both the Sequoia and Kings Backcountry Trail crews were getting ready to head into the woods for a few months. Of course, to let off steam, we threw a big party that included both trail crews and a bunch of friends from other parks. A bunch of pretty, interpretation rangers showed up later in the night and joined in, as there were plenty of dance partners and food and drink to go around. At some point, the panoramic mode on my camera got flipped on, and my photo of Randolph turned into a photo of Randolph’s tattoo. 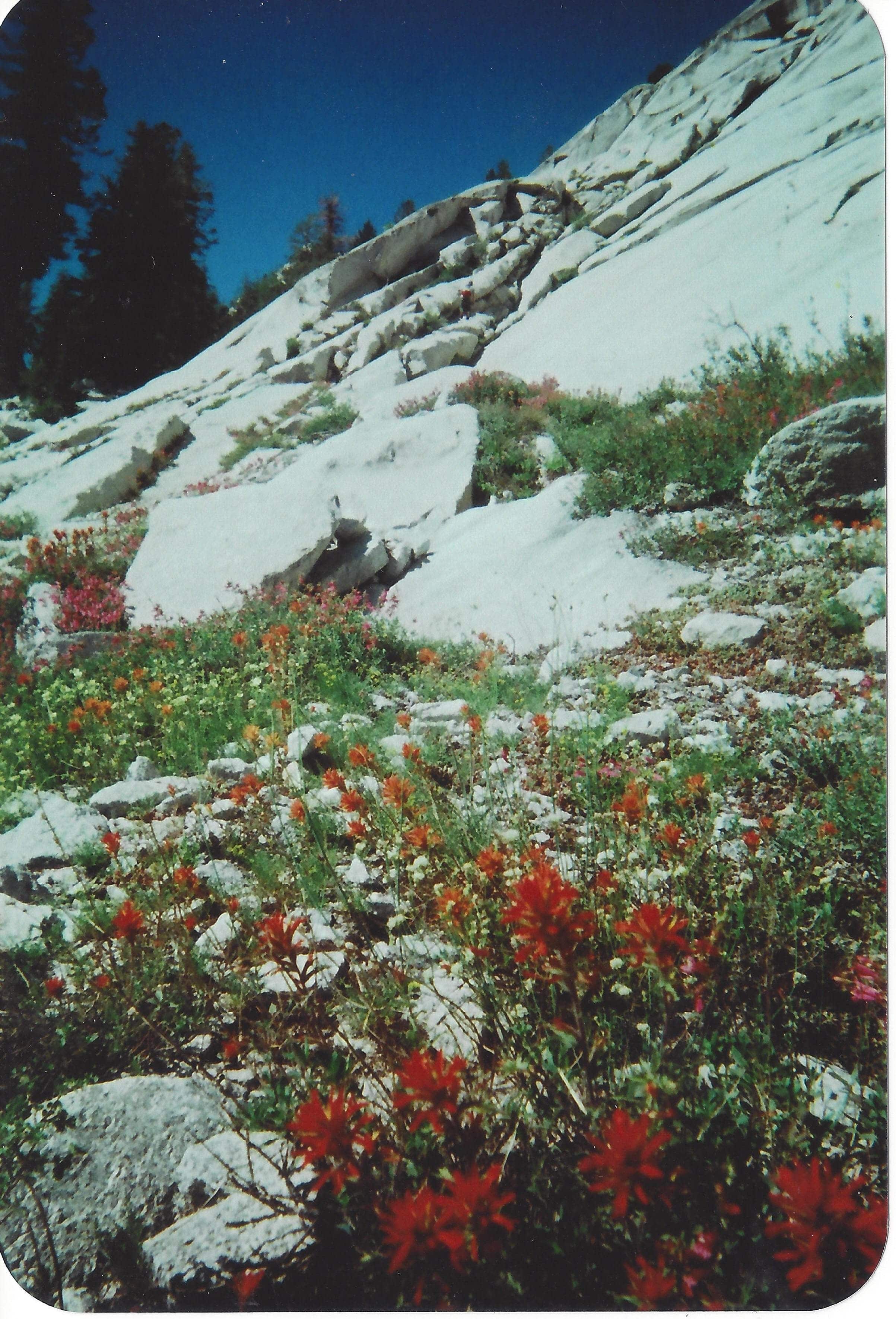 I love trails; they are safe, easy, and efficient ways to get around in the wilderness. One of the reasons I love trails is because I spend so much time off of them. On this particular trip I was trying to summit Mt. Brewer by way of Cunningham Creek. The route I chose proved to be poor, as it was a bushwhack one-third of the way and a wall-climb the other two-thirds. Eventually I ended up cliffed-out as the sun was setting. One high point of a frustrating traverse, however, was sitting next to this bouquet of High Sierra Wild Flowers. 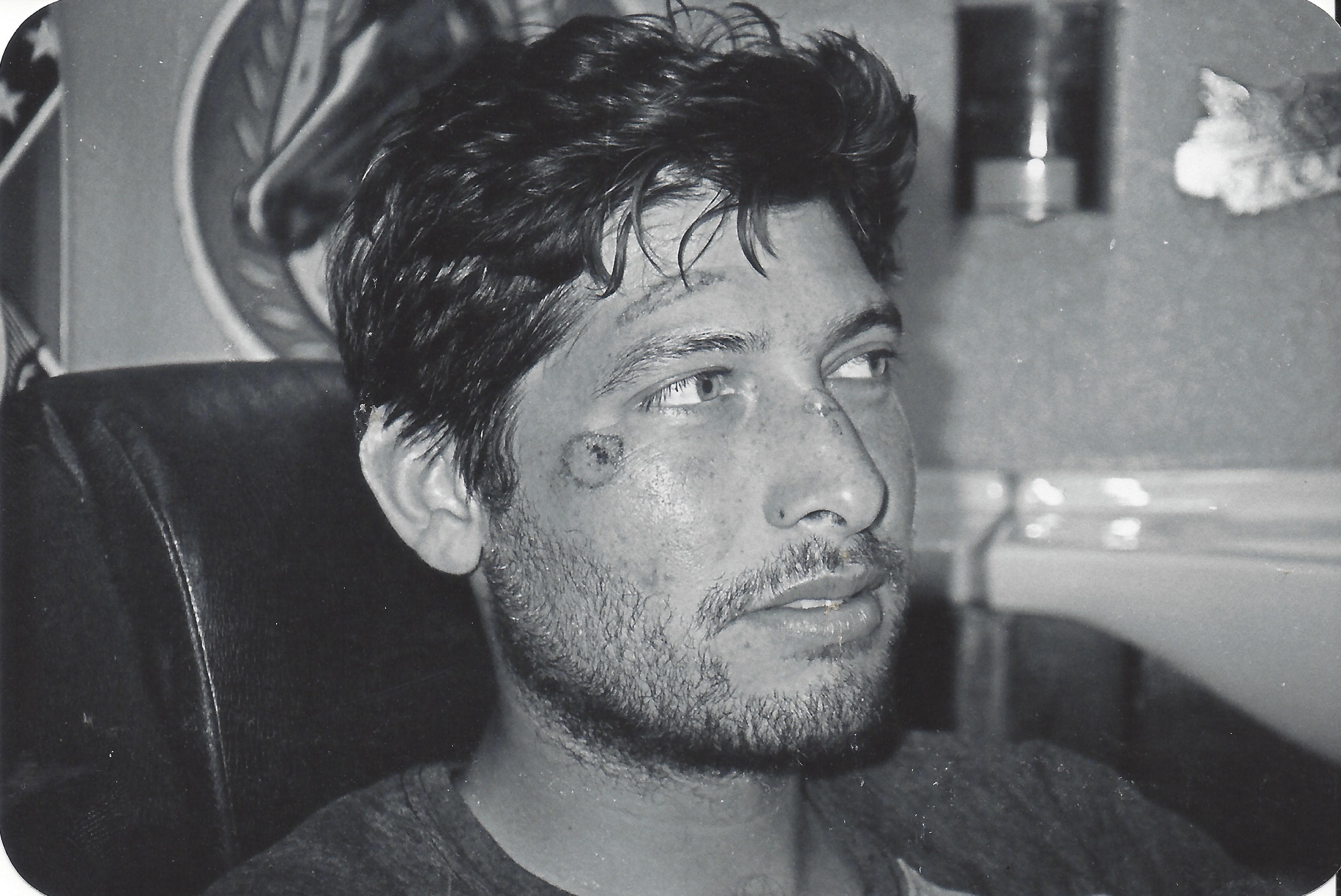 By our late twenties, most of my friends and I had stopped skating. Not true for this friend of mine. Here is a photo of him watching me get a tattoo over at Quarter Horse, deciding if he—vividly wearing his road burns—will get one as well. “That looks like it hurts,” he says to me as the needle does its work.

#4 Valley Oak at Sunrise on the Cosumnes River Preserve (2012) 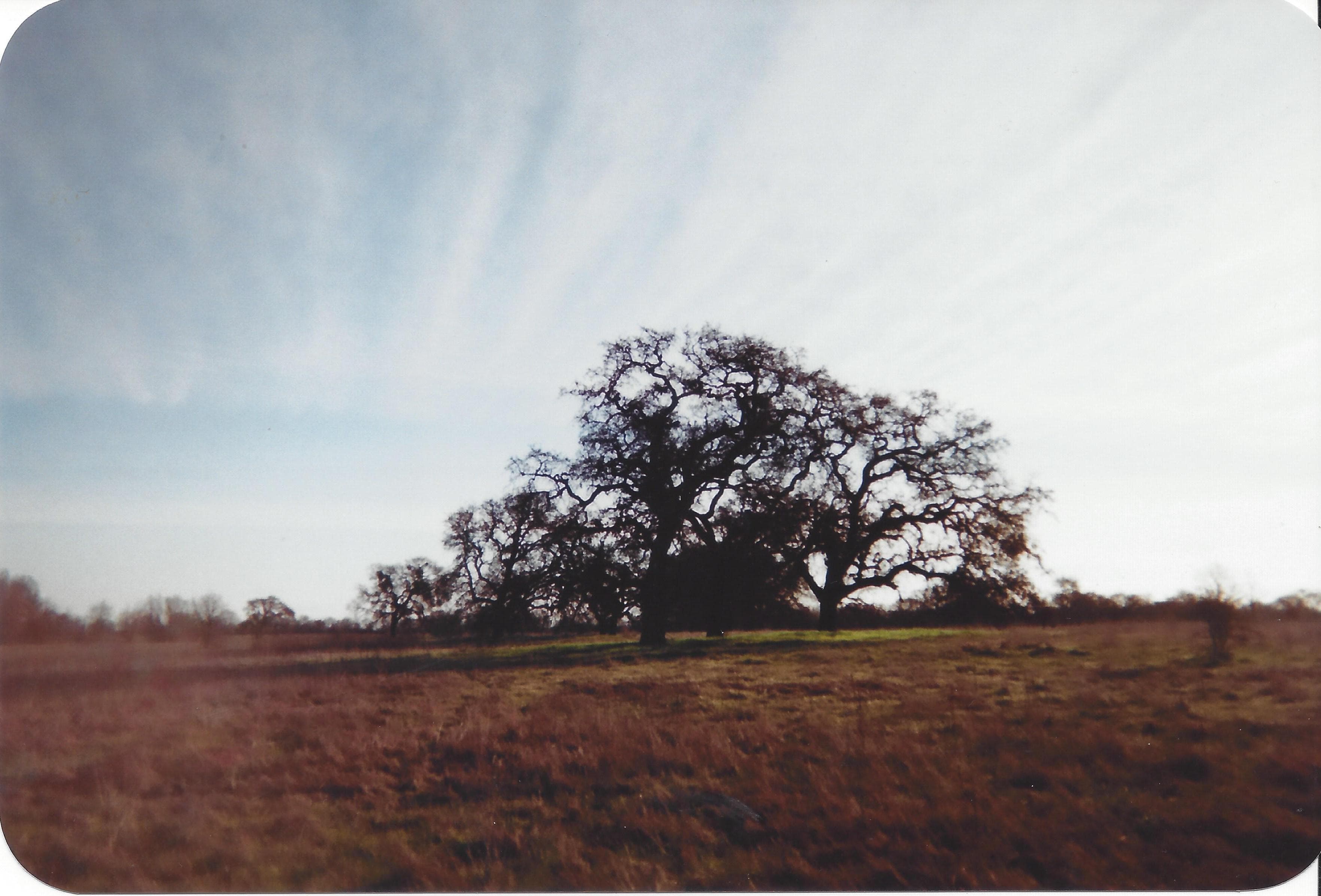 I’ve left this state time and time again but never for more than a year. I keep coming back. It’s the shade. There’s a certain quality of shade I have found only under the boughs of a valley oak tree. I miss it when I’m gone. 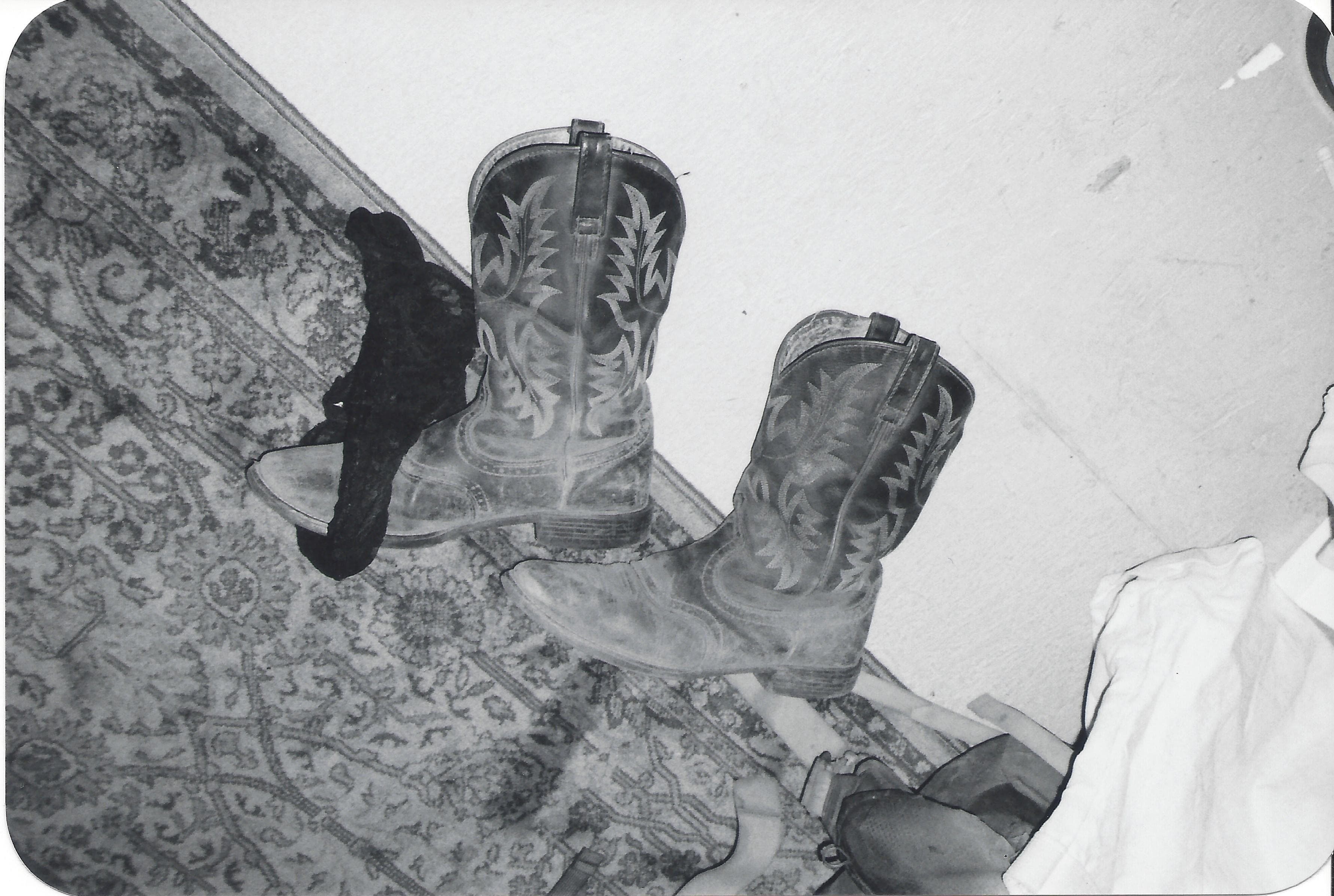 We spent the winter hunkering down from rain and snow in a small cabin in the redwoods up near the Humboldt/Del Norte county border. It was a good winter, and we decided come summer we’d try to make this thing work. I was going to be building trails in the southern Sierra while she was going to be packing horses and mules up in the northern Sierra. We met up in the valley one weekend before I left for the wilderness in June. I got up to step out and get some air as she fell asleep, and I snapped this photo on the way back in. That was the last time I talked to her, now that I think of it. 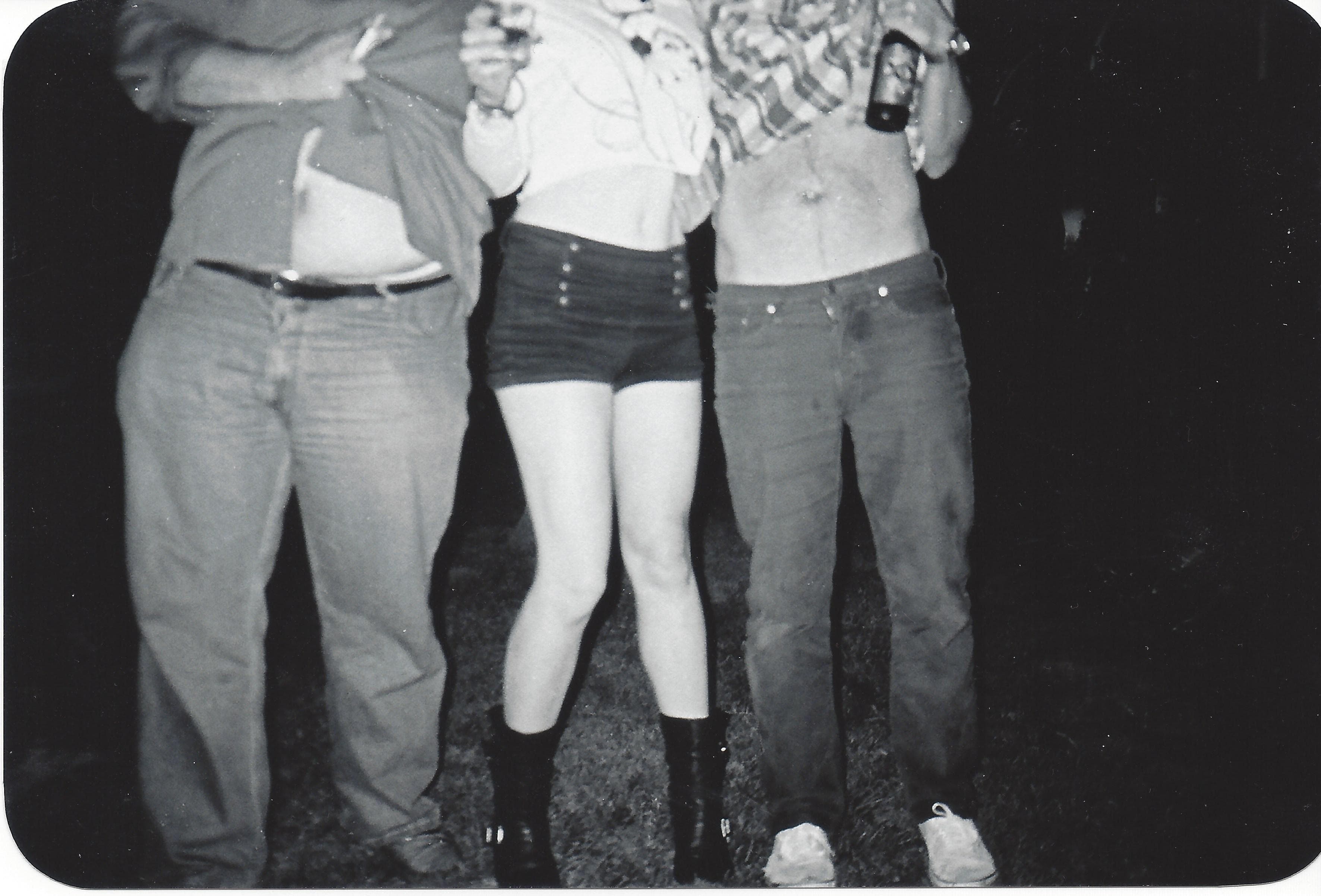 The nature of a good time has not been well-documented in a scientific way. I think it’s on account of the rowdiness and devil-may-care attitude involved in the decision-making process that leads to said good time. It is one of my favorite things to try to capture on film, without focus or logic—something that looks like a good time. 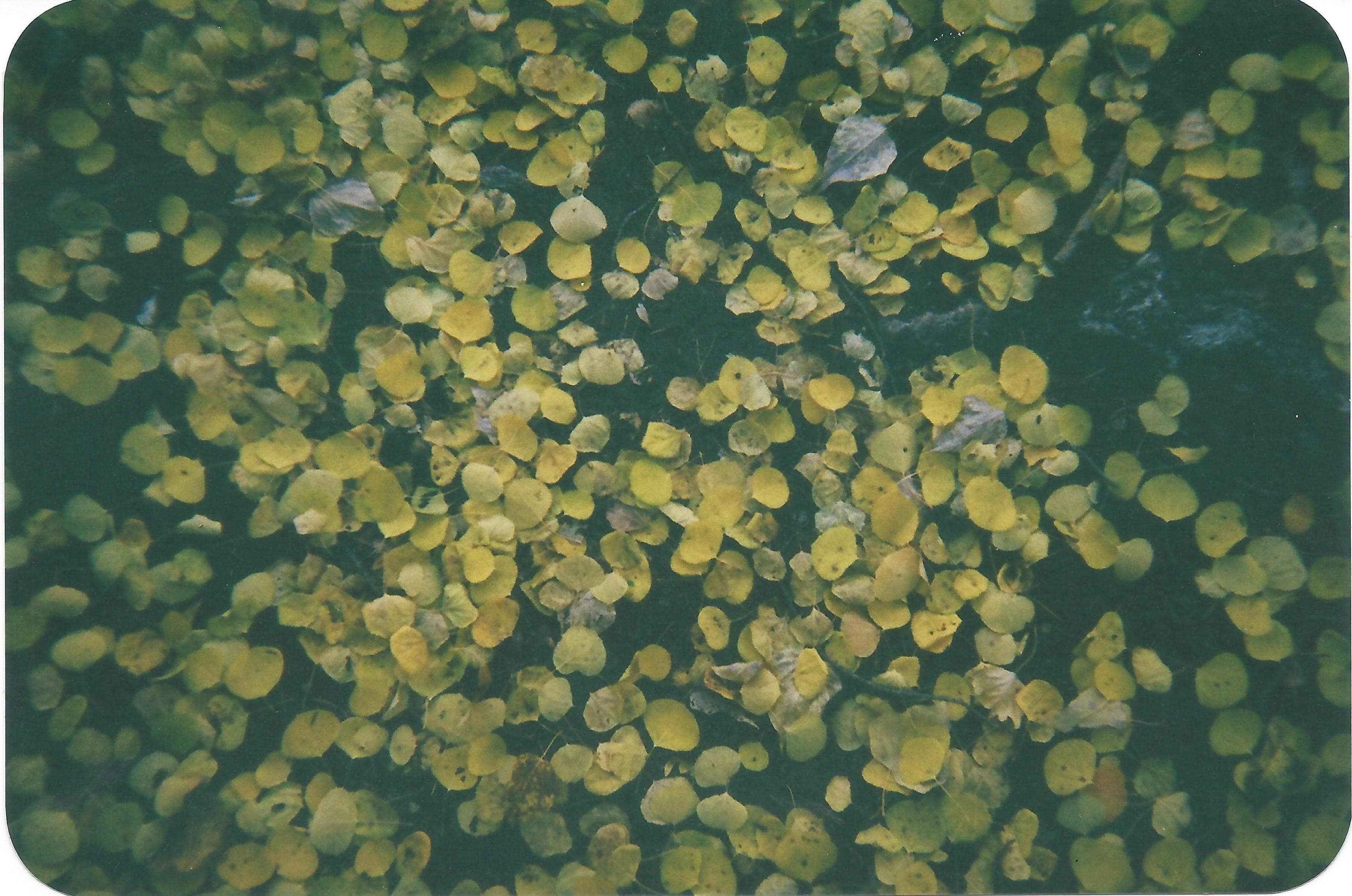 If you ever hike Ray Lakes Loop, I’d say do it in the fall. There is no one else on it; the mornings are crisp and cool; the snow on Glen Pass is fresh, and every aspen grove you wander through has a carpet that looks something like this. 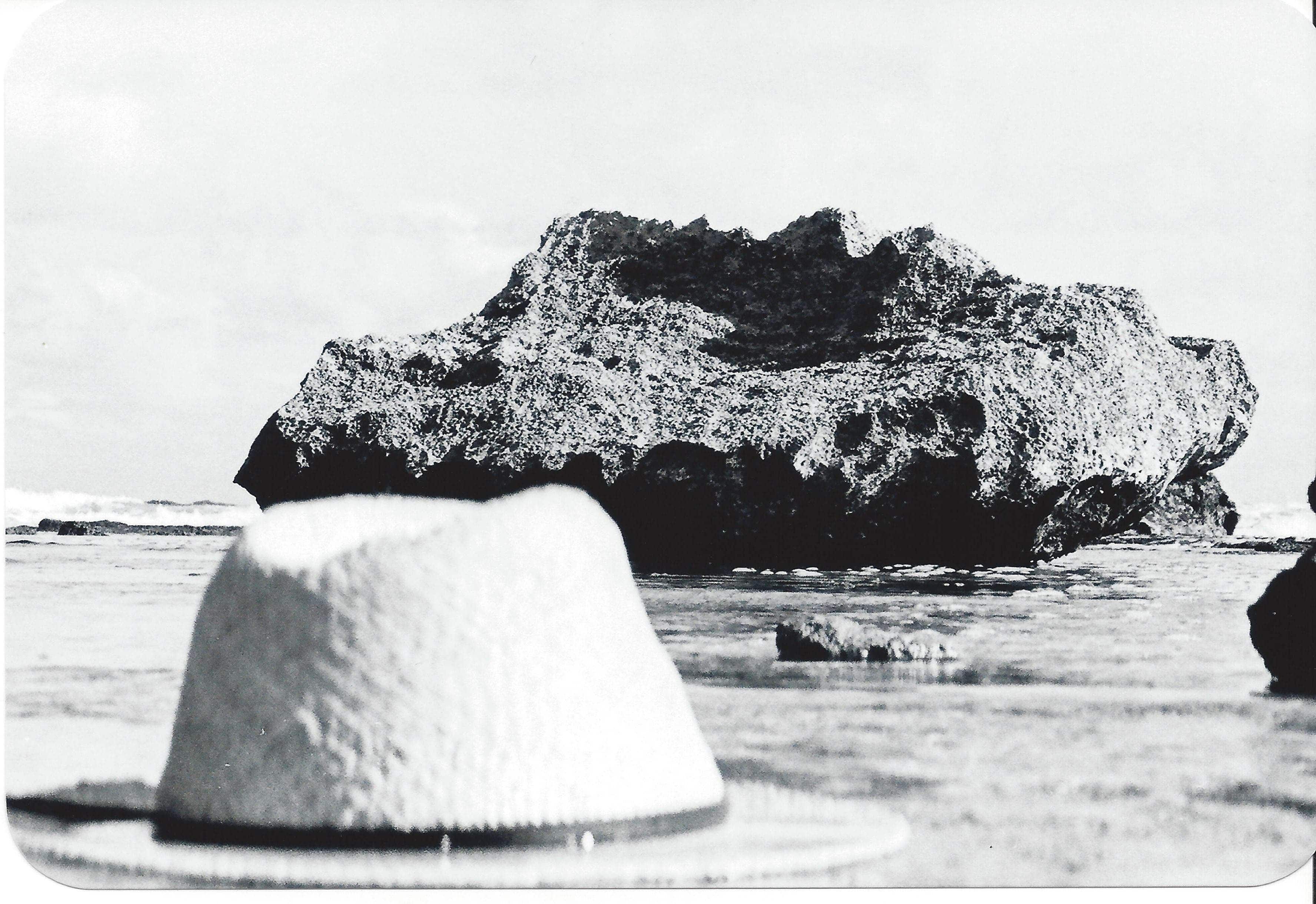 I spoke earlier to the fact that there is nothing more ridiculous than a grown man chasing after his own hat. One way to avoid looking ridiculous—if the wind does take your hat—is to stop and take a photo of it, appearing as though it was all planned. 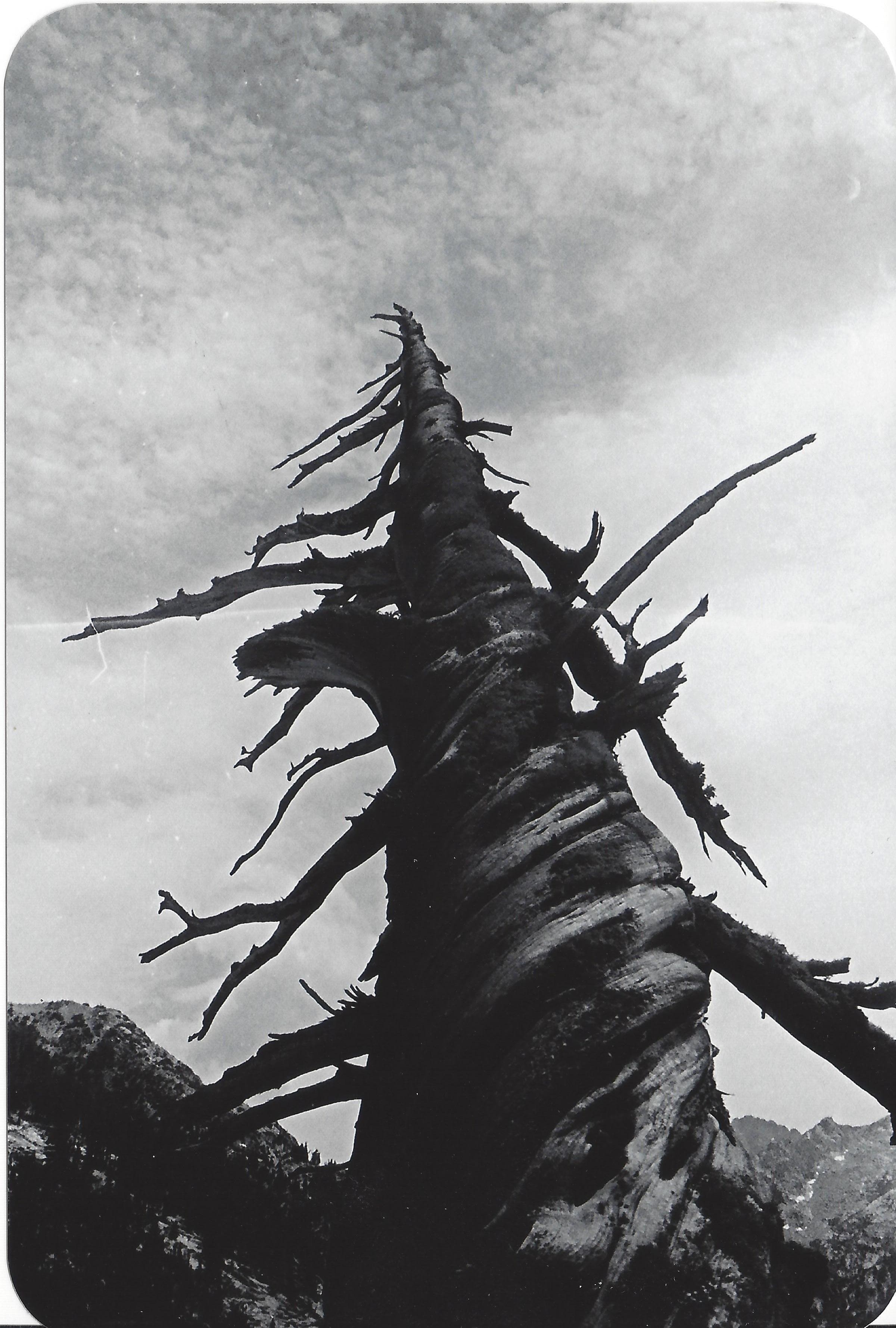 Coming down from Bishop Pass into Le Conte Canyon, one might notice this old unicorn horn (if the high snows have not yet knocked it over yet). Just above the horn, as the trail switches down the mountain side, is a grove of giant Junipers. I always reach out and touch their furry bark as I pass; I’m never sure why, just seems the right thing to do every time. One time I bumped into my friend, Dena the Le Conte Ranger, that year on the switchbacks. “That grove containing the ones you always touch are the oldest documented Junipers in the High Sierra,” she said. 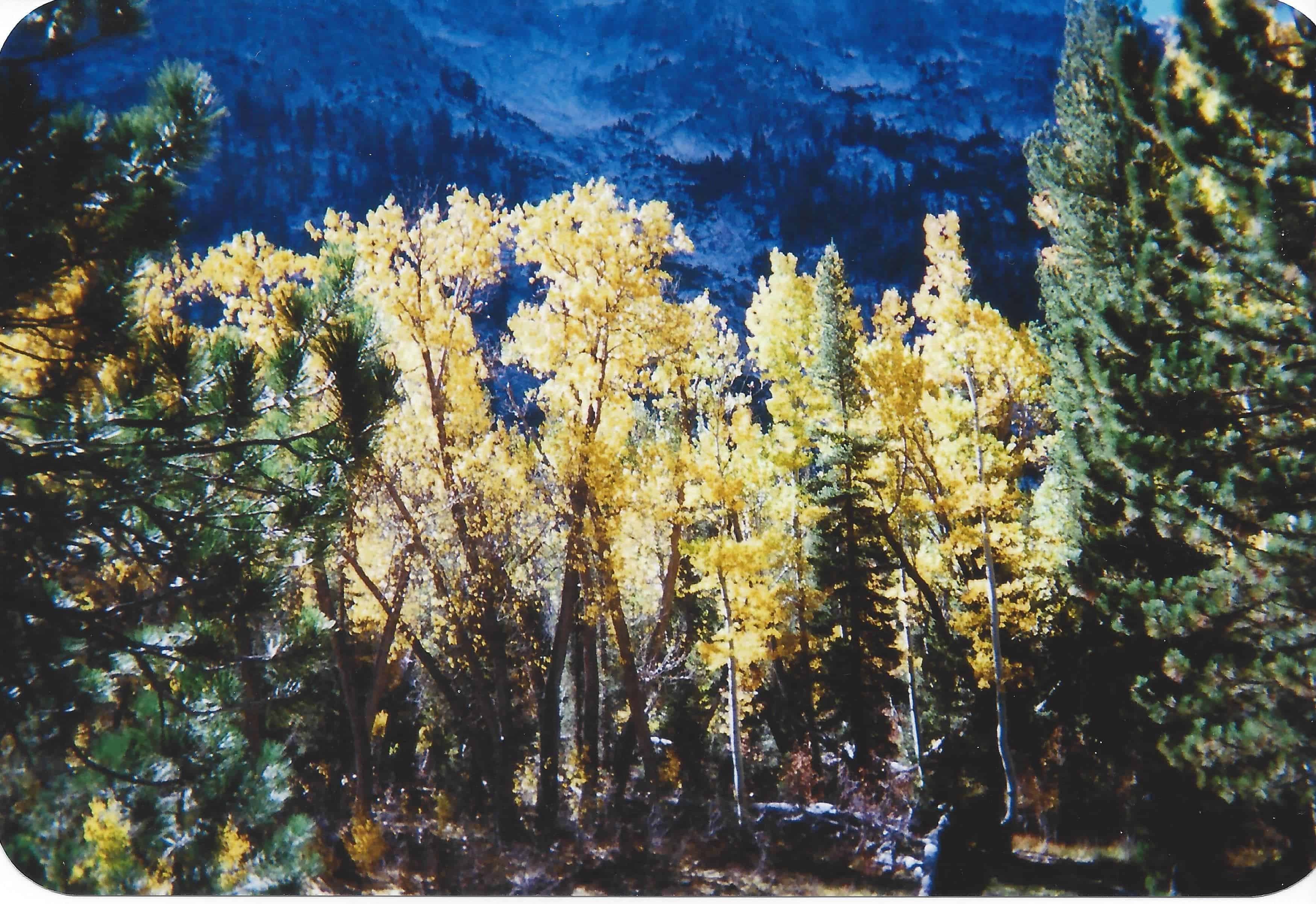 When you live outside for a while you suddenly notice it: the change in seasons. You wake up one morning and realize that the air is colder, the flowers have a little less luster, and the aspens are changing color seemingly overnight. “It’s fall,” you realize. And the mountains are telling me it’s time to get to lower elevations. 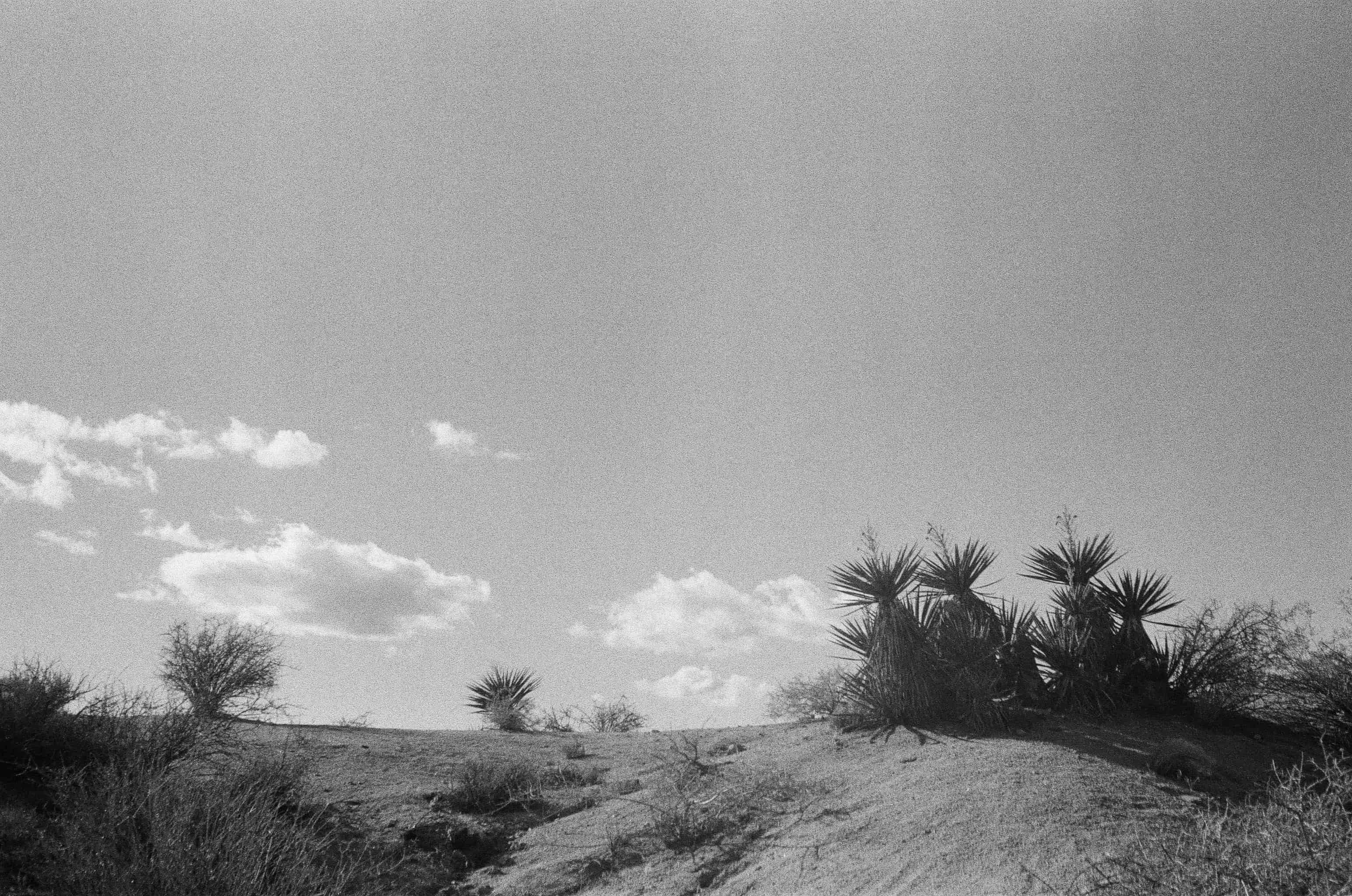 This was the time that Sarah flew out from Minneapolis looking for sun in January, so we drove down to the desert and slept beneath the Joshua trees for a couple nights. We hiked out to some oasis and saw the largest stand of native California fan palms in the whole park—a fact and a place that I was, and remain to be, very impressed with.

Cedric Cunningham is a trail maintenance worker and wilderness EMT for the National Park Service. He spends his summers building stone structures on the John Muir Trail/PCT and helping hurt and lost hikers in the southern Sierra. He dabbles in photography, song writing, and comic writing when he is not in the mountains. He is a Stockton native and can be found often huddled against the back wall of the friends of the library bookstore on hammer, searching through the nature writing section for field guides and the like.