The first time I saw American Wonder Woman was on a stage in the back of the Latino Center of Art and Culture off Front Street. I was groggy after a long day of work, thinking a quick dip into some creative culture might revitalize my soul.

Sitting on an overgrown lawn surrounded by mosquitos and friends, we all grew silent as a woman clad in her own hand-made Wonder Woman costume came to the stage. What followed was a wonderful mixture of activism and throwbacks that asks us to look critically at our social history. 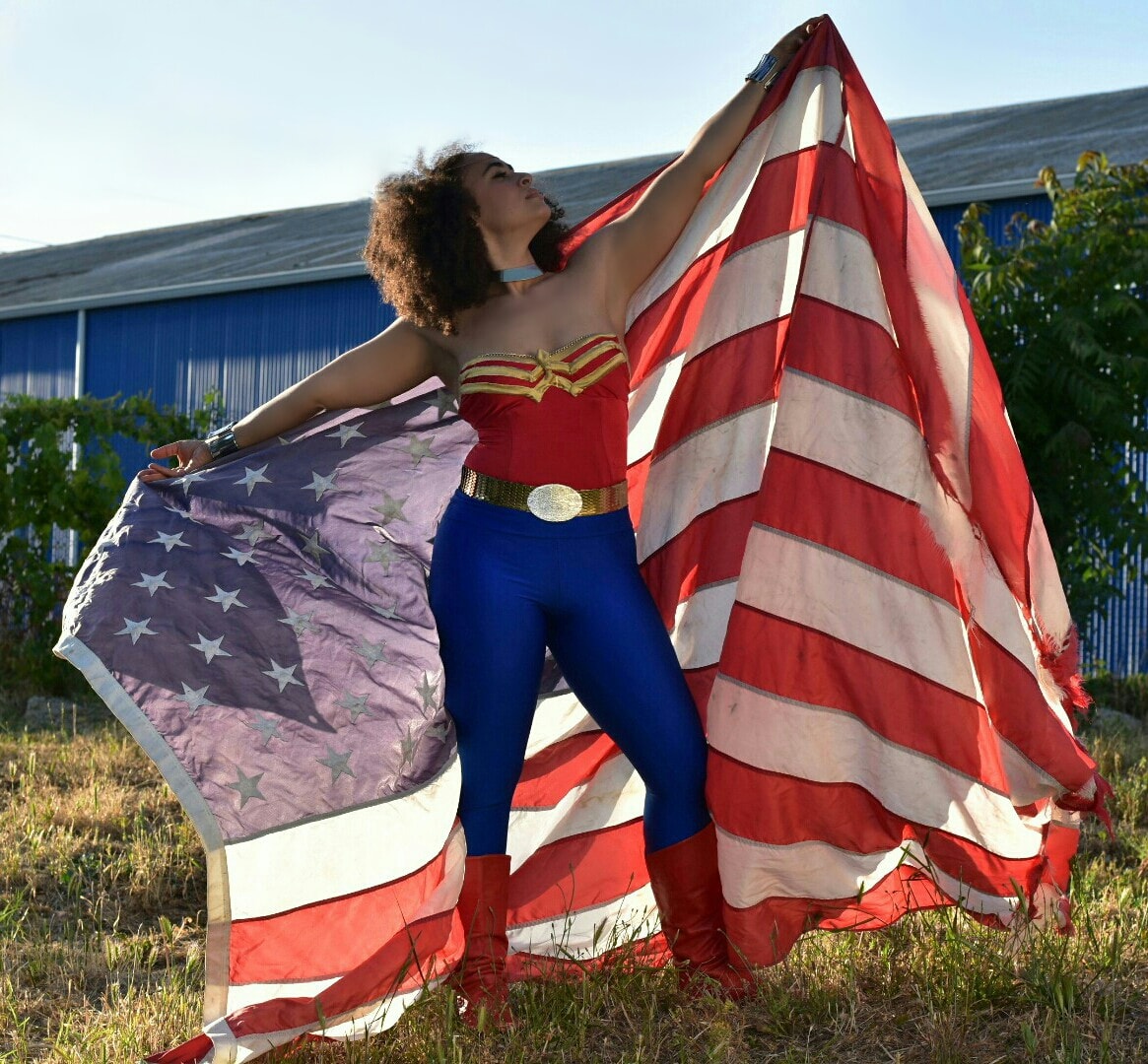 Interia DeWitt’s multidisciplinary, performance-art protest piece AMERICAN WONDER is a biting critique of what it means to be a 21st century American. While it may not sound so sweet, DeWitt’s delivery comes in the form of beloved pop songs, making the distribution of anarchist messages more palatable. She covers classics like American Woman and Material Girl, but with careful listening, listeners can pick up on her motivating messages. She calls for the justice and self-empowerment, all while calling out bullshit along the way.

DeWitt uses nostalgic imagery and tunes to fully embody the Wonder Woman archetype, which means channeling positivity through the persona of a femme justice warrior. DeWitt believes we need to fight unchecked masculine energy to find the freedom and self determination we are losing day by day. 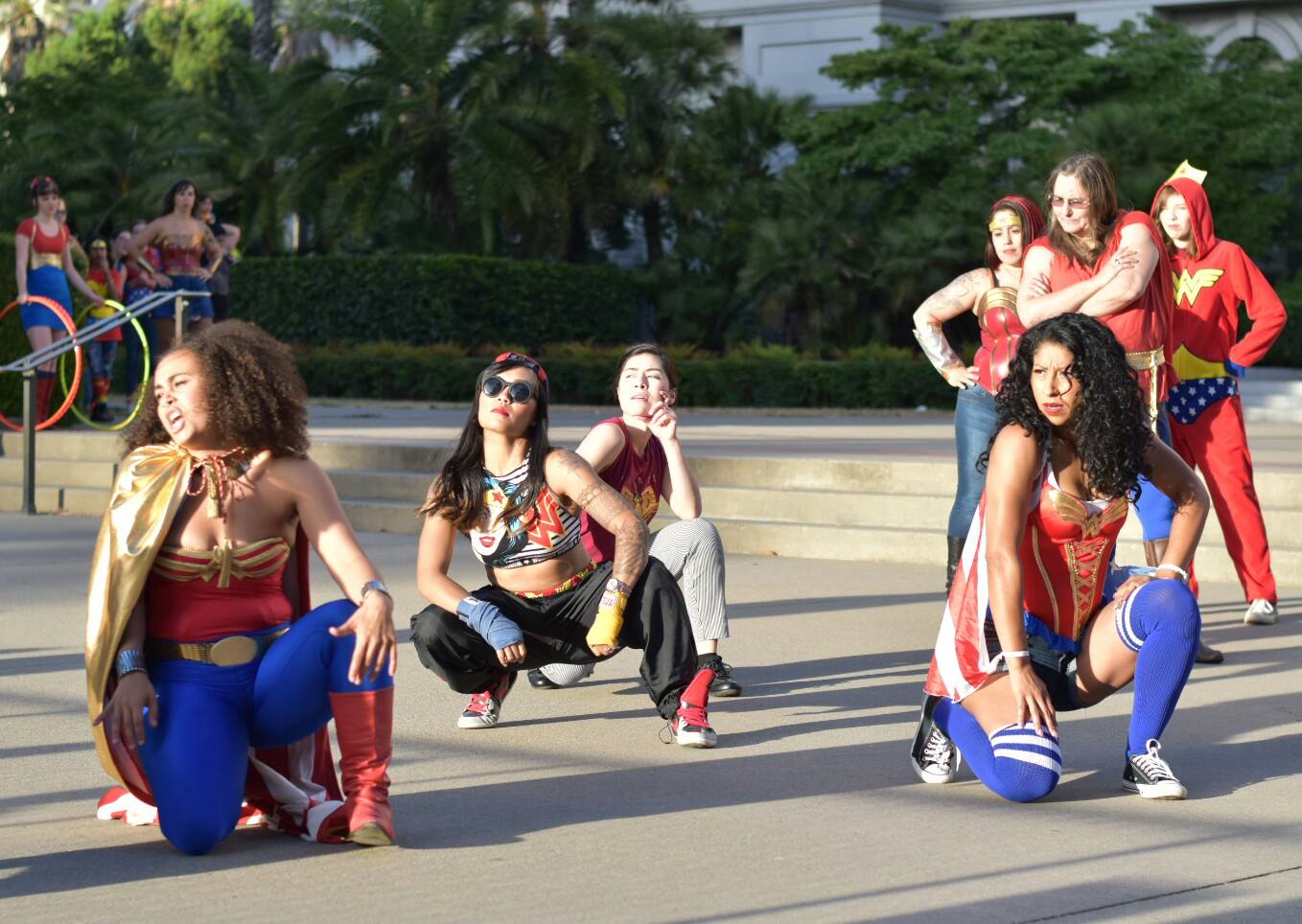 Her DeWitt’s thirty-seven minute feature, AMERICAN WONDER, is composed of music videos and satirical commercials, culminating as a powerful gesture towards social consciousness and collaborative action. After seeing her work sitting still is, and not only because of the epic music video flash mob!

Dewitt often wonders what it means to become a hero. Her answer is not a simple one, but she found that standing with your values and doing little acts of protest every day is a manageable and productive way to move our society forward. She prompts viewers to think about their skills and ability to apply them. Like everyday social interactions as a barista, to leading a march as a community organizer, what is your form of protest?

Here is a preview reel of DeWitt’s video piece AMERICAN WONDER to give you a taste of what I’m talking about.

To see her full work, go to the corner of K and 10th Street in Midtown, Sacramento. There on the corner building will be her full film on loop from 8pm to 2am between July 3-8, 2017. 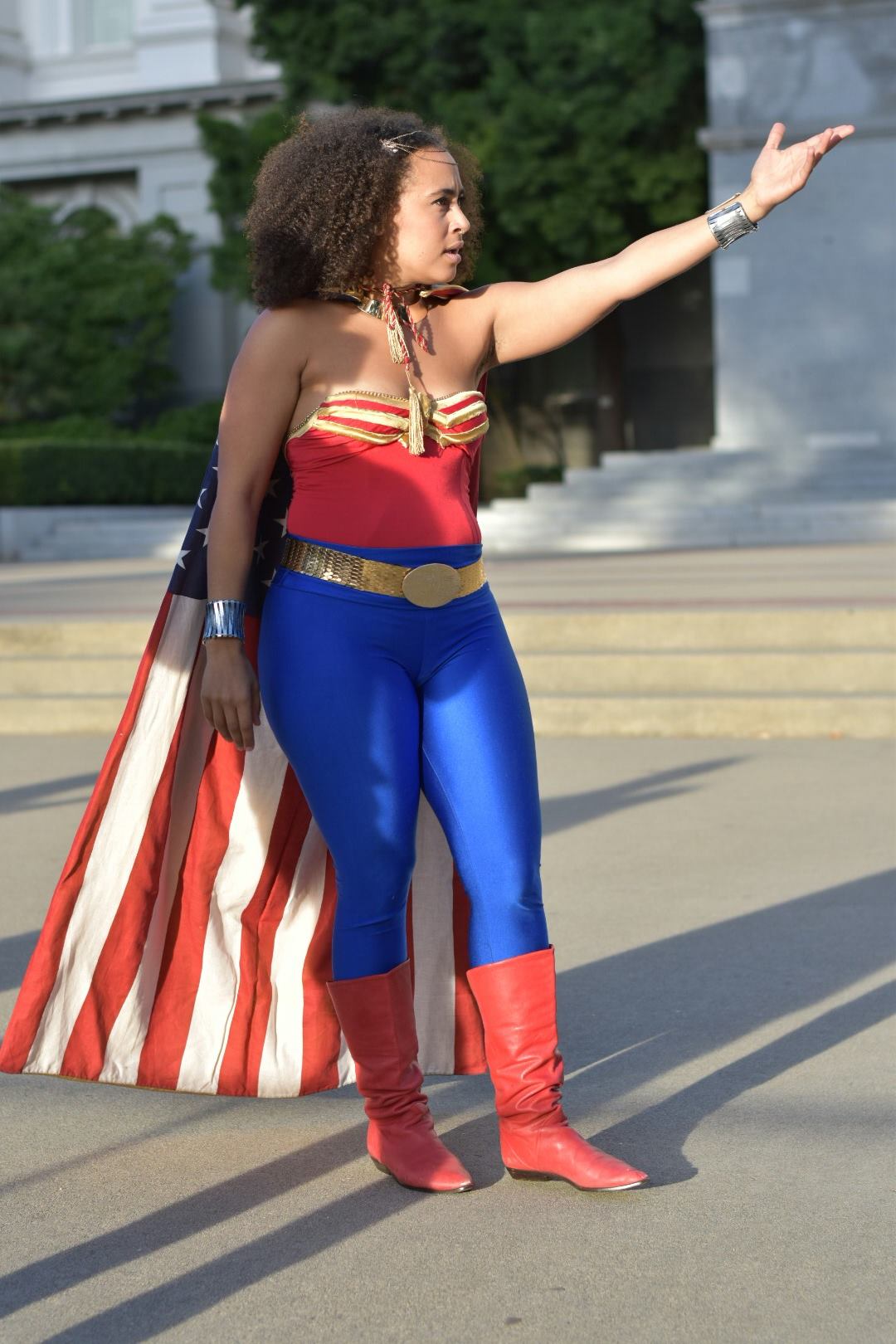 Inertia QED DeWitt is a multidisciplinary, performance artist currently based in Sacramento, CA. She holds an MFA in Dance from Arizona State University and is currently completing an MA in Counseling Psychology from Pacifica Graduate Institute.