“I picked up a camera and realized that I could create almost tangible pieces of what goes on in my head.”

I’m 25 and self-taught. My interest in the arts started with music, but I can’t make music for the life of me, so I’ve since turned to hoarding it. From there I turned to drawing, and once I grew tired of that medium I picked up a camera and realized that I could create almost tangible pieces of what goes on in my head. Photography has since became an outlet that I’m extremely dependent on. Crosstown Studio happened when what I wanted to create outgrew where I was, and it happened quite beautifully. 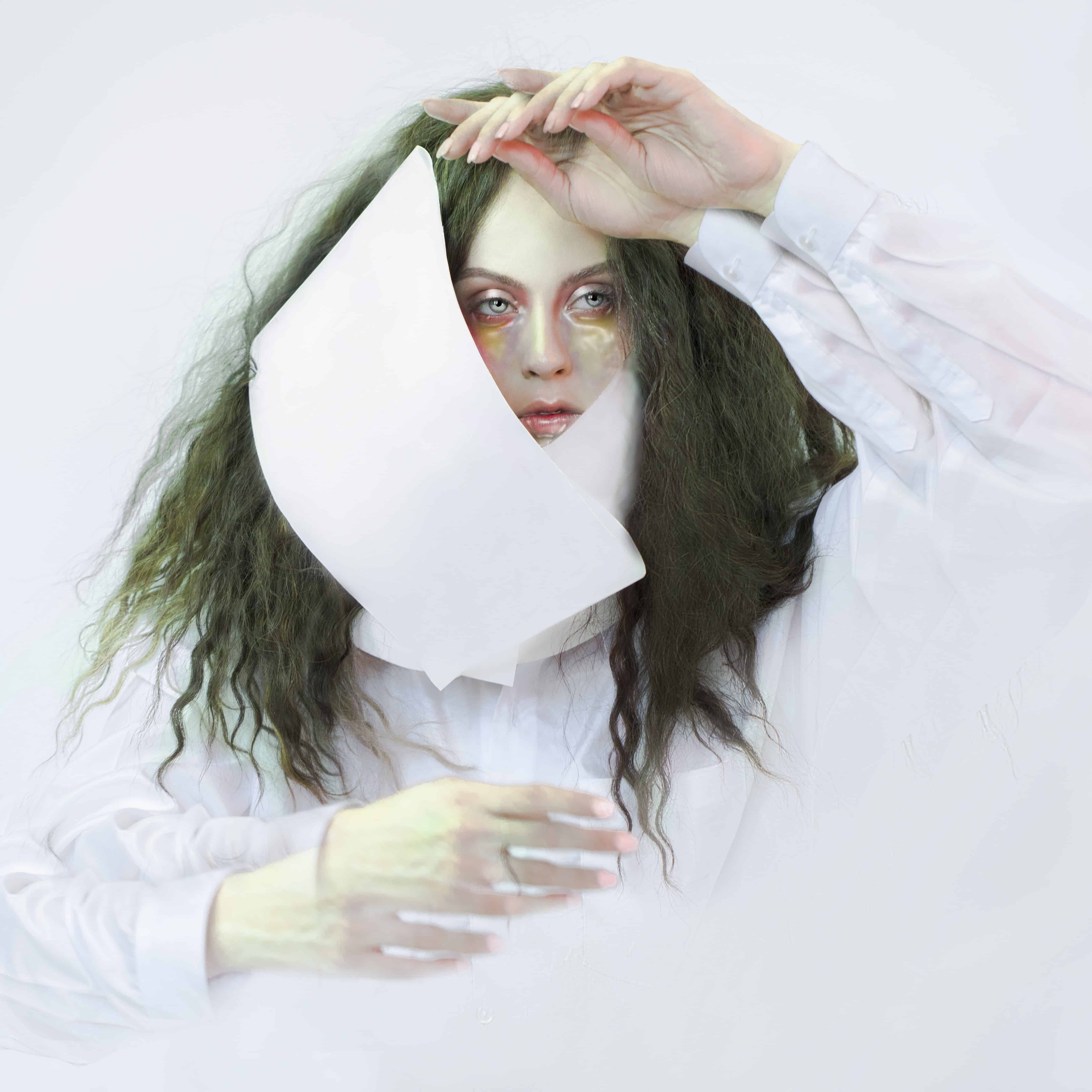 Opening Crosstown has allowed me to widen my client base and explore the world of traditional photography in more depth than I had before. I took it a step further and decided I wanted to provide the platform of having a studio that’s available to other photographers. I believe there’s a different level of comfort you can give a client when bringing them into a private space, and I believe it aids in the transition to a relationship with that person. I can count on two fingers how many times I’ve photographed someone and just completely lost touch with them. I guess what I’m getting at is I’ve noticed a significant change in the way my relationships develop from having the studio than how they did when I was bringing people into my spare bedroom with sheets for backgrounds.

I want to be able to make that available to other Central Valley photographers. We just don’t have much of that here, and when photographers go to Los Angeles or San Francisco we sometimes end up paying hundreds of dollars. I feel like that creates so much separation within the artistic community, and to be real, it’s not even because of talent; it’s because of money. So in my mind there is this though to make this more accessible, and drop the elitist attitudes and watch people glow up and just support one another.

You seem to photograph mostly femmes with seductive, yet highly psychological undertones. How much do identity politics and feminism have to do with your work?

I love how fluid art is— you can make something that is hot and someone else will feel cold when looking at it. I’m extremely in love with people; they fascinate me. I feel very drawn to the human form, especially women. It’s more in an appreciative intimate way. I think the female is such an amazingly complex structure. I believe in desexualizing the female form by normalizing “being comfortable” with sexuality. That’s where a lot of the “seductive” undertones come from, I guess. I spent a lot of time in my younger years being shamed and name-called for my level of comfort and curiosity. How that translates into my work is less of a feminist stance and more of just a general, “Fuck you, if I’m not hurting anyone then I’m going to do what I want.” 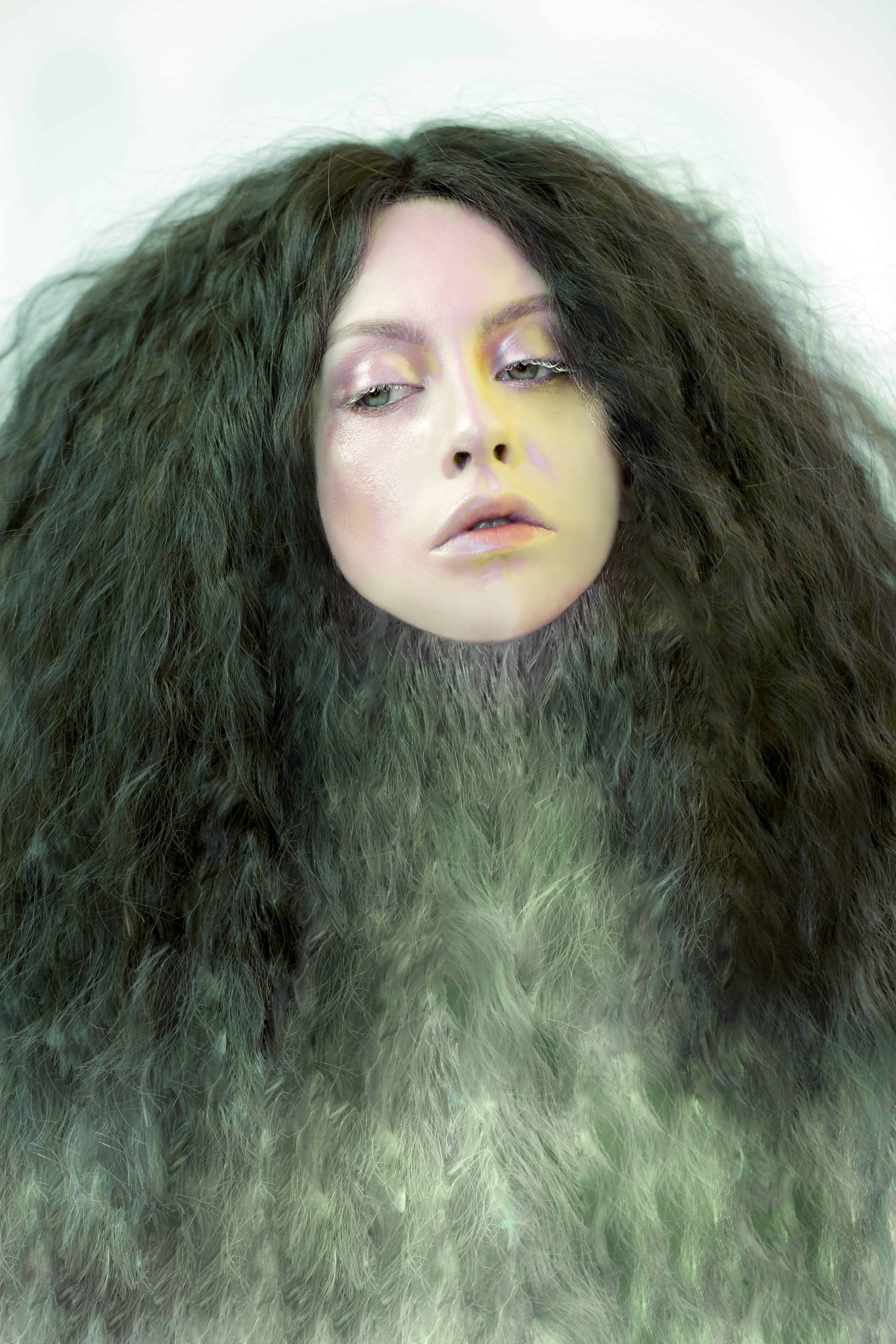 But pertaining to your question— I guess I never thought about my work being perceivably feminist because over the past 5 or so years I have learned to just be. I very rarely sit down to develop a concept and think to myself “I want to address feminism, or x, y, and z movements.” I guess what I’m saying is, if I place those types of undertones, [they’re] never calculated, it comes from a really raw place of opinions and beliefs. I don’t really spend time compartmentalizing my work, so it’s always really interesting to hear what other people get from it.

Do you see your work as relating to any current movement or direction in visual art or culture?

I’m extremely inspired by anti-fashion. It’s really weird to step back and really play connect the dots with how my ideas come to fruition, but overall my work supports the deconstruction of social norms regarding, again, sexuality, and even more so the stigma that surrounds mental illness. The psychological undertones you mentioned before are my way of releasing what I personally deal with. There’s a component of my work that is actually very selfish. 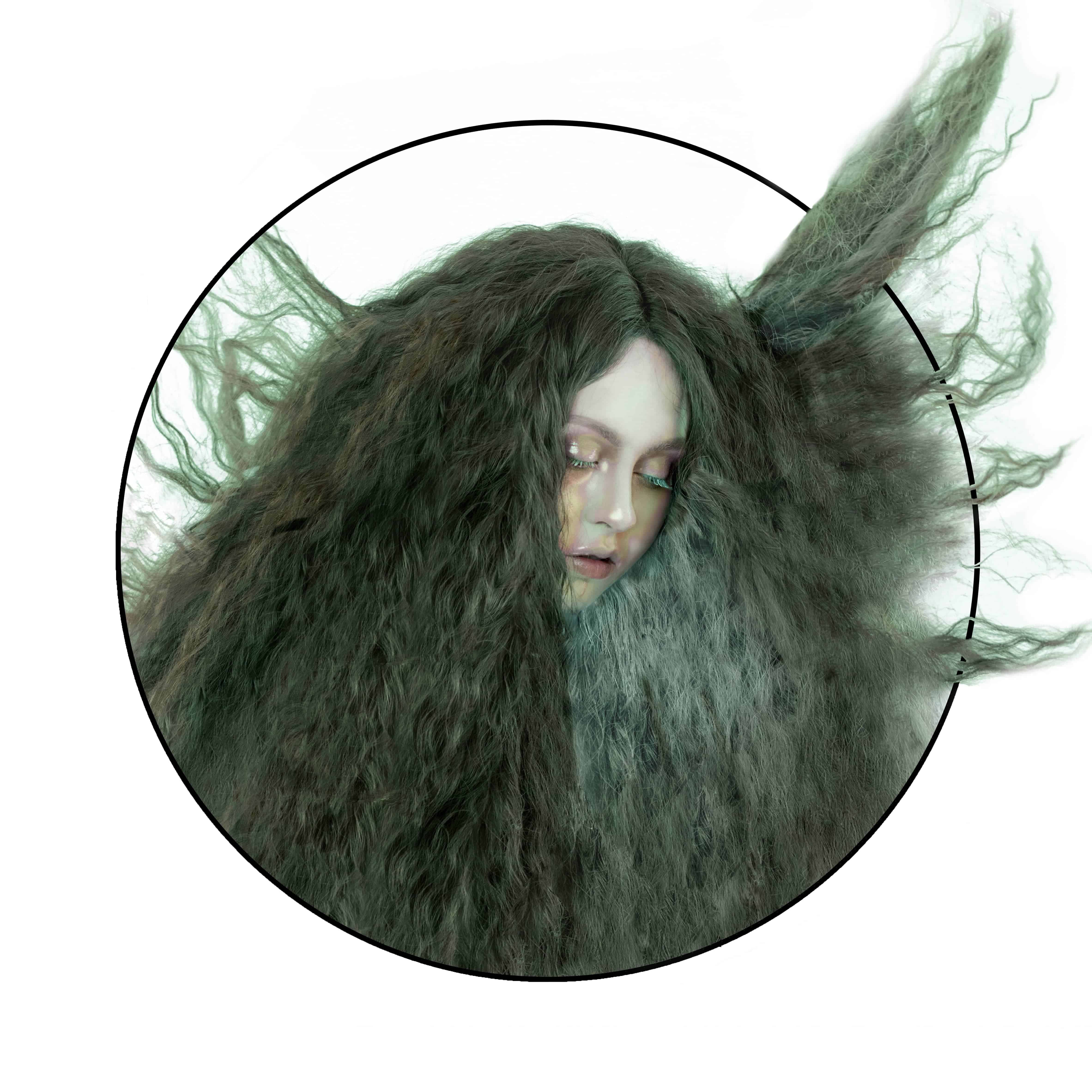 Which other artists might your work be in conversation with?

Regarding outside inspiration, music and fashion are always at the forefront.

I connect fashion the way I do because of the psychological process that I believe goes hand in hand with what we wear.

I’ve yet to be able to figure out a way to appropriately explain that, so we can save that for another time. But on that point, artists such as Alexander McQueen—may he Rest In Peace—and people like Rick Owens and Rei Kawakubo, their work resonates with who I am internally and really kind of fuels my courage to be a little more out there. On the music front, Björk plays a huge role in how broad I’ve allowed my work to become.

What are you presently inspired by— are there particular things you are reading, listening to or looking at to fuel your work?

This is where it gets kind of hard for me. There’s a core to what fuels me, and while fashion, the human form, and other things might be the most apparent, all of these things sort of travel through this main pathway. I deal with really bad depression and panic attacks. It’s driven me to be extremely impulsive and reckless in the past, and saying this out loud to you and for other people to read is—like I said before—my way of trying to contribute to the de-stigmatization of mental health. I don’t believe that it needs to be kept on the low or that it’s something to hide, especially when while it may control you most of the time, it has also shaped who you are; you kind of learn to understand your wounds and live in this sort of tumultuous harmony with yourself.

There are really good days and there are really dark days, but at the risk of sounding egocentric, I’ll stop and leave it, as it’s the things I deal with inside that fuels my work. I have these feelings, and I use them as the foundation; everything else is the vessel to carry that into becoming something real outside of myself. There is zero space between who I am and what I put out there, which makes it incredibly scary most of the time. I feel like I let a small piece of myself go every time I release one of my projects.

Is your work somehow connected to the Central Valley other than by the geographical location of your studio?

I’ve been inspired by the Central Valley. I was born in Stockton but grew up everywhere else, and at a certain point I had the mentality that I’d rather be anywhere but the Central Valley. Coming back here has grounded me, and I’ve learned a lot from the people I’ve interacted with here. I just have crazy love for this place.

Check out Aly Montez and her one-night-only Photo Booth at Symposium’s one year anniversary tomorrow, where she will be releasing her first studio wardrobe.

Aida Lizalde is the Art Programs Coordinator and occasional contributor at Placeholder Magazine. She is currently completing her BA in Studio Arts at University of California at Davis and works as a Preparator at the Manetti Shrem Museum.