As I walked through galleries at the Institute of Contemporary Art in Boston, I looked around and noticed the hyper-alert attendants. Most were white, wide-eyed, and dressed in black. A queer brown boy came and switched places with one of them, and as I approached a painting taller than myself, I heard him speaking on his radio. “Someone just left, and they were crying.” I looked at Roman, my curly-haired companion, incredulous.

“Did you hear that?!” I said. Indifferent to the controversy, he laughed and confirmed what I’d heard. The tall painting, “Shame” (2017), still glistened. It was recently painted, almost wet, created a decade after the more controversial work that was shown at this year’s Whitney Biennial.

Maybe you don’t know Dana Schutz, or the scandal surrounding her painting “Open Casket” (2006), a depiction of Emmett Till, the 14-year-old black boy who was abducted by two white men, brutally beaten, and murdered in Mississippi in 1955. Like a majority of the artists usually shown at the Whitney, Schutz is white. She grew up in a milky neighborhood near Detroit, earned her MFA from Columbia, and is now based in Brooklyn.

What right does she have, to depict a broken, black body, to portray the unfathomable experience of blacks in America?

I wanted to understand why she painted Till. I read countless descriptions of her work and was bombarded with charged words—visceral, grotesque, raw. Till wasn’t the only black icon Schutz painted. The others were pop-stars, sensational interpretations of the black community. She portrayed Jay-Z in an elevator fight, and painted Michael Jackson on the autopsy table. Was Till an attempt to develop empathy, or was this all a stunt for attention, an easy way to further her career through black exploitation? 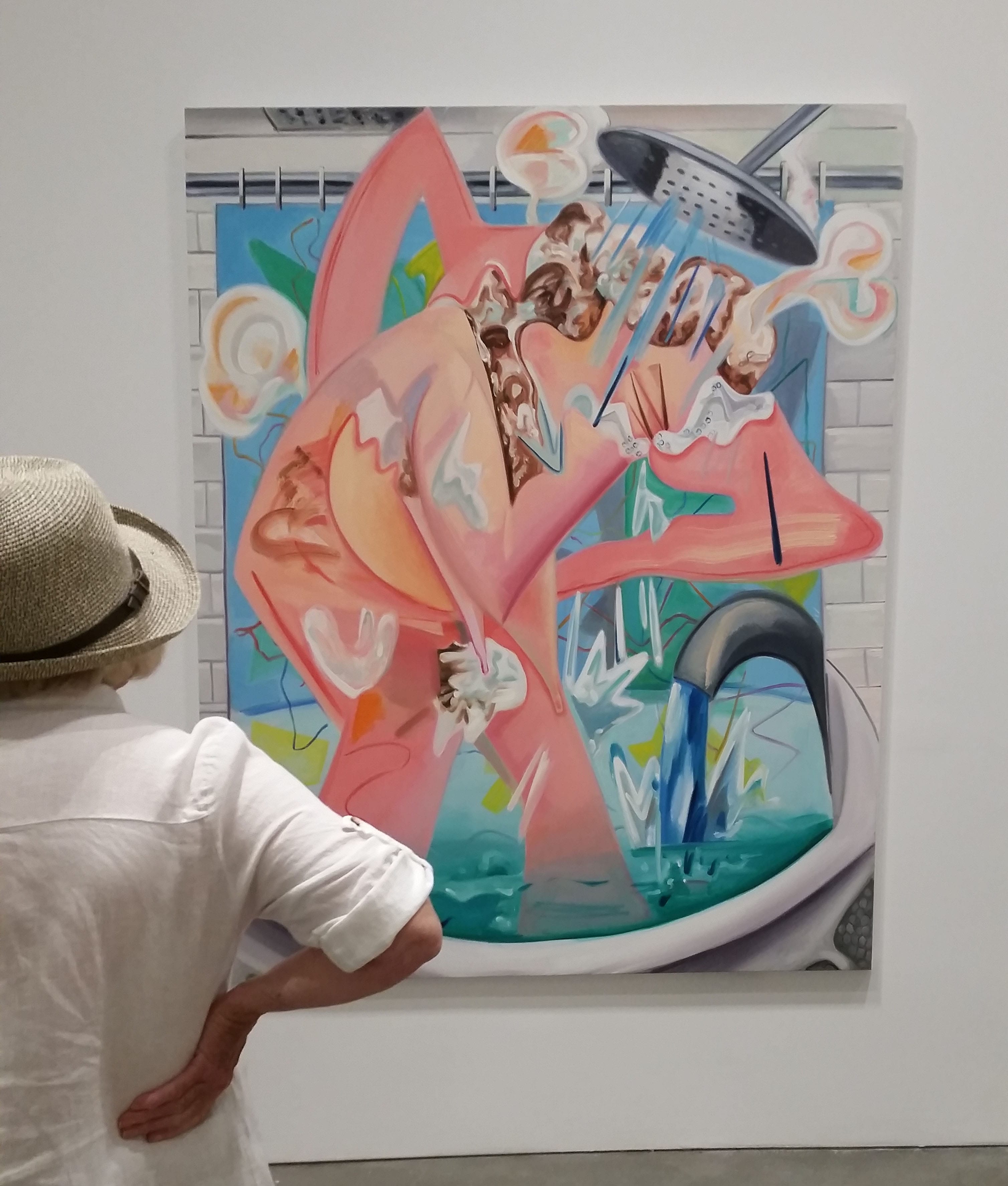 As I continued through the corridors, it became clearer what Schutz was about: Discomfort.

I realized this while staring at “Slow Motion Shower” (2015). But her work didn’t make me uncomfortable, it was more like I was just reading the word itself. And despite the rawness described by all the art critics, I only reacted emotionally to one work, “Smoking, Swimming, Crying” (2009). It was funny, in a terribly relatable, self-deprecating struggle kind of way.

I feel that struggle even while writing this. Who am I to speak on the effects of unwanted white contributions to the black narrative? I am somewhat versed in the art community, I understand oppression and representation as a minority, yet I am not black. 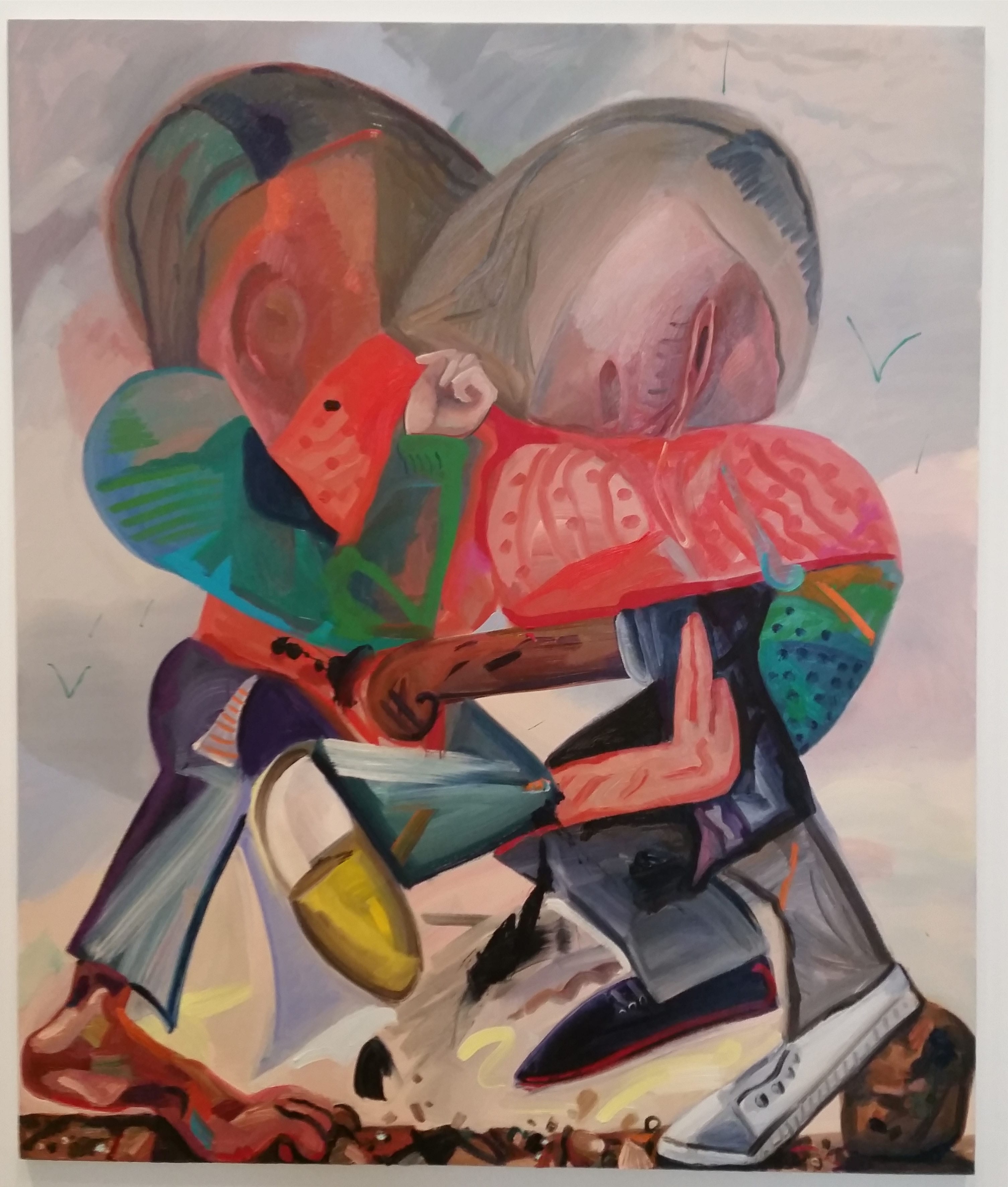 Dana Schutz was contributing to the narrative by representing a black person who was a victim of a hate crime; social representation and visual representation go hand-in-hand. Should Schutz use her platform to speak for an event she did not experience tied to a community to which she does not belong?

Even as a female Mexican artist and an immigrant, I cannot speak for all Mexican artists, or all immigrants, or all women. I can only make work about my personal experience. I keep this line in my work to stay true to myself and not capitalize from others’ struggles. But artists are not obliged to uphold morality in or through their work. 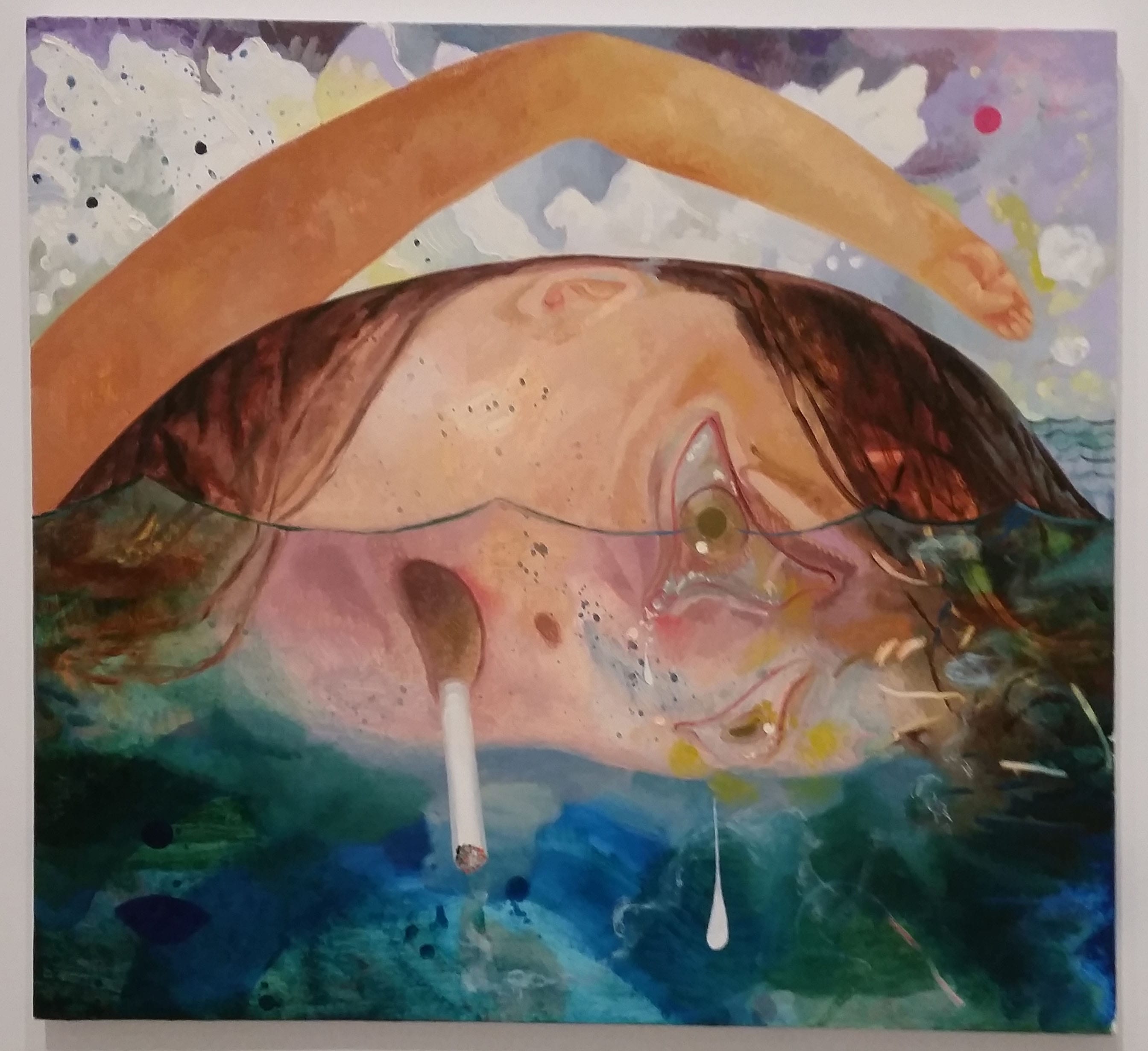 I have a tremendous inclination to support disenfranchised and oppressed groups, rather than privileged, white painters. Earlier this year, I declined a studio visit as a form of low-key resistance. The invited artist was white—an old, male abstract-painter, just like the other 84 percent of guest speakers at the UC Davis Visiting Artist Lecture Series, since 2011. I would have called into work for meeting with an artist that I felt some connection with, like Pia Camil or Sadie Barnette, but not for another old white dude painter.

Regardless of whether a minority group was in the wrong by censoring artworks in a museum, I support them, hoping to ensure power structures move toward equality by assisting minorities to re-gain power over their own representation,. After all, museums don’t have the best record of just, cultural diversity.

There are a lot of stereotypes about what artists are. But art has been redefined and expanded so many times that in this age of pluralism and globalization we don’t have to elevate culture, better society or uphold morality. We don’t have to be social justice warriors. Take Santiago Sierra, who exploits people as an art form. He paid someone to masturbate inside of a cardboard box for ten hours, and paid someone else to be trapped inside a gallery covered with brick for almost two weeks. He paid poor women to stand facing a wall, and prostitutes to get a line tattooed on their back. Sierra is an exceptional artist, but not in a good versus evil way. It’s more crude, effective, and real. A visceral way to portray his concepts to the world. (Schoofs, 2013) 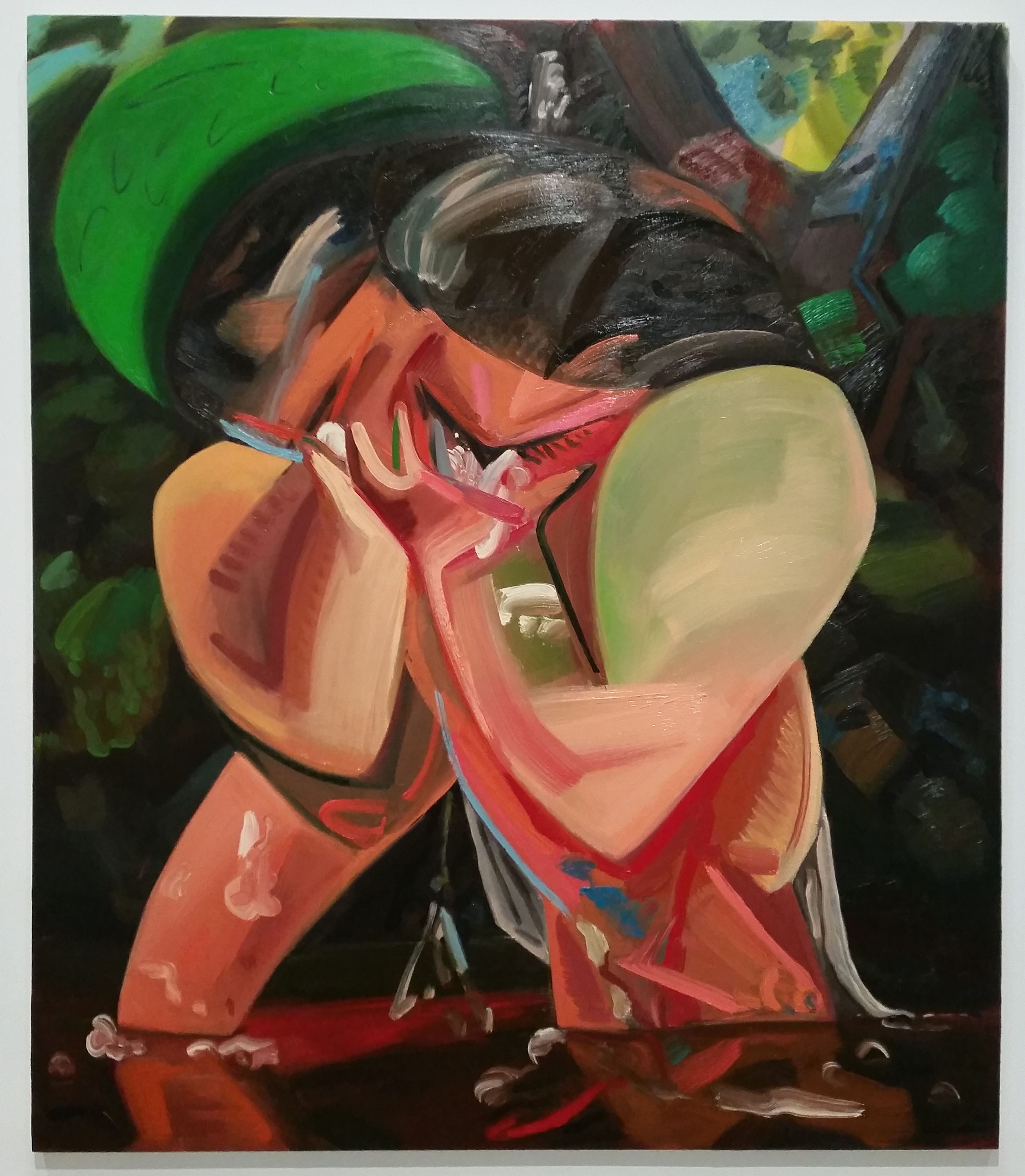 Although I found the show compelling and left less apprehensive about her work, I did not necessarily feel less so about her intentions and insensitivity. None of my questions about identity and representation were answered. I regret being caught up in it, rather than focusing on the wonderful curation in the surrounding galleries, an incredible array of artists of color, like Steve McQueen, the director of “12 Years a Slave,” and Nari Ward, who stole the show with “Naturalization Drawing Table” (2004).

Roman Merino Franco contributed to this article. All photographs taken by the author.