What do shopping carts, punks, and Indiana Jones have in common? Stockton. I had the pleasure of visiting the Reynolds Gallery at the Jeannette Powell Art Center of Pacific University’s Art Department. The gallery is a big open space with lots of natural light, sectioned by two rooms that serve as an art space. The Revolution Will Be D.I.Y. is the current exhibition on view. It is a month-long event composed of installations, collaborative projects, and performances organized by Lisa Cooperman, the new University Curator, Goodstock Productions, and Garrett Daniells. 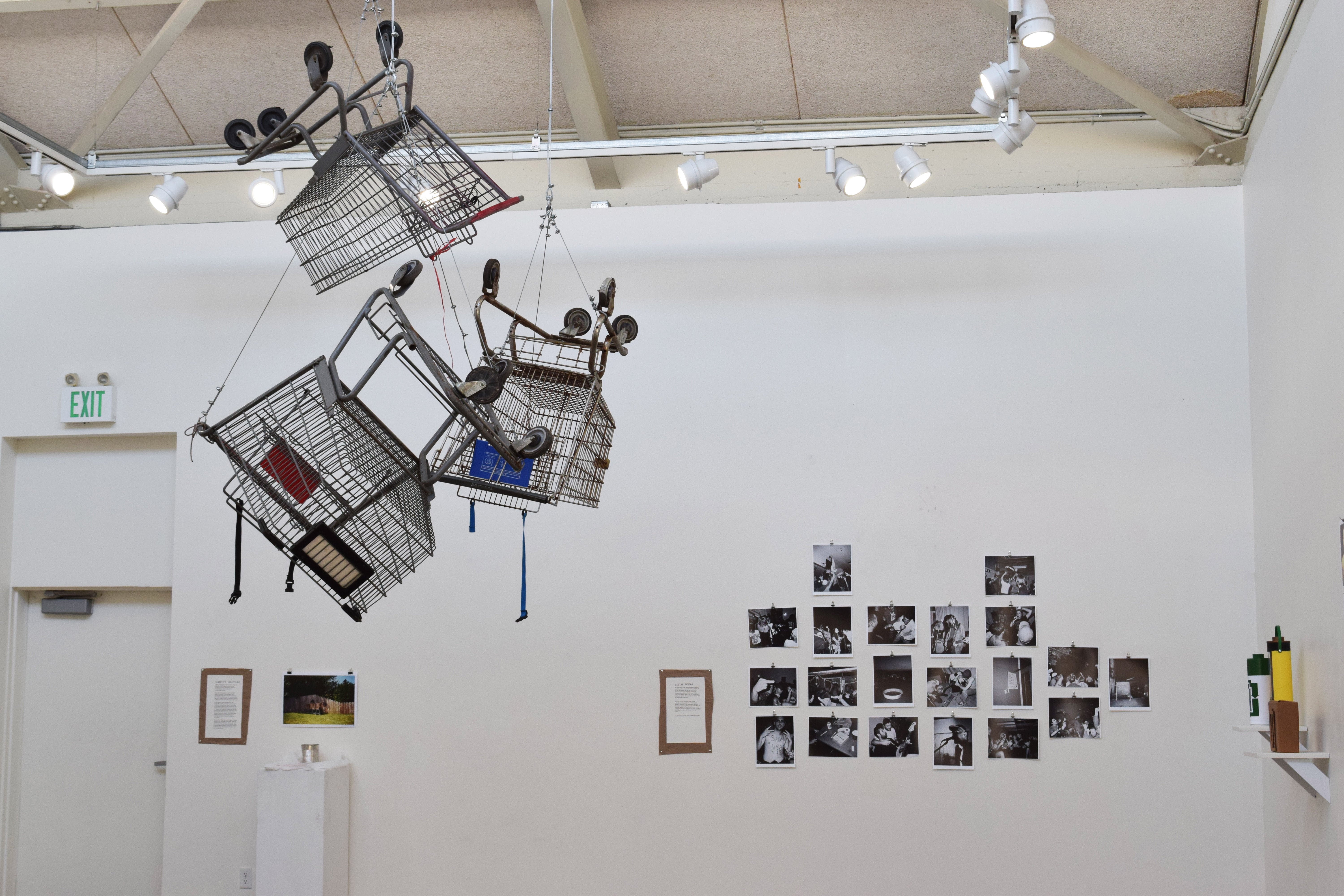 The space is divided modularly by a section with “craftivism” where the public can weave and make t-shirts, and a visual art section in which the work of Garrett Daniells, Jacob Porta, Chad Sengstock, and Hanna Thrasher, is on display. I was immediately drawn to the giant installation in the center of three suspended shopping carts that Daniells authored, titled Desert Cornucopia. The idea for this work is based on food scarcity, the work references food deserts in Stockton and the lack of access to healthy food, both economically and geographically. Daniells’ work is meant to be interactive, in invites the community to bring or take non-perishable foods and other hygiene items, the rest will be donated to Little Free Pantries, a not-for-profit that distributes it to communities in need in the Stockton region.

Desert Cornucopia is surrounded by several photo series by varying photographers representing different Punk Scenes in and outside the region from the 90’s on. In particular, Jacob Porta’s series caught my eye. His solid compositions in genuinely spontaneous situations technically impressive. I also saw some familiar faces in there, but also I noticed they represented a much more culturally diverse scene. Porta described his series as connected to the challenging nature of the city of Stockton and the ethos of the Punk D.I.Y scene and its devotion to the community.

The majority of the subjects photographed by Sengstock and Thrasher are white. Porta’s work…portrays the diverse Stockton music scene.

The majority of the subjects photographed by Sengstock and Thrasher are white. Porta’s work unintentionally portrays the diverse Stockton music scene. For a preview of his work, you can find it online at youthmuseum.party 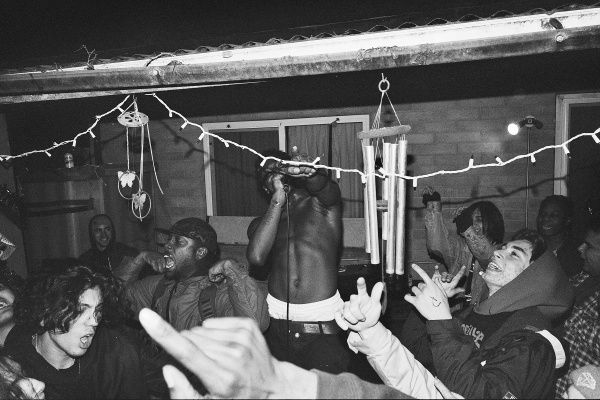 One of the most interesting parts of this exhibition aside from the artwork is the historical material from the University of the Pacific’s archives from the civil rights struggle for racial social justice in the 60’s and 70’s. Also the student body of UOP and the local music scene, which are often disconnected will be overlapping. The exhibition will conclude with a free, all-ages show of Punk and Metal bands NDN Giver, Cheap Shoes, Knee Deep, and xMalcolmx on April 13, 7 - 10 p.m. preceded by an art talk by Garrett Daniells at 6pm on the same day. 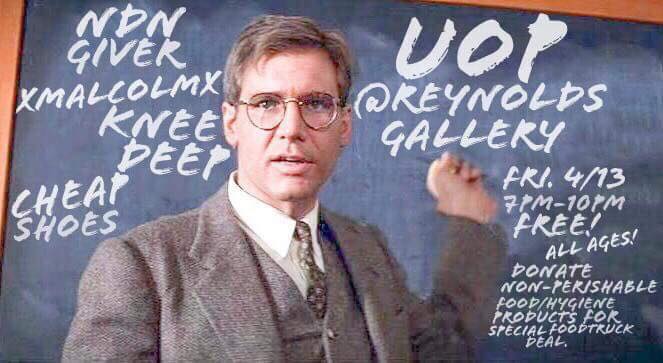 P.S. This excerpt form Indiana Jones’ Raiders of the Lost Arch was filmed at UOP.

Aida Lizalde is a Mexican artist and arts professional based in northern California. She is currently studying Studio Arts and Art History at the University of California Davis. Her professional experience extends over four years of working at both commercial galleries, and non-profit art institutions including the Alex Bult Gallery, Verge Center for the Arts, and the Manetti Shrem Museum.