It’s the spark of drumsticks alive in their rhythm, the casual flick of bass and guitar strings and the mellow wail of a saxophone that catches the attention of the crowd on a Monday night. The space is dim, spotlight shining front and center on-stage as the band proceeds to its next number, a fervent cover of Antonio Carlos Jobim’s ‘Corcovado’ that strips all silence from the room. It’s a magical piece, but only one of the many the group performs on their scheduled nights at the Take Five Jazz Club. The experience of seeing the energy here, as well as in these devoted performers, is a welcome event and a source of great times in Stockton, California.

Giulio Cetto, a stand-up acoustic and electric bass player, is the one to thank. At twenty-four years old, Giulio’s passion for jazz have revived in him his own passion for the genre. This resulted in his contribution to an emergence of the culture in Stockton for the last five years, he organized a weekly night for his band to improvise, practice, and entertain as a free event for the community. Regulars include Mike Quigg on drums, Rick Russell on sax and Arlen Anderson on guitar. On some nights, Cetto even offers rising musicians in the audience to come up and play a number or two. His dedication to hosting and carrying out these events have allowed for the development of a winding-down ritual on Mondays for those who want to smooth out their week with jazz.

Of course, the city sits on its prestigious reputation for the genre. Stockton’s prevalence in jazz stems from Dave Brubeck’s origins, as well as the Brubeck Institute, a jazz immersion program at University of the Pacific that only accepts five students from across the nation to participate in. Cetto is alum of the Summer Jazz Colony.

Giulio Cetto’s experience and prowess as a musician is apparent. Having played across most of California (from Humboldt to Los Angeles to Sacramento) and even parts of Nevada, Cetto now embarks on his latest endeavor—a year-long tour across Southeast Asia through the company El Live, which books musicians and puts them into bands to perform at five-star hotels in countries across the world. As a hometown hero gracing spaces with his unique sound, we sat down with him to ask a few questions:

What was your start music-wise?

I started as a singer, got on violin at about six or seven. Played the piano shortly after and eventually switched to bass in the summer of eighth grade.

My parents are both musicians, so music’s always been around. My father is a choir teacher/director and has a doctorate in music. And my mother went to the Boston Conservatory as a pianist. I was exposed to music at an early age, so for me there’s nothing else I’d wanna be.

Definitely the improvisation aspect of it. You can be creative and on-the-spot, it’s nice to be open and free to everyone’s input and suggestions—that’s what sets it apart from rock and roll. Jazz is a communicative “playground,” you kinda get to participate in a discussion in songs and you’re in a relationship with your band, so to speak.

Improvising is strange though. Living in the now is a weird place to be—it’s like you’re running across the river when you’re jumping between rocks. You’re not prepared, but the moment is just coming at you, so you have to just go for it. 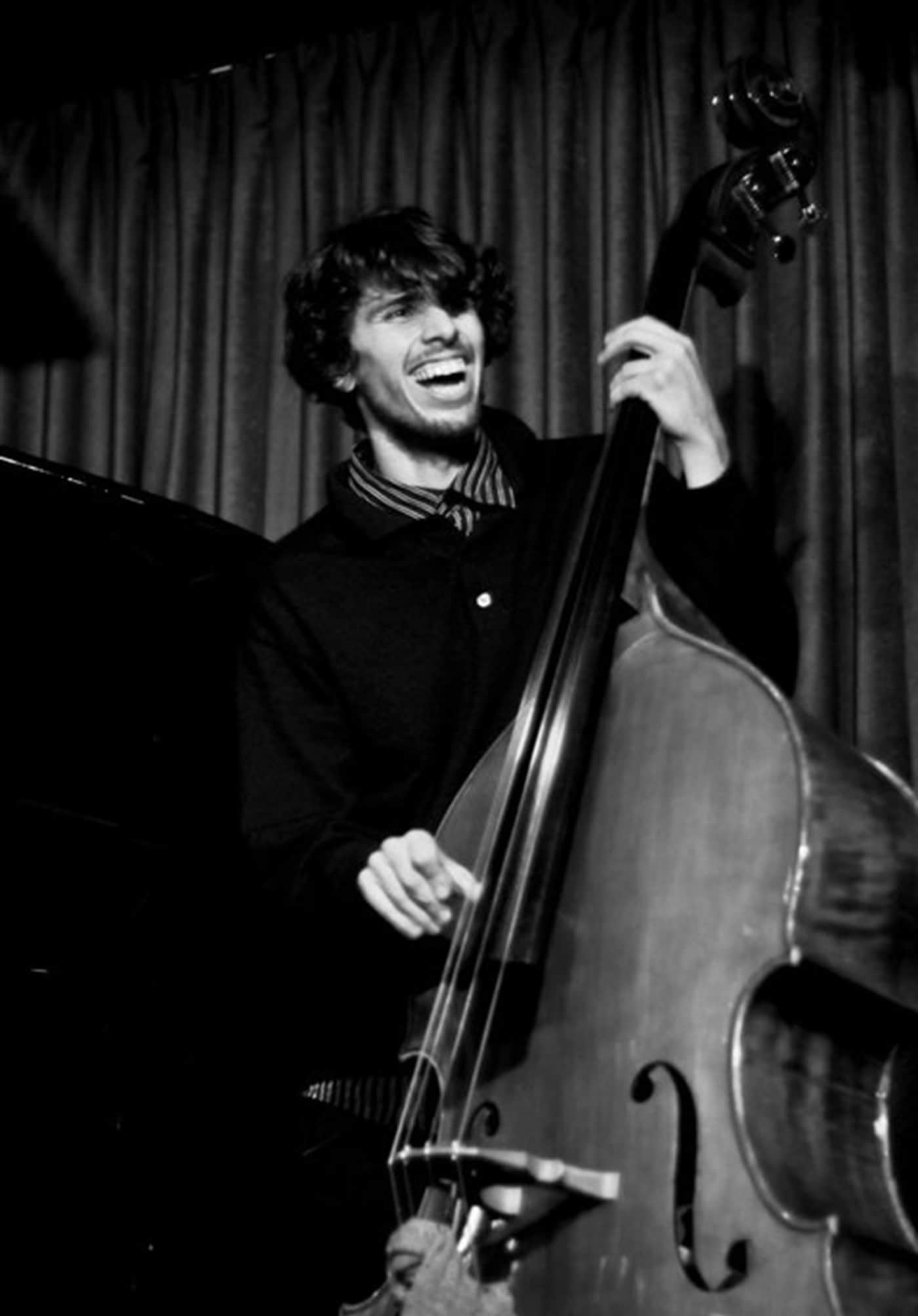 Tell us about your experience organizing these Monday Night jazz jams and the effect its had on the community.

Running the jam session for four or five years now, you really see people grow as musicians and get inspired. Some guys have had their first times singing with us, and it’s nice to see people learning from us and finding new appreciations for the genre. In a lot of ways, it’s really opened up the gaps with the young people finding an interest in older music (so to speak) and the older folks finding energy in the enthusiasm our group has to play. It’s a stepping stone for people to realize that you can go farther with music, that you can aspire to do more than just play.

The jam’s been all sorts of places. It started at the Blackwater Café, but that place closed down so we went and started playing at Empresso Coffeehouse. Eventually we were able to get the session going at a real jazz club, the Take Five Jazz Club at the Valley Brewing Company, and that’s where we’re at now.

How do you think Stockton has influenced you, as a person and as a musician?

I think the city has definitely humbled me and changed my attitude on a lot of things. You see lots of different types of people, and different things going on all in one place and it sort of prepares you in a way that nowhere else could. Our city is a place that is ignorant in ways but people are aware and trying to make the best of it.