Business development firm Tuleburg recently brought graphic designer Aaron Draplin to Stockton, where the renowned designer gave an entertaining lecture about all things graphic design and promoted his new book, “Draplin Design Co.: Pretty Much Everything.” The event, which took place in downtown Stockton’s Federal Building, was nothing short of lively—an evening bursting with inspiring design talk, Draplin’s comical presentation style, but more importantly, I was able to catch up with Stockton-based indie band Los Beekeepers.

Spearheaded by product designer/musician Andrew Hemans (vocals, guitar, piano), Los Beekeepers is made up of Mike Gonzales (lead guitar), Oscar Mata (drums) and Brandon Morgan (bass). As the opening act, they kicked off the event with a rendition of “Thoughts About Stuff, And Things, I Guess,” a piano-laden song performed by Hemans. The band continued the momentum with the catchy “Geology Rocks,” and finished their set with “Commencement.” With a room full of sixty or more people, the atmosphere was definitely a friendly one, and the music served as the best icebreaker before the lecture itself took place. After the fun (and funny) presentation, I got the chance to interview Hemans about everything Los Beekeepers, including their latest album, “Total Bummer,” which was released digitally in March 2017 and is currently available on Spotify and Soundcloud.

AR: Could you tell me more about Los Beekeepers? What’s the history of the band, and how did you guys get started?

AH: Me and Oscar and Mike—Oscar plays drums and Mike plays lead guitar—we’ve been playing together for probably about 10 years now. I knew Oscar from high school…and Mike is someone that I met through a mutual friend. We just started jamming and working together, and we brought it all together.

We used to have a different name—we used to be called The Yankee Racers, and that was a reference to this movie Rushmore, which is my favorite movie. Then for some reason at some show I was like, “Let’s book it under a different name, just for fun,” because no one knew who we were anyway, and I had always booked shows under my name or under Andrew Hemans and the Yankee Racers.

I decided to book a show under a different band name, and I chose “Los Beekeepers” because there’s a [beekeeping] club in that same movie Rushmore, the Rushmore Beekeepers—their logo is the bee, and then “Los” because I didn’t want to be like “The Beekeepers” or anything like that. So just something a little different. We actually recorded two albums. The first one is called “Growing Up Grizzly,” which is on Spotify as well [as “Total Bummer” which is our newest album.] 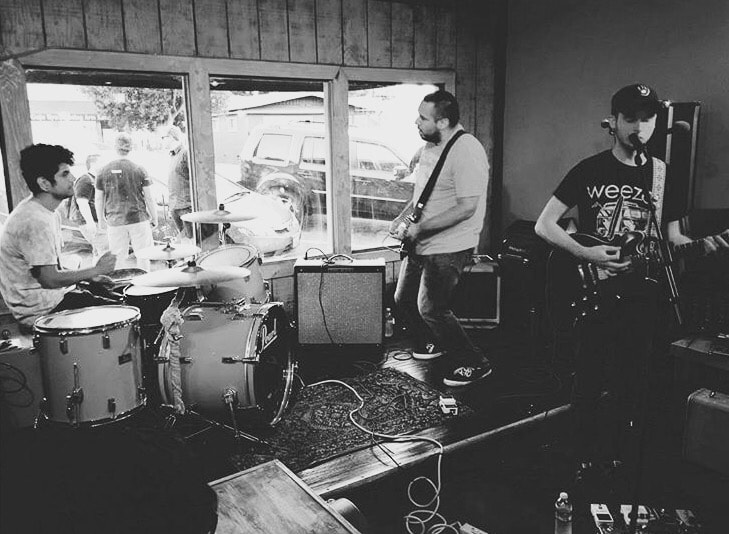 AR: What is your songwriting process like? How does the band go about writing music and then recording it?

AH: Traditionally, I always write the songs on my own, just on acoustic guitar or piano. Then [I] teach it to the band in some way, and every song is different as far as the songwriting process. With the last album [“Total Bummer”], I wrote and demoed everything myself. I wrote all of the songs over about 2-3 years when I was in college. I just did everything acoustic; I would record it on my phone, and then I would send it to the guys and they would get familiar with it. But we didn’t really write other parts and learn things until it came time to record the album. I ran through everything with Oscar; he wrote all the drum parts. Then we went and recorded the drums and my rhythm guitar stuff. From there, I wrote lead guitar parts to some of the songs; anything I didn’t write lead guitar parts, Mike wrote—either a month or so before he recorded them, or just in the studio he would come up with them, and I would give him feedback. He does a phenomenal job of coming up with stuff on the spot that is catchy, and he really creates this layer of energy in all of his songs.

On the last album, we split bass duties. So, I recorded bass for half the songs and he recorded bass for half the songs. That’s kind of our songwriting process, which is interesting, because we wrote as a three piece. We have rhythm guitar on the record, [and] lead guitar, which is kind of layered, [so] there’s multiple lead parts. We needed a fourth person to play these songs live. So my friend Brandon, who’s band I used to play bass for, he learned all the bass parts that we needed to play live—Mike sat down with him and taught him all the parts, or he came up with stuff to play live. So it’s pretty cool. I’m really happy to have him in the band, he’s a full member even though he didn’t get to write with us.

AH: Yeah, It’s a four-piece band. Tonight at the [Aaron Draplin] show that you saw, Mike couldn’t make it.

AR: Right. So going back to your album, “Total Bummer,” how do you feel about its release?

AH: It was really cool; we only released it on Spotify so far, so it’s just digital. I’ve gotten a lot of good feedback from people that I know and even strangers. It’s been cool that people that I’ve never interacted with just email me out of nowhere, “Hey I heard your album and I really like it.” I follow the numbers of plays, and when we first released [“Total Bummer”], we were getting a lot of plays, but now it’s dying down, and it’s affecting my emotions. I’m like, “Aww man I wish we were getting as many plays as we got when we first released it,” but that’s a marketing problem, and I’m not a marketer.

This is my hobby. This is my passion. This is what I do to unwind from work and life. Music is my therapy—I always say that, so

I’ll never make money off of it, but what I do want from it is just for people to listen,

you know? That’s all I want. 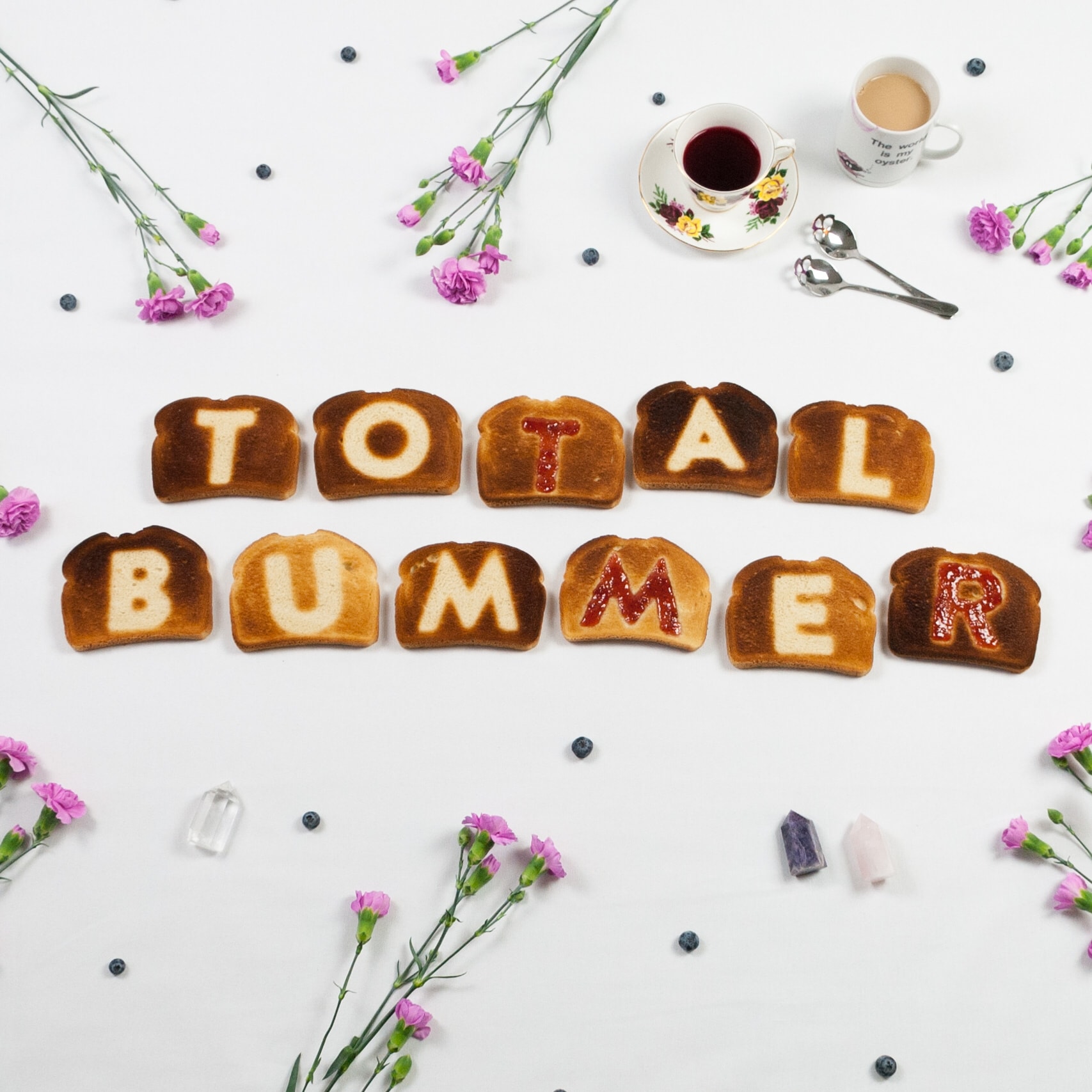 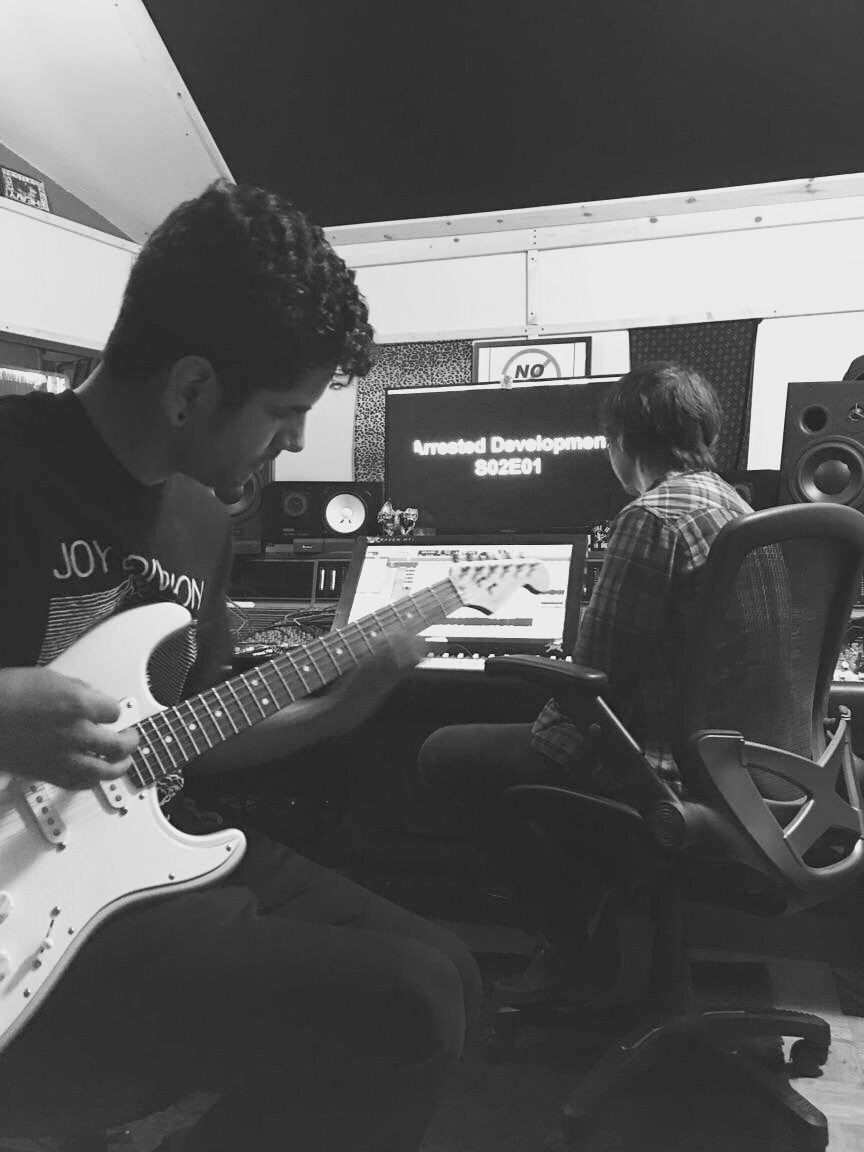 AR: I thought you did well today at the show. How do you feel about the band’s performance?

AH: (laughs) I really miss Mike. I wish we had our lead guitarist. I miss that, and I know that it’s kind of a weird room, and we didn’t do a sound check, so the volume was off on some things. Since I live in Hayward, and the rest of the band lives in Stockton and Lodi, we don’t get to practice as much. My friend Shawn, who I was talking to earlier—I love him and I respect him as a musician, he’s a really good musician—came up to me and said some really nice words to me and that made me feel a lot better.

You never know how good you do until someone else tells you.

You know what I mean? A lot of shows I play I’m always like, “That was the worst show I’ve ever played.” So it is what it is, it’s just the emotions of being a musician. You know you’re always your own worst critic.

AR: Do you think, or has where you’re from kind of affected your music?

AH: Yeah, definitely. Our newest album, “Total Bummer,” is more personal and about relationships that I’ve been in. But our first album, “Growing Up Grizzly,” has a lot of songs about my family, but there’s also a lot of things that are really, allusions to growing up in Stockton. Some songs, like “The Wrath of Man,” which we played tonight, is about growing up in Stockton and the house I grew up in, my parents selling that house, and the emotions that have to do with that. So, Stockton has affected us, and I love telling people I’m from Stockton, because I’ve always loved being from here—the good and the bad, you know? You have to take it for what it is and sometimes it’s really hard to deal with the bad things in Stockton, or in the past when the music scene wasn’t really that great and people weren’t coming out to shows. That was really hard. But I’ve actually found that since I’ve moved away, I find myself coming back a lot. People here are so much more excited and interested in music and the arts than they were six years ago. 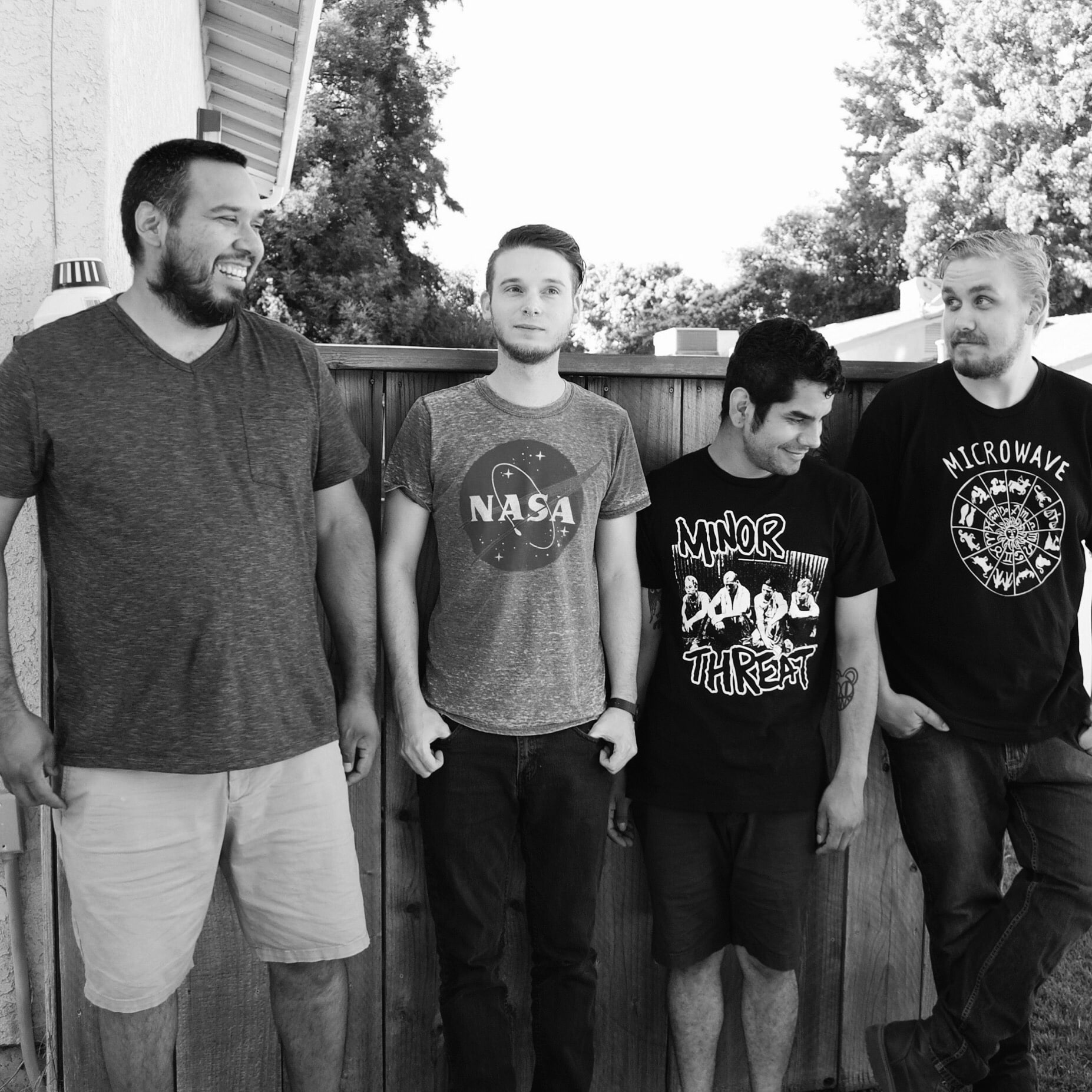 AR: So what’s next for Los Beekeepers? What do you hope for the future?

AH: We released our album digitally. We’re gonna have cassette tapes of the album pretty soon, so we’ll have some physical version. We might get CDs—I’m not sure about that, but we will definitely have vinyl sometime this year; I just don’t know when, so that’s the next big thing for us. And we just want to play a lot of shows anywhere we can, you know Stockton, Bay Area, Sacramento…. I’m kind of writing new stuff, but I’m not really focused on that or worried about it yet. I really want to support this album since we put a lot into it, and we’re really happy with it. And another big exciting thing is Mike, our guitarist, is having a baby in July, so that’s exciting. It’s not really Los Beekeepers related as much but I’m just excited about that and happy for him.

Los Beekeepers is scattered all over the interwebs. Check them out on their Facebook, follow them on Instagram, and listen to their music on Spotify and Soundcloud for upcoming shows. Los Beekeepers is passionate about creating music and sharing it with everyone around them. They’re always looking for new shows to play at too, so if you want them to perform for your event, let ‘em know!

Angie is the Fiction/Non-fiction Editor for Placeholder Magazine. She is a native of Stockton, CA and graduated from UC Santa Cruz in 2015 with a B.A. in Spanish Studies, and a Minor in Literature. She’s studied abroad in Madrid and wants to travel cross-country by train. Placeholder, Angie spends her time volunteering for Tuleburg Press, listening to political podcasts and whipping up chocolate-chip cookies.