Painted rocks have been popping up in unexpected places across California’s Central Valley.

River rocks dot sidewalks and storefronts, while pebbles peep down from trees, gazing at seekers with their googly eyes. Rock hunting is a phenomenon sweeping the city of Stockton thanks to one woman, Eileena Mendiola, who fuels the quest for positivity.

Mendiola is the founder of the Facebook page “Stockton Rocks,” encouraging over eleven thousand members to paint rocks and hide them with their families.

Mendiola started the page when her son found a painted rock while vacationing in Santa Catalina Island. She and her son brought the rock back to Stockton with the goal of leaving it to be found by someone new.

“I am amazed how quickly it [Stockton Rocks] grew,” Mendiola commented. “It has brought so many people together. When you’re out at parks and meet someone hiding or finding rocks or … buying paint for the rocks, [they have] a story of their first time finding rocks.” The Facebook group, which grows daily by the dozens, encourages members to post photos of their creations or rocks they have found. Some members share stories about how a simple rock has impacted their lives. 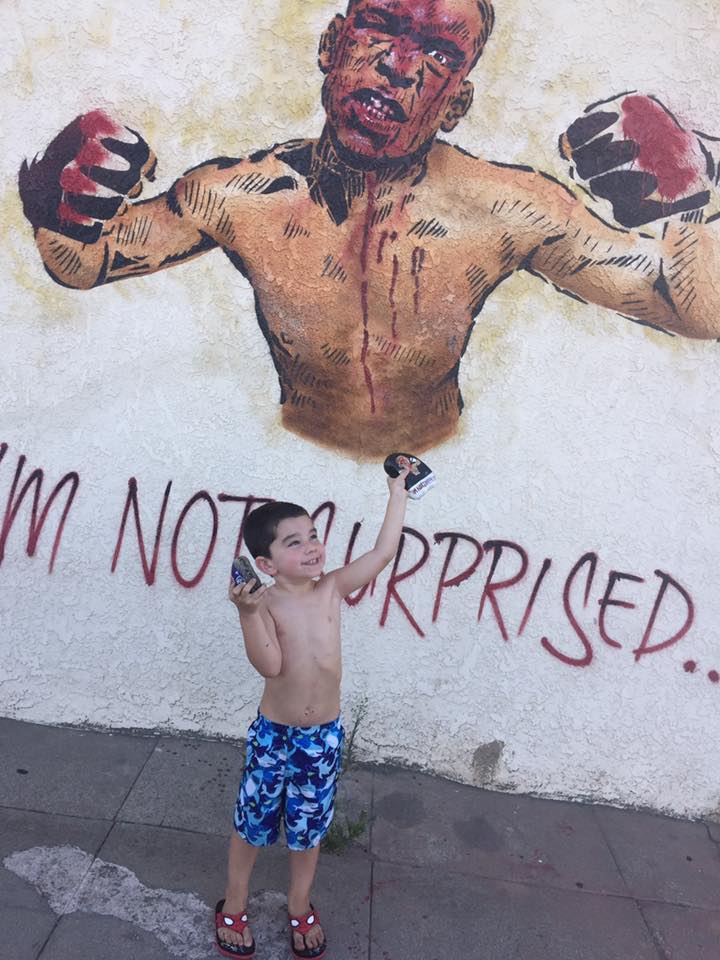 Every time a group member hides a rock, he or she leaves a part of themselves behind to be embraced by someone in the community. One member created stones of remembrance and recognition for victims of colon cancer, while others leave their own names or memories. Sharing colorful mementos of personal expression brings communities closer, as they come to learn and understand each other through art.

Michelle Weiler, a member of the group, explains, “Not only is [finding and painting rocks] something positive, it’s a family bonding experience.” This is the case for many Stocktonians who feel a need for safe outdoor activities in their communities. Every week it seems as though options for outdoor summer activities diminish. Three playgrounds have been burned and rendered unusable within the last year. Group members lament the filth of some Stockton parks, which they combat by picking up trash whenever they rock hunt. Even daytime violence has pushed people out of the city’s largest parks.

As of July 6, 2017, Stockton has been the setting for twenty-three homicides. While this number is down from previous years, many Stockton residents are feeling bogged down by the weight of death and danger. Painting rocks has become a therapeutic escape that pulls kids out of the house, brings families closer, and even has neighbors looking out for one another.

In one heartfelt post, group member Maryann Merritt describes the recent loss of her brother and how an artist left her a token of compassion. The minute she received the call of her brother’s passing, she saw the rock. Merritt writes, “I was so upset at that moment, but [I] reached out to Stockton Rocks, and the artist of this rock made me another one.” A cheerful yellow bee was painted on the front of the rock with the words “Bee Happy.” On the back was a dedication to Merritt’s brother. 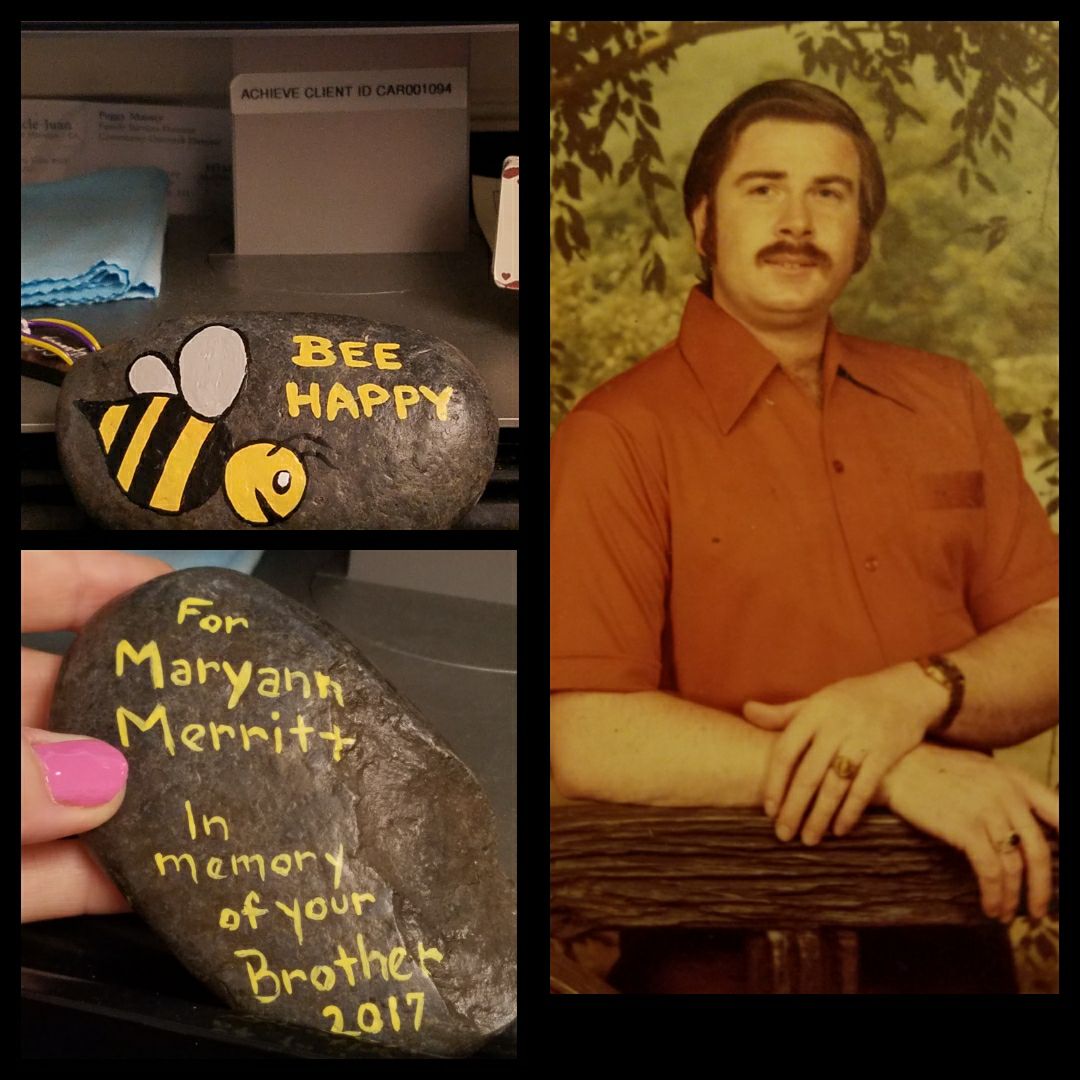 Another poster, Jesse Lopez-Recomio, recounts how a Ghostbusters rock inspired her grandson, who has autism, to take interest in art and rocks. When he saw the rock with the iconic Ghostbusters logo, he was “so excited that he asked me if he could draw it,” Lopez-Recomio writes. Her grandson painted a new rock with the logo and was immensely proud of himself when it was used in a school’s rock hunt.

Painting rocks not only brings people together, but the creative activity has brought out people’s inventive talents. Designs range from realistic looking fruit, to caricatures of celebrities and cartoons, to Mod Podged magazine clippings and stickers. Others include inspirational sayings for those who need them most. Whenever someone designs a rock, there will often be a message on the back: “Post to Stockton Rocks.” 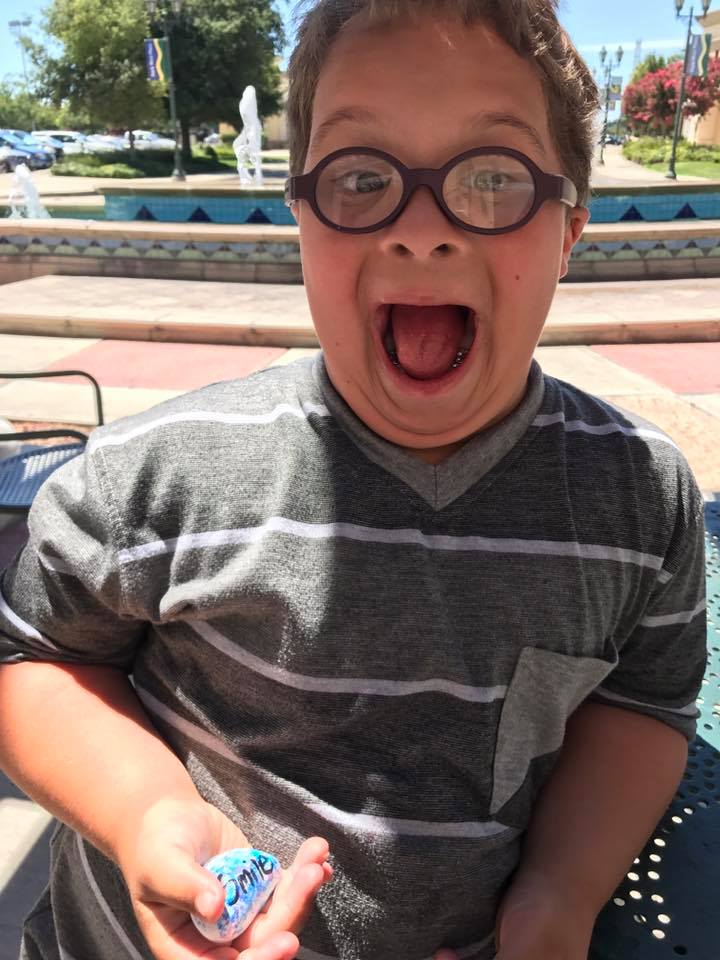 For many, hiding the rocks is nearly as fun as finding them. When group members see their rocks posted to the group page, they feel satisfied knowing they’ve brought joy to a fellow Stocktonian’s day. However, elation doesn’t end when a rock is found; for every one rock that is found, one must be hidden. This cycle of hide-and-seek aims to include everyone in on the fun, with an equal opportunity of unearthing a not-so-clandestine art.

Special thanks to the wonderful members of Stockton Rocks for sharing their stories and for letting Placeholder Magazine use their photos. Keep spreading that positivity! 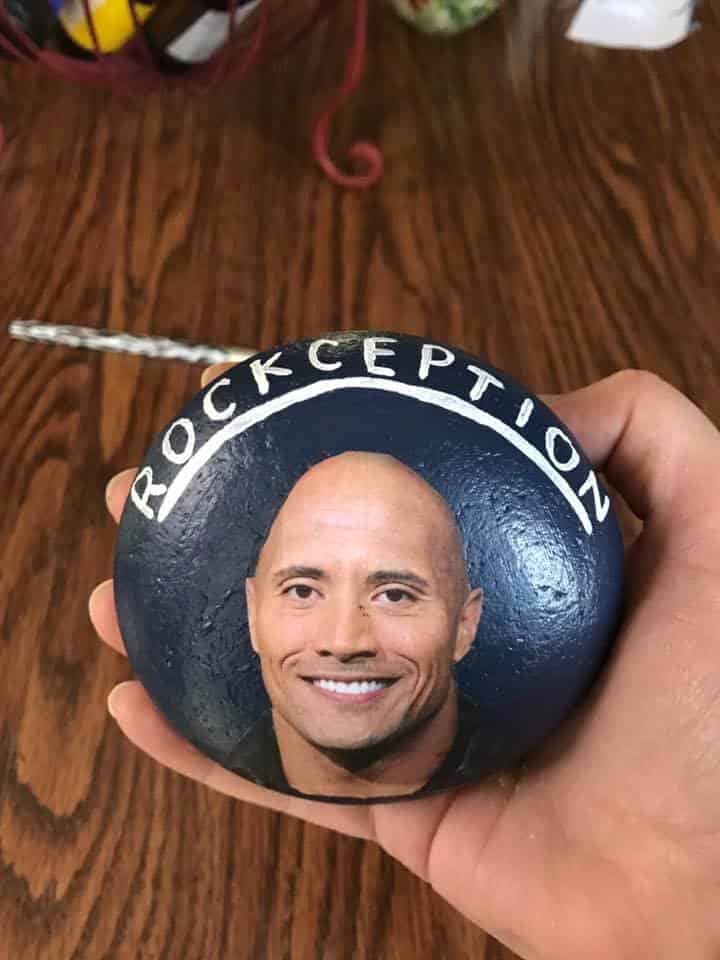 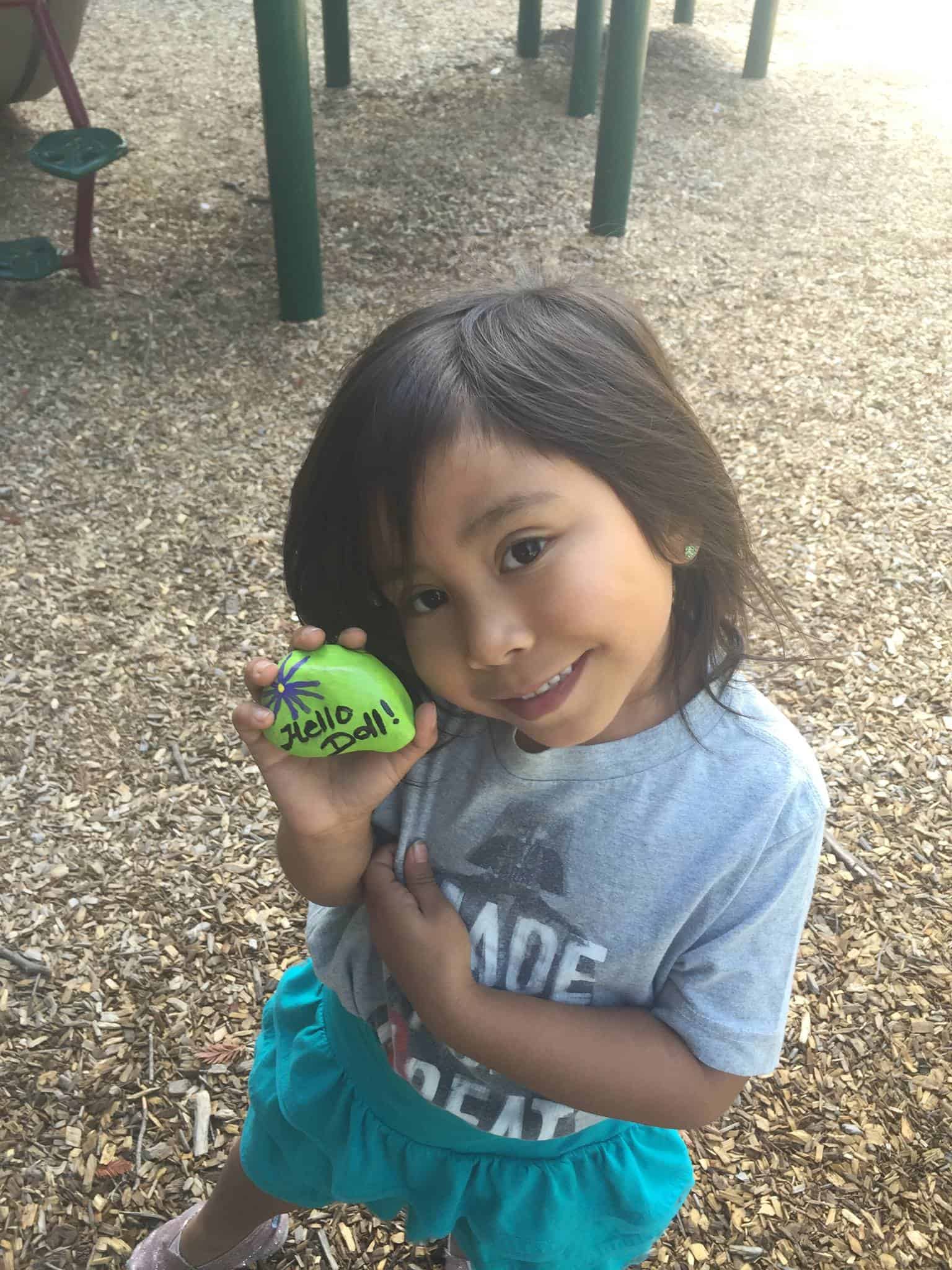 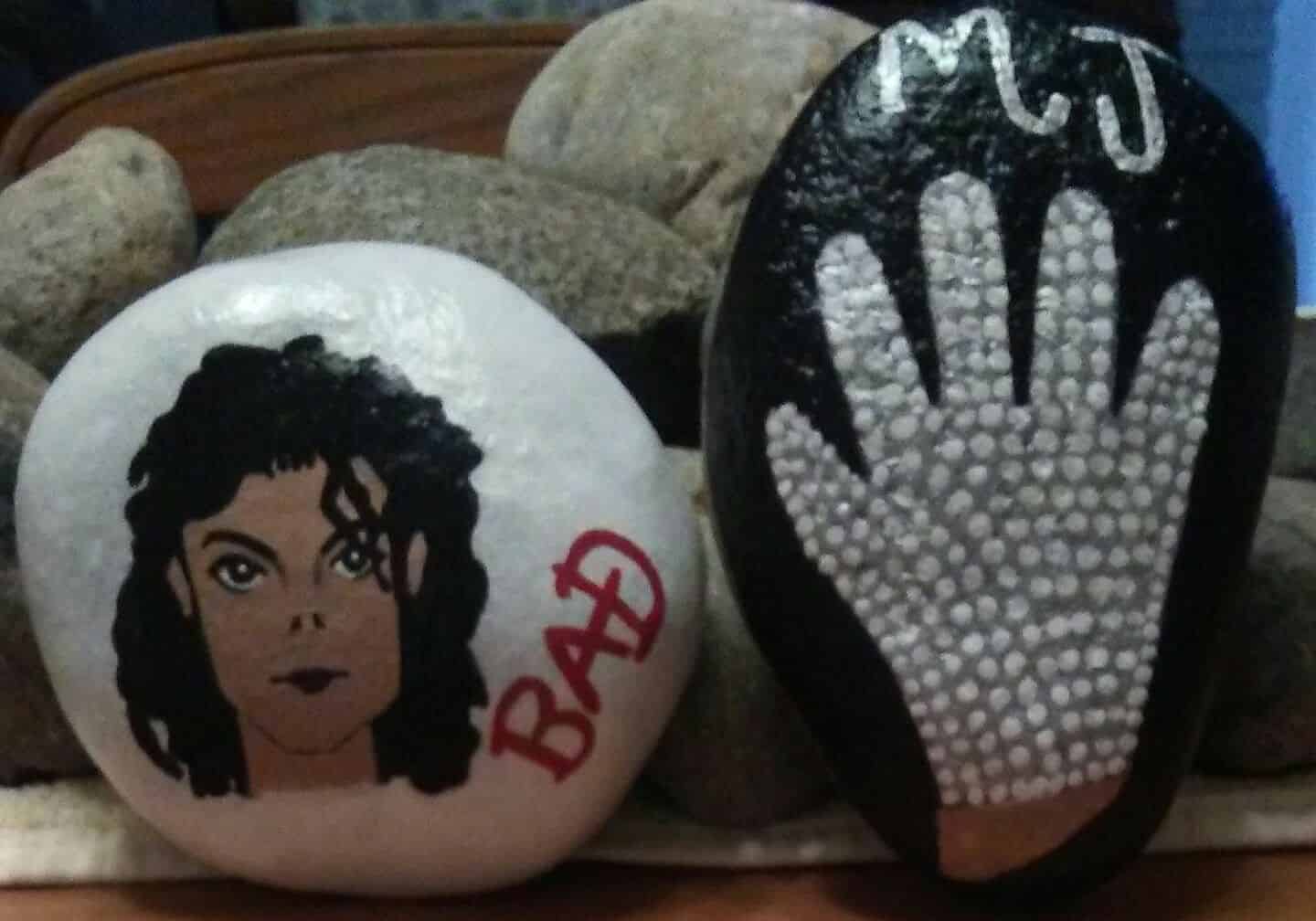 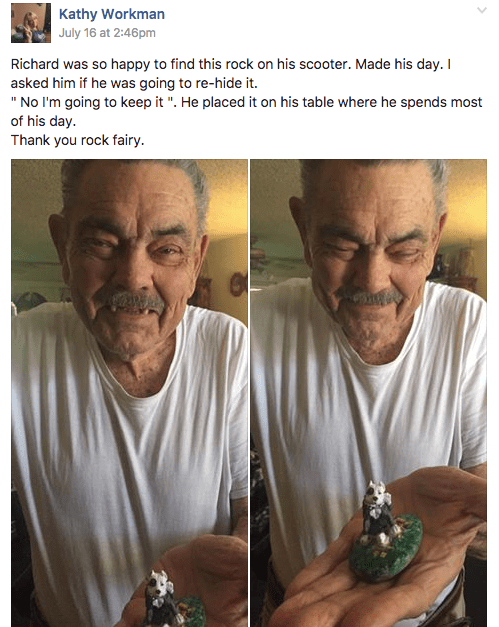 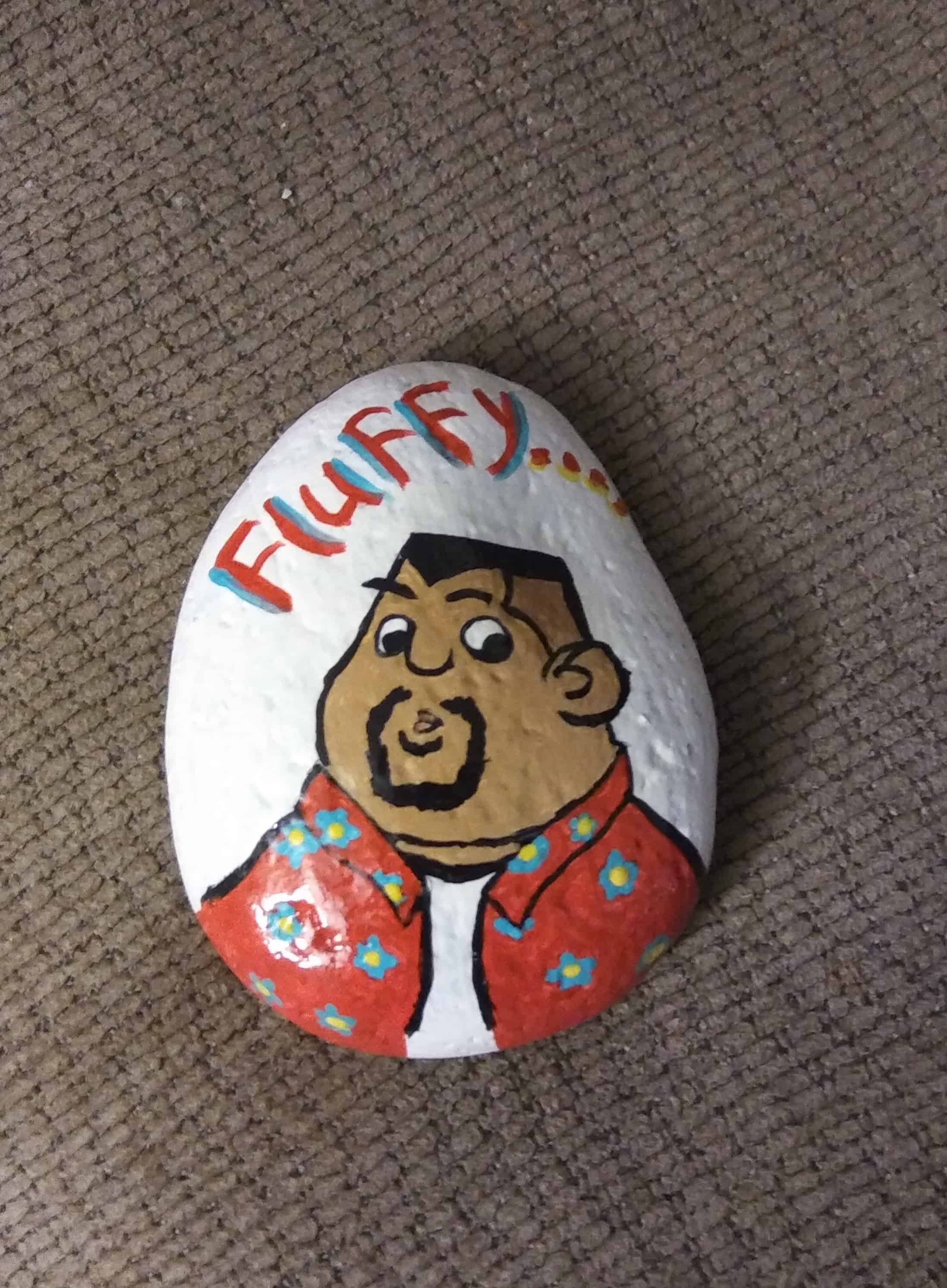 Summer Migliori is Placeholder's editor in chief. She is a Stockton native and a graduate of Media Studies and English at UC Berkeley. Summer can be found writing for and editing various publications when she's not tweeting, criticizing TV, petting stray cats, or working in philanthropy. She's a firm believer in the importance of memes and facts in a post-fact world.