On Aug. 22, 2017, Amazon announced the coming of a warehouse to Southside Stockton. Many see this as good news— after all, it’s touted to bring over a thousand jobs to the city. These jobs pay above the minimum wage, include benefits, and require a variety of skillsets. There will be a need for “pickers” and “packers,” but there will also be demand for security guards, drivers, IT specialists, medical services, janitors, and every other type of job needed to fill and operate a 600,000 plus-square-foot warehouse.

In many ways, these jobs will bring some security to residents in Stockton and surrounding areas, but how long will it last? Amazon is replacing physical storefronts, and they’re doing so with robotics. The company shows that even with the increase of robots, hiring is on the rise due to an increase in demand for Amazon products; however, these jobs are not “new” jobs.

Amazon has nationally out-competed big-box stores (e.g. Sears, Circuit City, Sports Authority, and Borders) and countless mom-and-pop shops. Over 60,000 retail positions were cut in the first half of 2017 alone. According to a report from 2016, “counting all the jobs in Amazon distribution centers, Amazon sales produced a net loss of 222,000 retail jobs (an increase of 29 percent) nationwide.” Not only that, but the closure of physical stores over its digital competitors lead to a loss of property tax, rent rates, and property values.

The only reason why there will be 1,000 jobs at Stockton’s newest warehouse is because the field of robotics still can’t replicate the human hand. How would a robot know the angle and force of pressure to apply when picking up the many objects we order online: shirts, pottery, bread, or business casual husband pillows without damaging them in the process? Something so trivial for us, like petting a dog without crushing its skull, is still very difficult for machines.

I recently worked the Singularity Global Summit, and I had a chance to listen to futurologists, idealists, and wide-eyed geeks. One thing was clear: the future is coming, and it’s happening faster than we can adjust our fragile economic systems. Just recently, India banned self-driving cars, because it would take away too many jobs. But that’s not stopping car manufacturers from continuing their research.

Similarly, Amazon is a leader in robotics, which will help the company become more efficient and consistent. The company currently “employs” tens of thousands of robots, a key piece in their system that help shave off that extra dollar or two from your dog food versus the market down the street. Free shipping and a smiling box later, you reap the benefit of robotics.

My partner and I worked with these robots at the Amazon Fulfillment Center in Tracy, Calif.. I was a picker, and he was a packer. We worked ten hours a day, four days a week. During training, we were warned that we would be in physical pain from long hours of standing. We bought new shoes with lots of padding.

I’ve worked in retail stores, call centers, restaurants, and medical offices, yet working at this warehouse was the hardest job I’ve had. As a picker, my job was to pick items from tall fabric shelves and place them in a bin. I performed my duties alone in a 5-by-8-foot space for the entirety of my month-long employment.

Large, yellow shelving towers seemed to float towards my station, until I noticed little orange robots that looked like oversized roombas carrying them throughout the warehouse. Before Kiva, pickers had to run around the warehouse trying to find items. Some walked or ran more than 12 miles a day and one worker with heart problems died while working. Now, we just stay at our workstation. 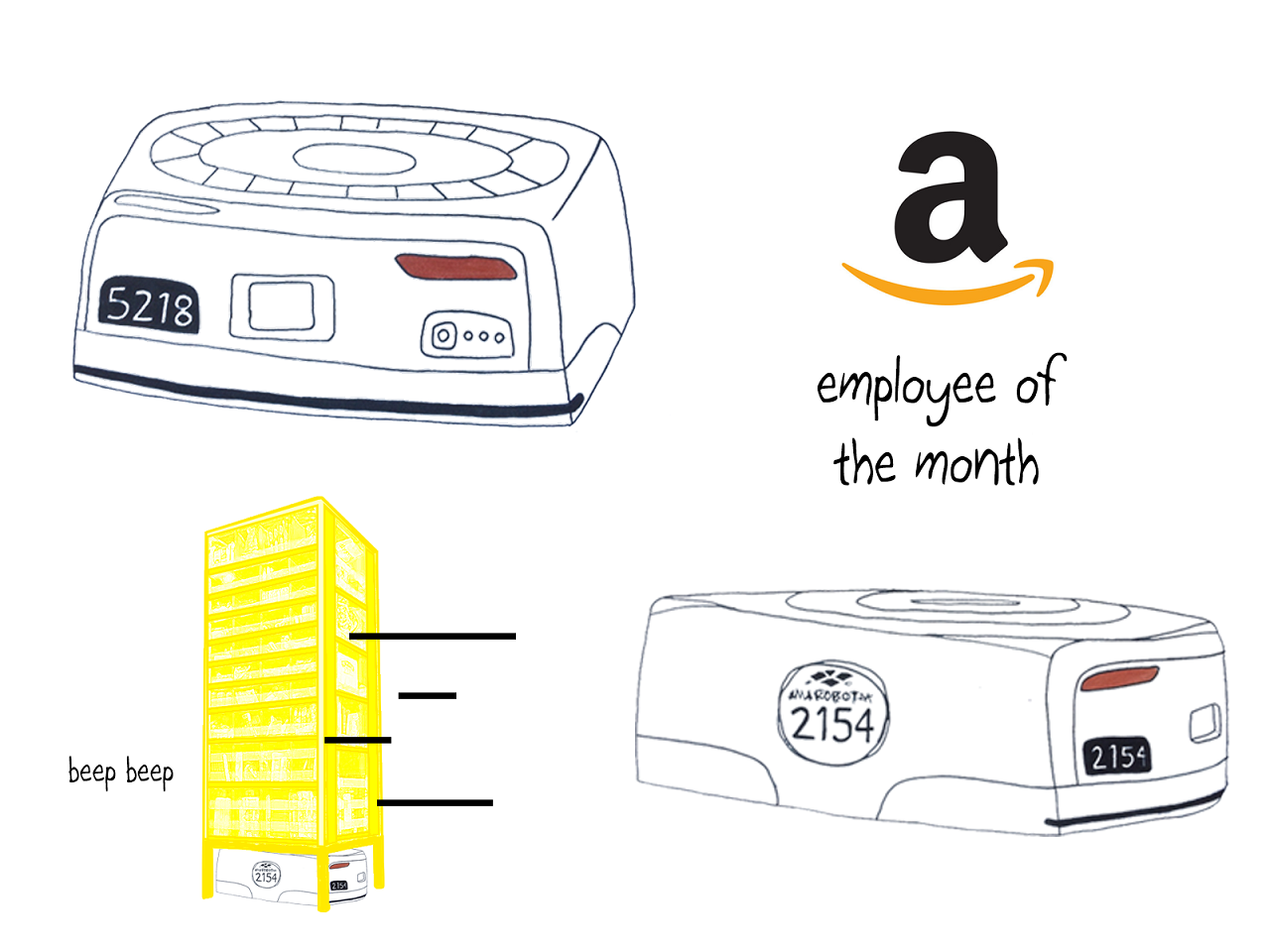 I nearly turned into a robot. They call these robots Kiva, which were introduced in 2014. The bots reduced the time it would take to fulfill an order from 90 to 15 minutes.

We are not far off when Amazon will replace its fleshy employees for a handsy silicone robot. The company is committed to solving that problem. They just announced their second annual competition in Tokyo where participants will try to solve this problem for a prize of $250,000, in addition to a possible partnership with Amazon. How close are we until we develop robots that can substitute pickers and packers? About 5 years. 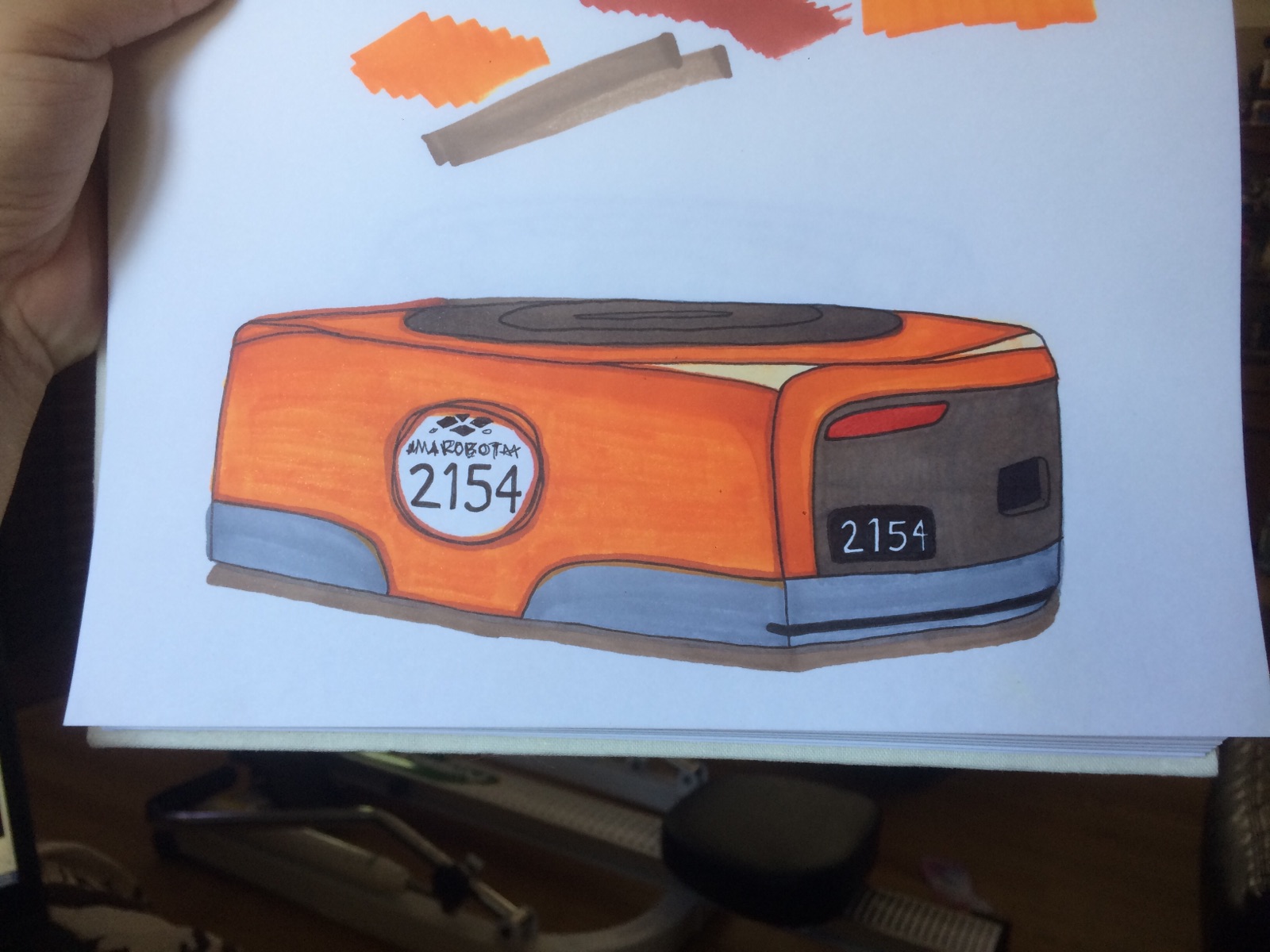 Make no mistake, these robots will replace humans just to save us an extra two or three dollars on this bag of unicorn farts. And when that happens, we can only hope that our mentality and economy has adjusted so that we don’t have to compete with robots, but we can improve our quality of life. Or perhaps it’s time for all of us to vote with our dollar, if we want to keep a small business open, maybe we could spare the extra five dollars.

Cruz Arredondo is a Texas-born Stocktonian and organizer for Placeholder Magazine; she loves dogs and is the owner of @stocktondogs instagram. Javier Padilla is an Oakland resident and geographer that analyses places, people, trends, and statistics spatially and occasionally writes about them.