Everyone comes from somewhere. No one gets to choose where. Some of us just happen to come from places like Stockton. Stockton is a place caught for a long time between developer’s money and down home culture, a profound poverty and profound sense of humanity buried by naysayers. It is a place that has often been looked past by locals and travelers alike.

I find it important to remember that though places like this don’t have movies or books about them or glamorous reputations that cause acceptance by the mainstream as places worth investing time or effort into, there are stories there. There are stories that bear the weight of soul, heart, and a poetry that only places untapped by prior scrutiny can offer. I was born and raised in Stockton; I live a seasonal life now, traveling around to where work takes me, but I always carry a little bit of this ethic with me on my ramblings.

Sometimes it manifests in a search for an untold story, sometimes it is just witnessing a place where there still are stories to be told, and other times it is returning home to find new ideas in old places. I try to document my ramblings and findings in many ways, but I find photography to be one of the most accessible and efficient formats to share adventures with interested parties.

My most used medium has been disposable cameras because they are cheap and durable, but in more recent times I have experimented with Polaroids and 35mm point and shoot film cameras-mostly Olympus stylus. I enjoy the erratic nature of point and shoot cameras. I feel that it emulates the effect of a haiku, or a reflection on a moment in time, rather than the more rhyme schemed and metered results you get from high end digital or film cameras.

Any of these photos are available for sale as prints, e-mail me at heycedric@gmail.com for pricing and sizing info. All prints will be made at either Gluskins on the Miracle Mile or Ulmers in downtown Stockton to keep money local and any profits made will be used to help fund a bike tour and photography ramble I am conducting through the American Southwest at this moment. Take care! 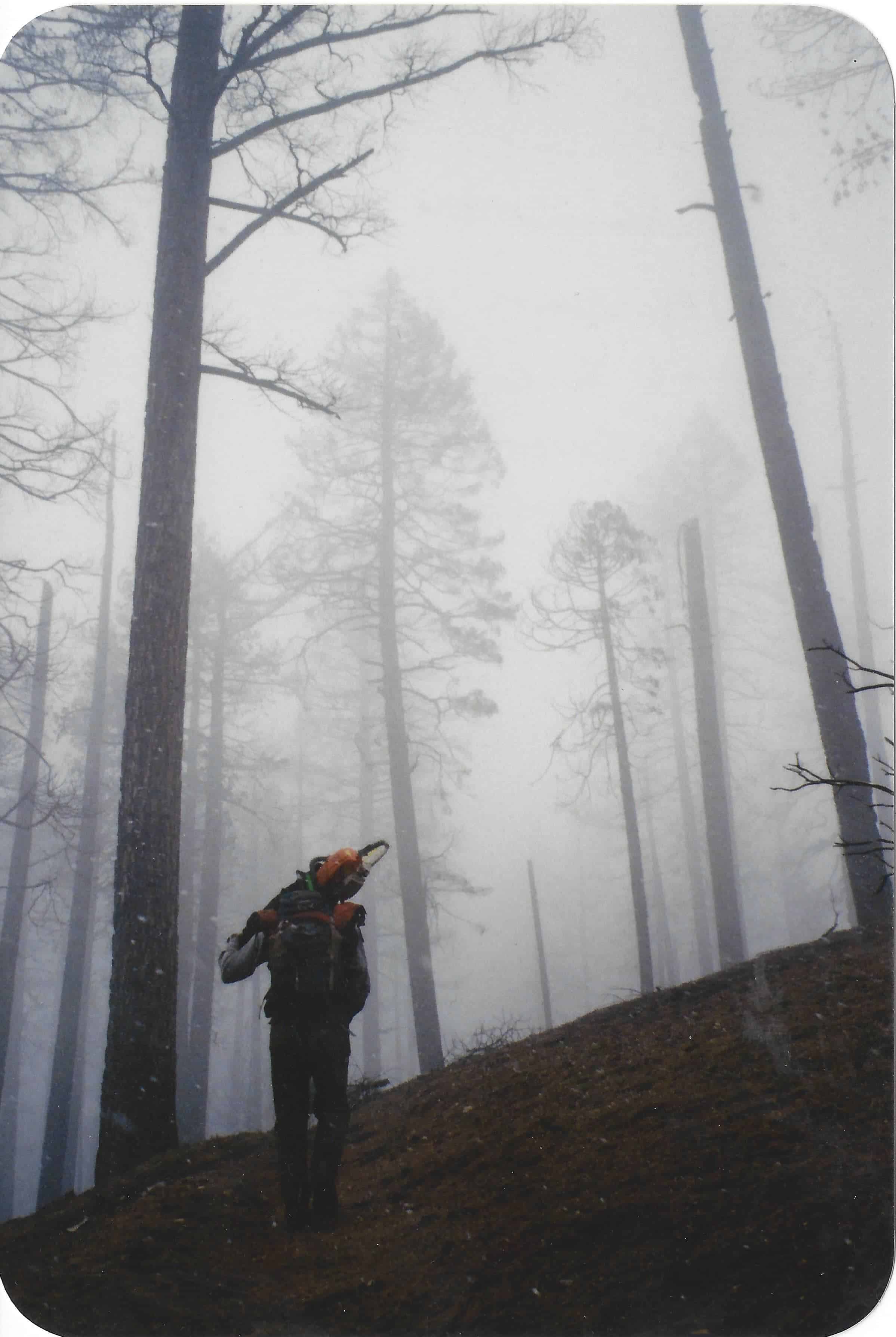 In 2015, the Rough Fire tore through 151,623 acres of Sierra National Forest, Kings Canyon National Park and Fresno County. The smoke from it created its own type of cloud called a pyrocumulus and could be seen from over 20 miles away. In the early spring of 2016, I was told to scout out some trails in Kings Canyon that the fire had burnt over. It was a cold day with thick cloud cover. At about 2:30 pm it started snowing on me, and I couldn’t resist capturing a photo of the dead forest and the lonesome job of maintaining trails through it.

#2 Conversation over Drinks in Stockton Basement 2014 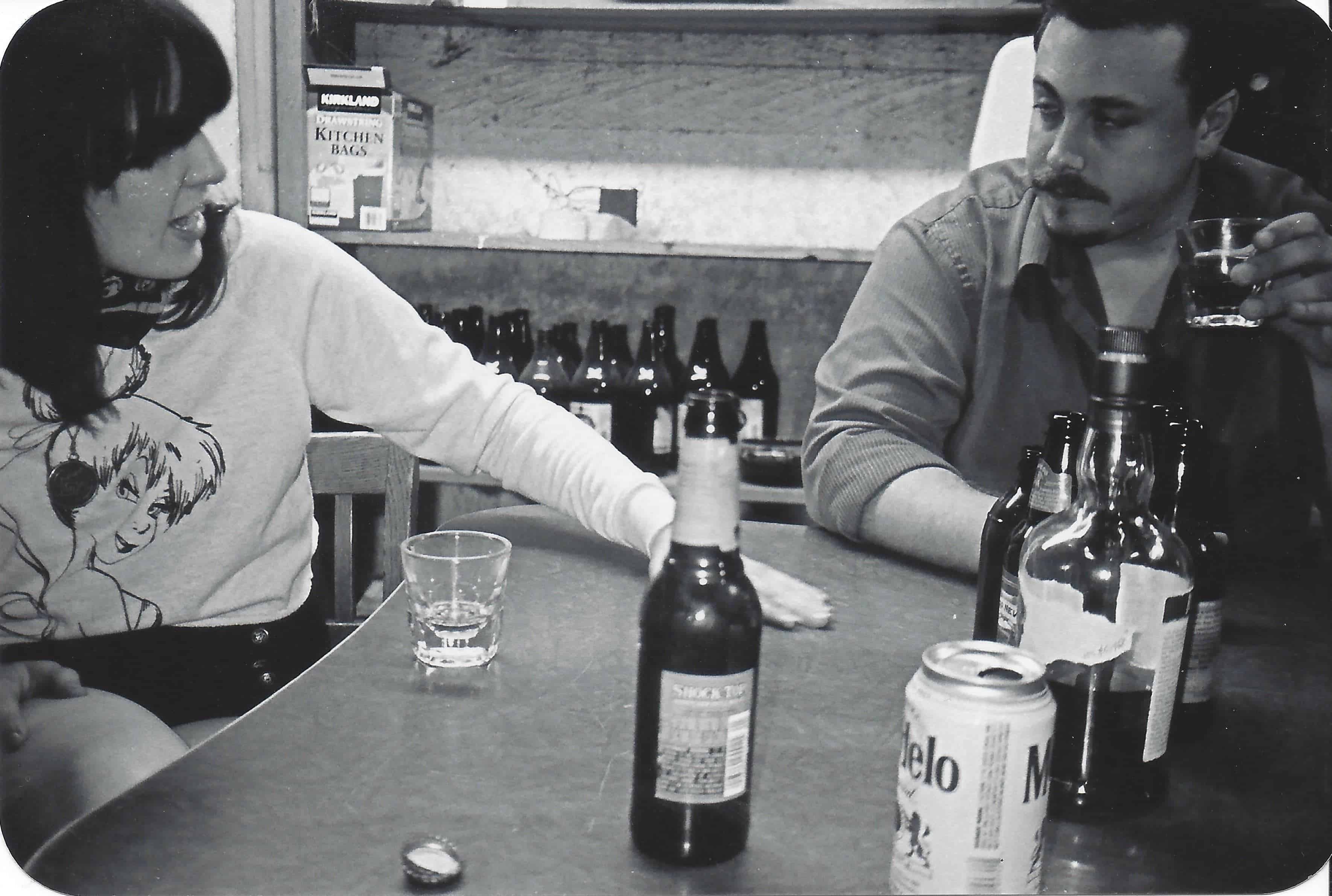 He didn’t realize it yet, but his selling hockey game tickets to people was not his ultimate calling in life, and with a pretty lady’s smile over whiskey, things were starting to make sense anyways. 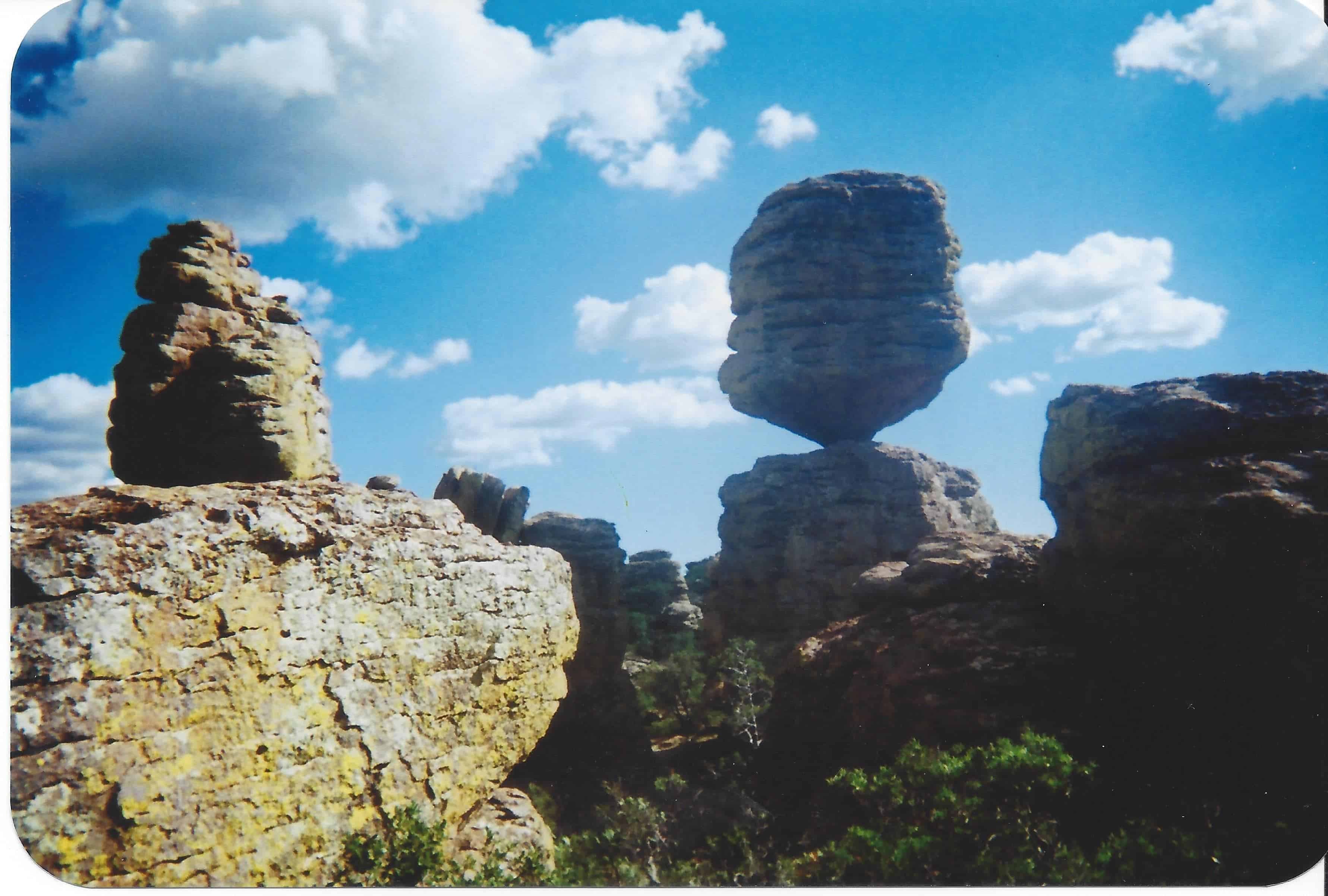 In 2014, my crew was sent out to Chiricahua National Monument in S.E. Arizona to repair some historic Civilian Conservation Corps stone retaining walls blown out by a flood. We worked long days, racked up the overtime and generally enjoyed ourselves being away from home. One day after work, rather than hiking back to the truck, I decided I’d do the 12 mile hike home on the south side of the monument. It wound through a maze of hoodoos and eventually took me to a plateau containing this. ’Couldn’t help but sit and listen to the slow conversations the wind, rocks and stones carried on with each other and tried to capture it to share.

Sam is a backcountry ranger at Kings Canyon National Park; that’s how we know each other. In 2015 we found ourselves as roommates, working for an outdoor ed. program at Whiskeytown National Monument. At some point, we decided to climb Mt. Shasta. We woke up at 1 am in order to summit at sunrise. I struggled to keep up with him and look like I wasn’t struggling to do so as we made the ascent. I used up a whole roll of film fromin a disposable camera in about five minutes, trying to catch an indication of what it felt like to be on that mountain as the sun came up. Not sure if I succeeded, but I did get this great shot of Sam. 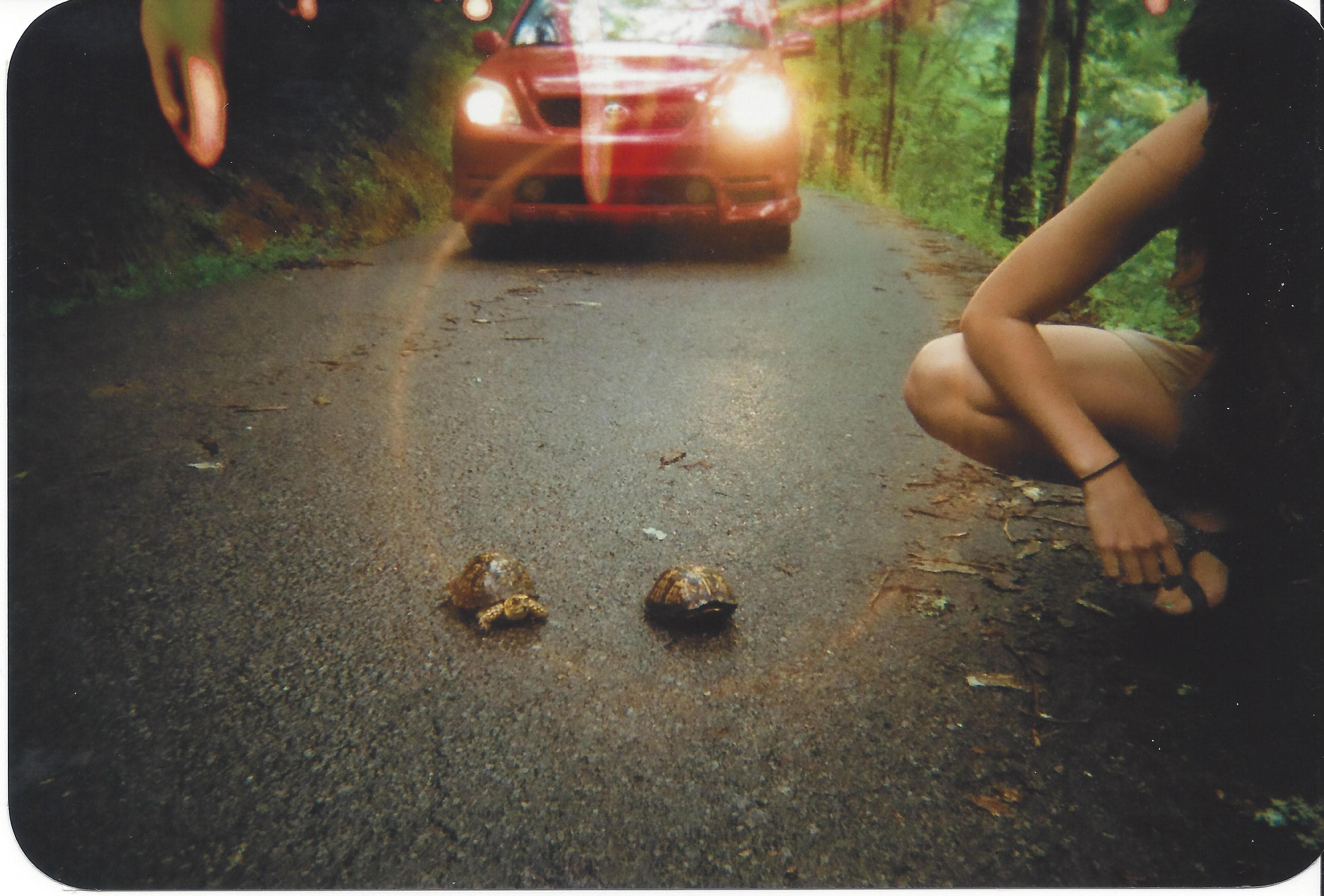 In 2012, I moved to Cherokee, North Carolina to work my first job for the Park Service at Great Smoky Mountain National Park. I met Dana at an employee picnic over in Gatlinburg. She smiled at me, and her long brown hair made me awkward, and eventually, she got a phone number out of me. July 4th , over drinks, I told her I’d hike from Clingmans Dome to Abrams Creek where she worked, which is about 40 miles in a day, if it would impress her. She told me I was drunk. The next morning at 7 am I started the walk. 15 hours later at 10 pm, I stumbled into her cabin at Abrams Creek. “You are an idiot,” she smiled at me. The next day on the way to her place in Pigeon Forge, we were swerving around the curves of a one lane mountain road when she stopped abruptly. She got out and said “Look!” 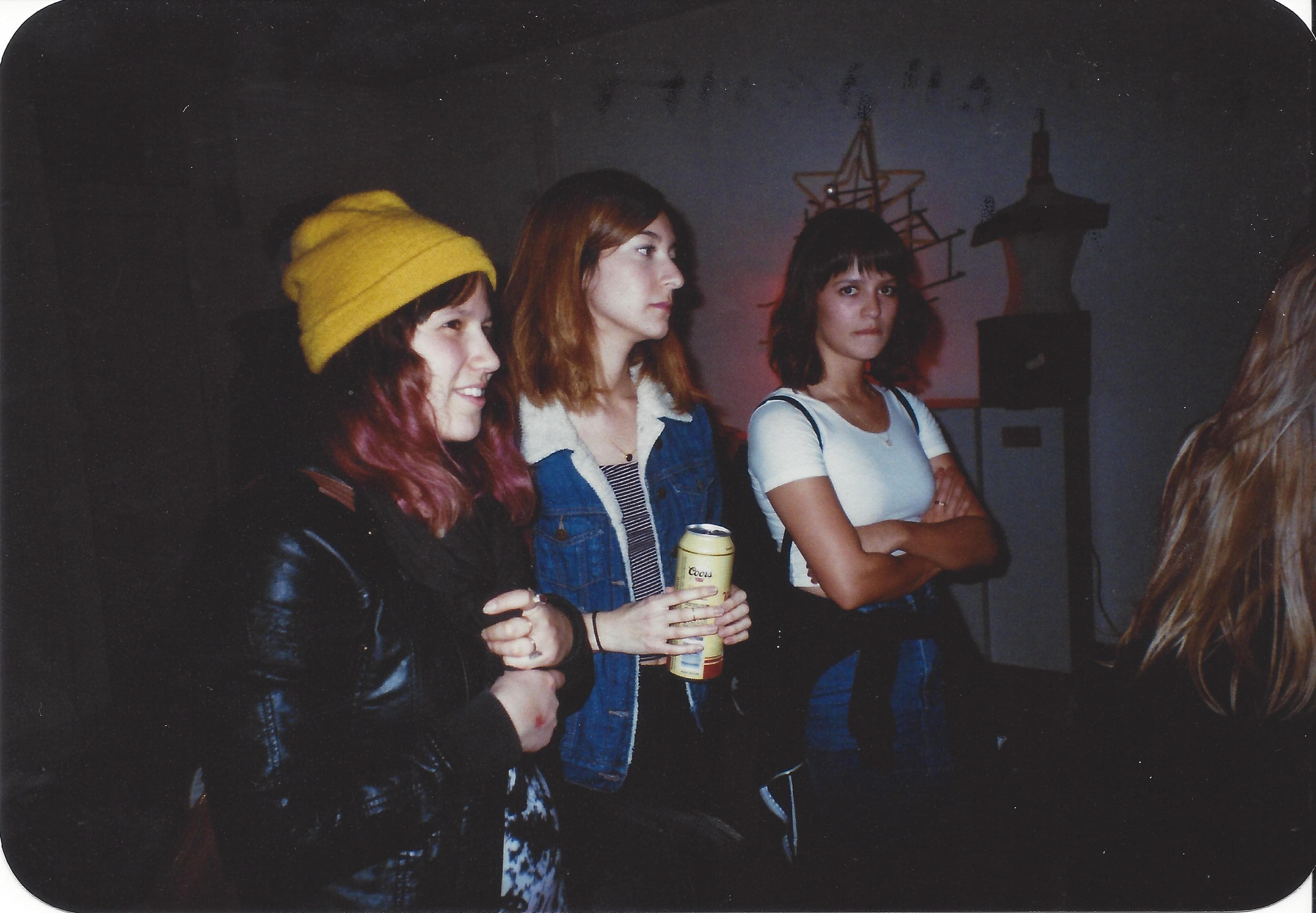 I have played in bands since I was fifteen or so, mostly around the Stockton and Sacramento areas. One of the most important reasons my friends and I ever got into playing music was to impress girls. I was at a friend’s band’s show downtown and ’couldn’t help but be reminded of that fact when I snapped this photo. 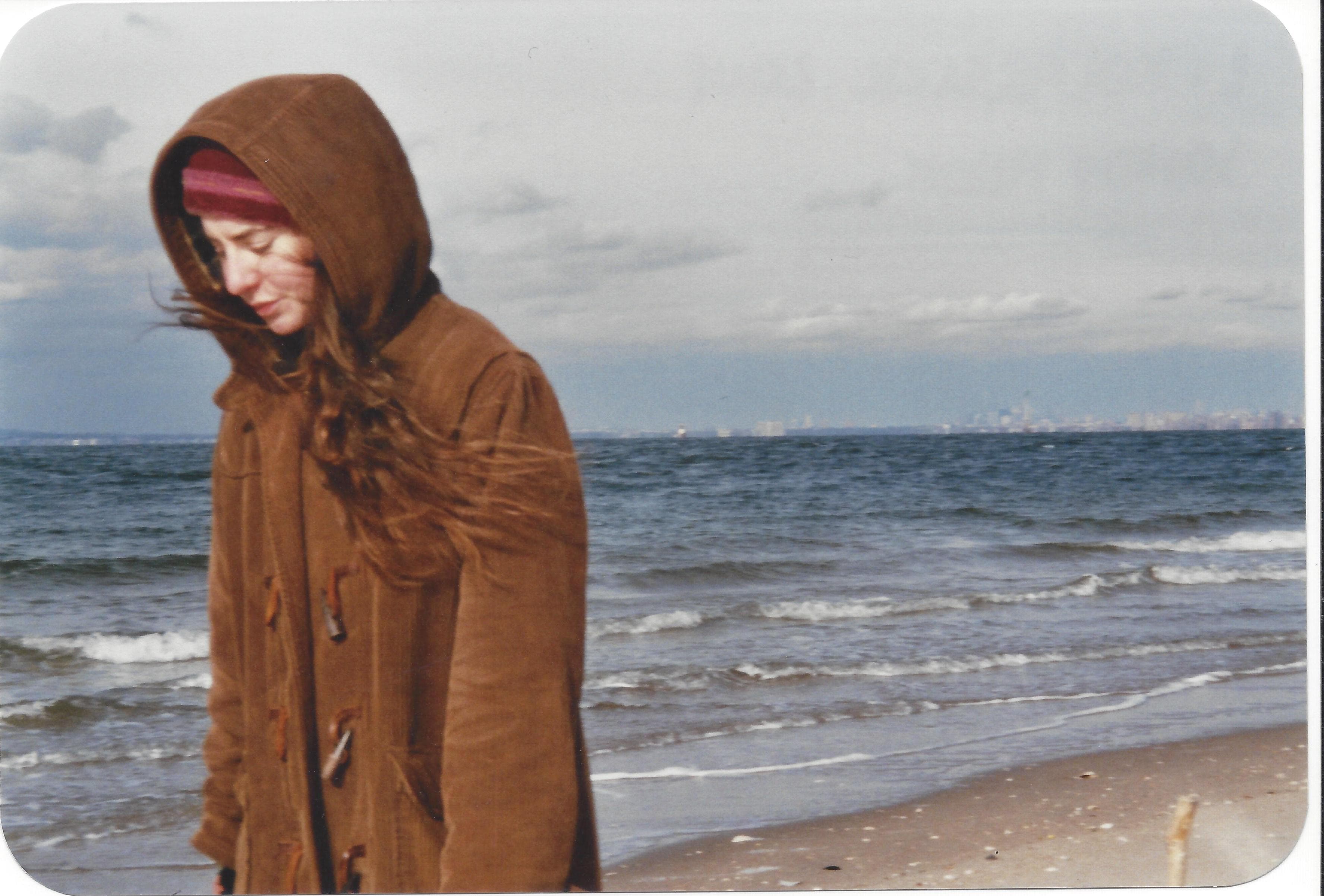 In 2015, we walked along the New Jersey shoreline, amongst broken boats and deflated balloons trapped in beachside vegetation. The whole world looked like a flat plane until you hit the rise of the New York skyscrapers in the distance. “I don’t know if I’ll ever make it there,” she said, sad to be back home in New Jersey. 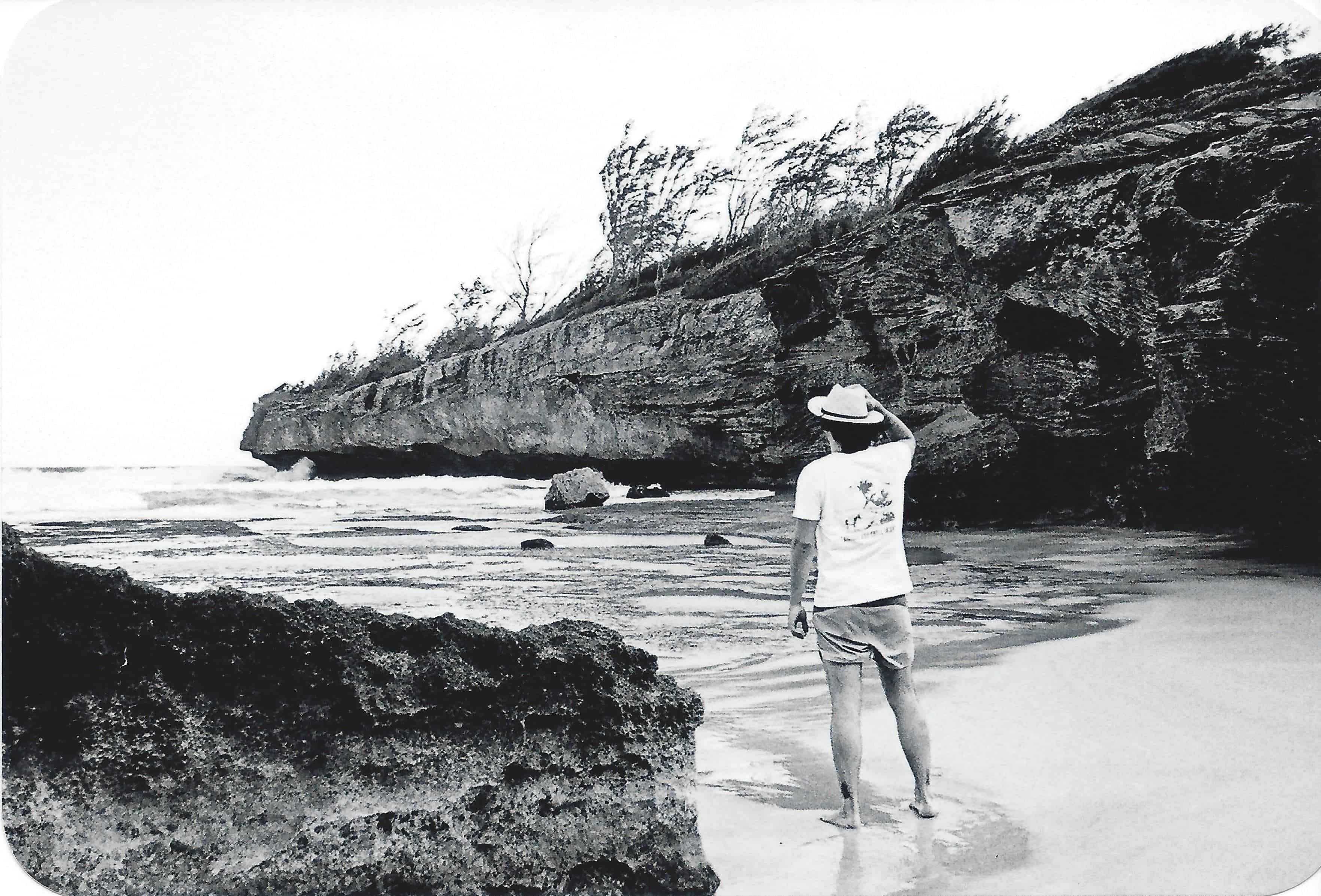 There’s nothing more ridiculous than a man chasing his own hat when the wind takes it off his head. This man tries hard not to look ridiculous amidst a chaotic paradise scene. 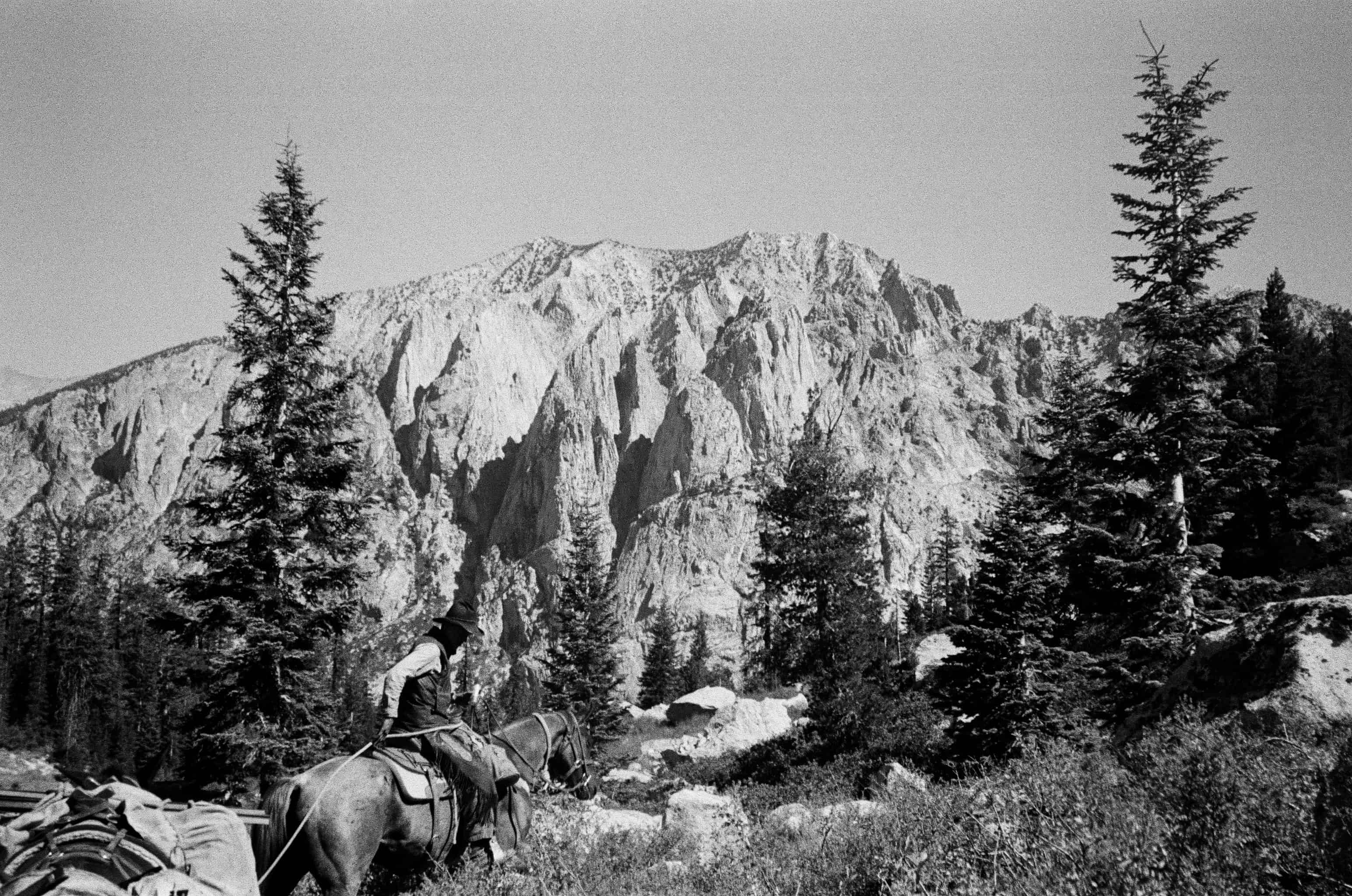 We were asked to ride up to East Lake to cut out some trees down on the trail and pick up some old garbage and carry it out on mule-back. Randolph and I spent the night before arguing, and then about 10 hours of the next day riding, talking about books, old punk bands from New York, ladies, and songs we were going to write. About midway through the first day, I realized I liked the guy.

#10 Afro Pick Abandoned at the Park Behind S-mart, Stockton 2010 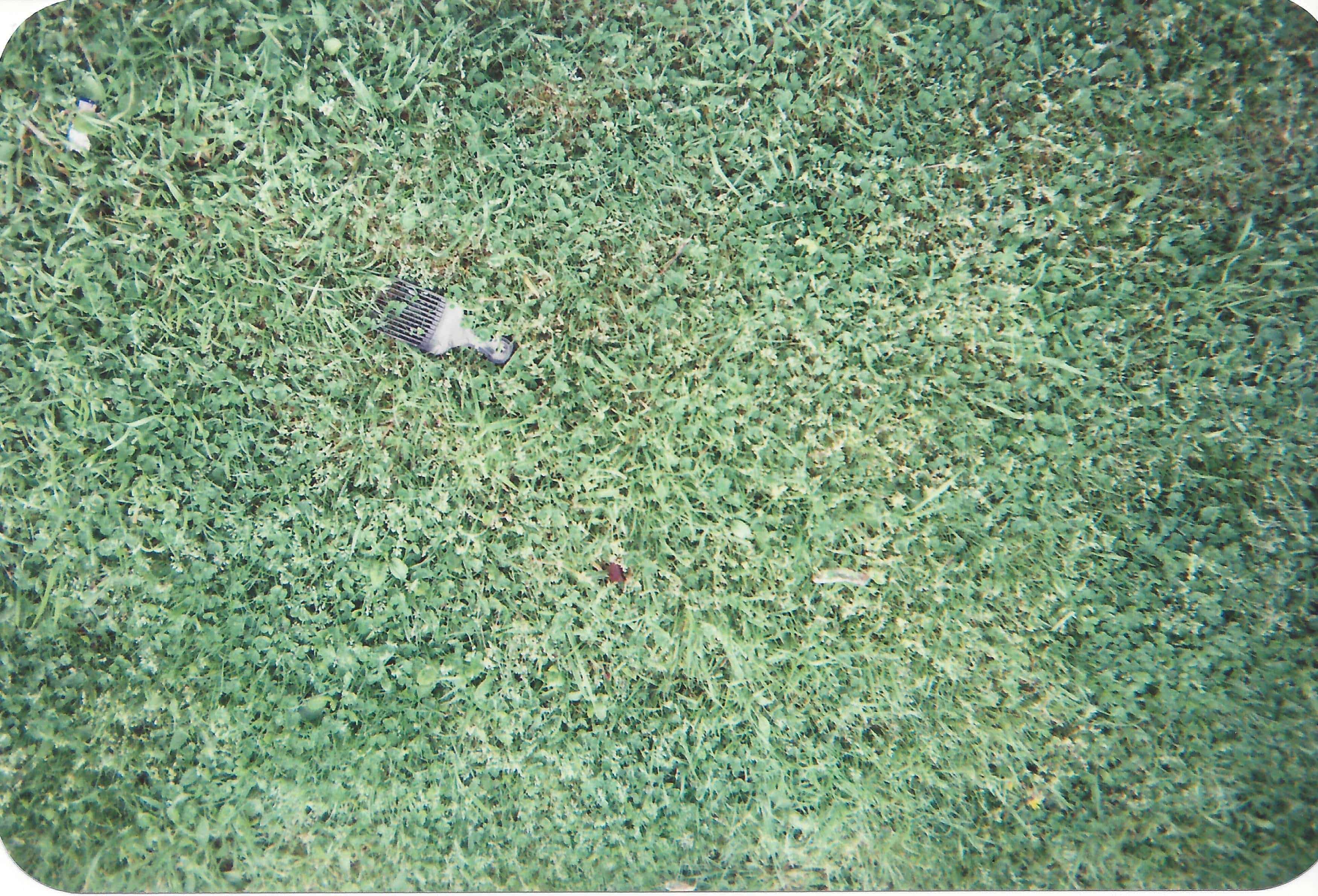 After a particularly rowdy St. Patrick’s day in Stockton, I was walking home through Lucky Park on Pacific. At the moment, it made enough sense to me to snap a photo. Nowadays, it doesn’t make much sense to me, but I just like the photo.

Cedric Cunningham is a trail maintenance worker and wilderness EMT for the National Park Service. He spends his summers building stone structures on the John Muir Trail/PCT and helping hurt/lost hikers in the southern Sierra. He dabbles in photography, song writing, and comic writing when he is not in the mountains. He is a Stockton native and can be found often huddled against the back wall of the Friends of the Library bookstore on Hammer, searching through the nature writing section for field guides and the like.