Attention: this is a flashback. A return to graduate days. There is this mythical place. A writing school. A program everyone in the country wants to get into. It claims a certain amount of fame. Attendance guarantees two years of reality avoidance. Getting in means fun, work, and more fun. It means meeting people and writers and readers so unlike yourself that it’s amazing they even exist. People, who — like adherents to strange new religions — enter a tall, outdated concrete and brick building next to a river. A small river, and behind it these harshly lit rooms — so sterile that surgery might be performed in them — to read words on sheets of cheaply photocopied paper. Words and strings of words that describe the conditions, capabilities, and types of extremely young and non-worldly twenty-something souls.

Then, afterwards, to be muted and criticized. It’s a form of mental torture that few survive. Others, the seekers of punishment, thrive. The facilitators, the so-called teachers who are “famous” and known for what they do as writers are of a completely different sort in the classroom. At times, even they do not know what to say, or say it badly. They get visibly angry at the lack of response; they are utterly human. And this is what students come to see; that there is no transition to greatness, to sainthood. But they are too young to realize it.

In a real sense, it’s a big let down. To see personae as not what their texts represent. The worst thing they are forced to do, because they don’t really want to teach, is play the favorite game. Ass kissers, who are legion, sidled up to the gurus’ sensibilities, imitate their “mentors’” styles and then reap the benefit of easy recognition. Who’s to say what’s right and what’s wrong? The one thing that’s for sure is that life is a bowl of sour cherries. Unpitted.

“Those were the best years of my life,” he says and sits back on his reading couch with a look on his face that seems perturbed and wry. Guys like to say things like that. Truly, those years don’t exist because they essentially must be part of a continuum. And those years involved a lot of reading, writing, and meditation.
There were the classes. Twenty or so of the “best and brightest” gathered from all over the country; we had nothing in common, except that we wanted to be writers more than anything. Oh, we had a lot of disdain in common. We’d monitor, with furtive eyes, who among us were becoming romantically involved. Affection was a sign of weakness, because writers are supposed to be lone wolves.

It’s worth noting that the perfect combination for an unbearable relationship is writer + writer. Knowing this, we sat in a class and never said as much as we should have said, because our esteemed teachers knew they couldn’t pull greatness out of dishtowels; the fact that they ran the class as a popularity contest pretty much pre-empted any greatness from happening. Yeah for this person, yeah for that person. If you got a “yeah” on a bit you wrote, you were obliged to “yeah” a bit of work of the person who “yeah-ed” yours. Rarely did it ever get real. Passion is as rare as good writing. Rarely were there any fights or incidents, because no one really cared about what others thought of his or her writing. Who was anyone to judge?

What most of us were there for was to get out from the dread of reality for a while and to pretend that we could do what we wanted to do in this wonderful country of freedom and choice. That we could be creative and survive doing it.

We should have known better. Sitting in the broom closet of a lounge, the waiting room tucked into a hall’s midsection, it was where students waited and trembled in the shadow of our teachers’ fame. Anti-decorated with furniture sponsored by the university that was made of upholstery and steel, sometimes in shades of ungodly orange and frayed, dirty brown: a fabric that personified purgatory. There was an ancient coffee machine that ran on the cheapest bean available. Its used-up cans served as ashtrays. Sociologists might want to know that as late as the early nineties, people in radical places still smoked publicly and professionally.

In that room there were always two or three skinny boys of attractive natures waiting to talk to the queen bee of the program. Sometimes a professor — and we never thought of them in that way — would walk by humming a tune, completely entertained by the worlds of their minds.

We, on the other hand, were scared and over-confident; angry and young; blue-eyed and bushy-tailed; irrational and jaded. We lived the kind of lives books are never written about.
Many of us were silver-spooners. We came from good to well-off families and we lived off that as a meal ticket. One of the students was a descendent of a movie star. Equally awed and despised because he was accepted to the program and got funded, he was Mr. Lucky. He also looked like his famous mom. Fame is a sickness that affects all writers. Like the Clinton administration, this great writing school was addicted to the allure of the silver screen.
That was half the story. The other half was being poor and hungry. We lived in studio apartments that slumlords had elevated to the 500 - 600 dollar a month range. Some of us had observable psychoses and shockingly bad grooming habits. Some of us brought histories of neglect and abuse into the classroom for all to see. It wasn’t pretty.

Some of us simply brought green-eyed ambition. What was probably the worst thing about the place was how those who kiss ass were, and are, the ones who gained success. Like that’s a big surprise. That was the only big lesson learned: how the world works.

It’s a rude awakening when you pour your heart and soul into pages only to discover that even the quasi-religious calling turns out to be a who-likes-who venue for personal gain.

It’s a trite and goofy world looking at the games humans play. And reading the bad writing that comes from it.

Some us had really cool, little loft apartments in gigantic houses, hidden under oak trees that lined brick-paved streets. Small town from another era, quaint and blissful. A river flows through the city, idyllic and absolutely useless, except to drown three-to-five people per year. It wasn’t that people would just topple off the bridge and plop in the water with no struggle to breathe in liquid air, although in a few cases this was true. Mostly it was the manly, outdoor types who floated their boats too close to the power plant’s man-made waterfall drop of only a few feet. The current would twist and bob their boats, causing the fishermen to fall out and get caught in the undertow.

There were parties practically every week. Famous and soon-to-be famous writers would fly into town, give a reading to a jam-packed auditorium, and nearly every time there was standing-room-only capacity. Afterwards, a trip to a restaurant, maybe even a bar, and then a party at a student’s abode. Usually, an older student would volunteer — one who had a place large enough — to host other people. The bullshitting would begin, and the beer and wine would flow. Appetizers were sparse and consisted of mainly chips, salsa, and potato chips. The food of young, alcoholic gods. 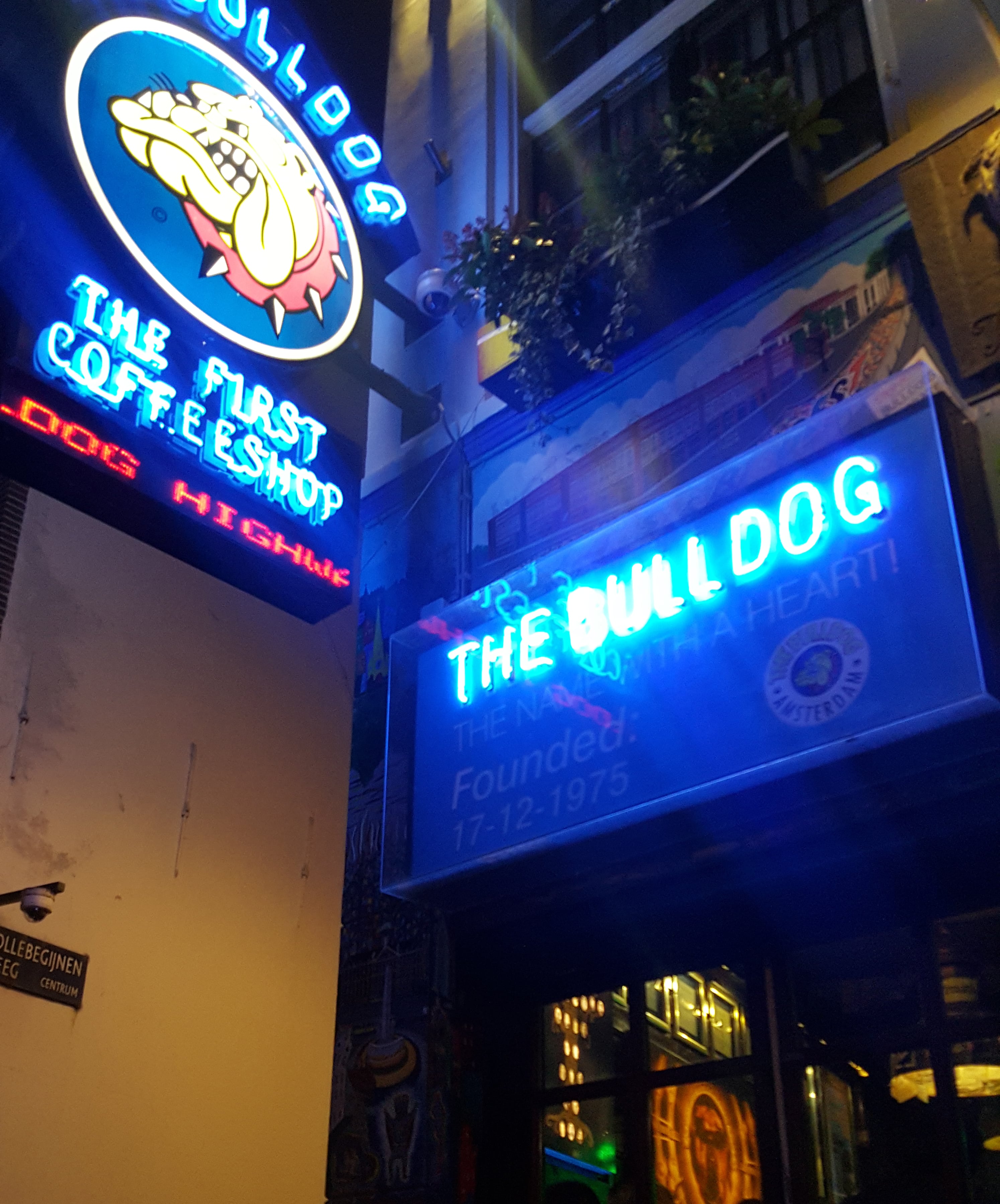 It was the best of times, and the worst of them, too, like when we actually did close out the Foxhead after hours of heavy debate and pitchers of cheap, awful beer. The barman would resort to shining floodlights on squinty-eyed patrons at precisely 2 a.m. That was the reason why we never tipped that much.
The two pool tables there were perpetually crowded, and the jukebox could only play a few tunes of any relevancy: Johnny Cash’s “Ring of Fire,” the Dave Brubeck Quartet, and the Doors’ “Break on Through.” After these songs had been played an endless amount of time and the bar had closed, we would maraud through the empty town starring in our own brief-bit parts as Edward Hopper characters. We’d scratch, like rained-on cats, at the doors of other bars — George’s or the Deadwood — looking for stimulation in all the wrong places. The girls would look for Prince Charming or Prince Good Lay, because women know that writers don’t get involved with other writers. Us guys looked for a queen of the evening: a female we could write poems for after we had explored her body in a fit of drunken kisses. Mostly, we drank to invent scenarios worthy of writing about. A strategy for failure we followed religiously.

Philip Kobylarz is a teacher and writer of fiction, poetry, and essays. He has worked as a journalist and film critic for newspapers in Memphis. His work appears in such publications as "Paris Review" and The Best American Poetry series. He is the author of a book of poems concerning life in the south of France, and a short story collection titled "Now Leaving Nowheresville." His creative non-fiction collection, "All Roads Lead from Massilia," is available from Everytime Press of Adelaide, Australia; "A Miscellany of Diverse Things" is available from Brooklyn's Lit Riot Press; and Dos Madres Press has published "Kanji Amerikana."