I first met Sayre Quevedo several years ago in the Bay Area. When we first met he was reserved and thoughtful, but I soon realized Sayre’s voice really came alive as a passionate multimedia journalist working for YouthRadio at the time. That organization seemed so uplifting and impactful, especially as a case study of youth empowerment for for skills building that Stockton could learn from. I remember reaching out to Sayre about his experiences, being hopeful at how much he was growing with his passions as a result of being involved. Spanning coverage on NPR’s All Things Considered, Marketplace, National Geographic, and more, I was amazed at the issues he focused on diligently covering—from juvenile justice issues to job opportunities to even his own struggles with independence. 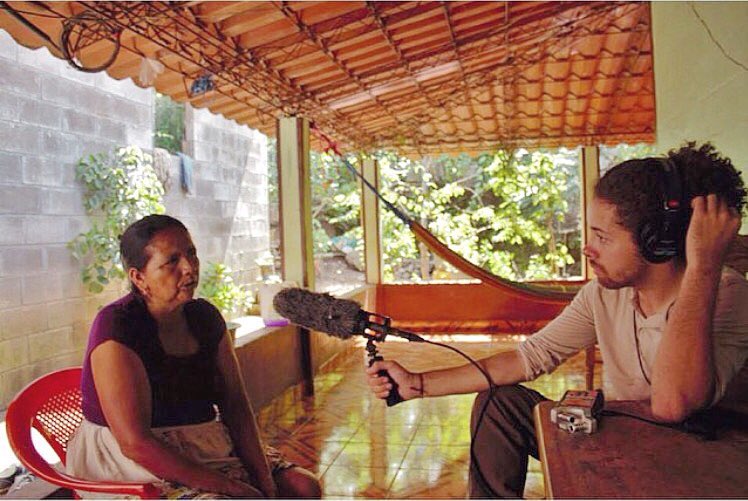 Currently, Sayre studies at the New School in New York City, majoring in Global Studies and still just as passionate about storytelling. When I first came across this post around what he was up to now, I found myself super inspired (and could relate to the difficult sense of rootlessness):

Growing up I didn’t know where I was from. My dad left before I was born and my mom ran away from home as a teenager. My mom called us orphans of history—free floating from every minuscule and grand event that brought us to our current situation. We were like a ship loosened from a dock during a storm. We knew we belonged to the shore but couldn’t have told you where. It didn’t seem important then, at least not as important as it became as I got older and started to wonder where I belonged in history… And I wondered: why was it that my family’s history (the abbreviated and incomplete versions I inherited) was full of mental illness, washed in tragic tones? Under what circumstances had my grandparents come to the United States and then subsequently crumbled? Why had my grandmother, the queen of the parades come to the United States to become a telephone operator? I felt cheated of the depth of life that my friends had been given. There was no grand story preceding mine. There were no chapters preceding mine by which to chart who I should and shouldn’t become.

So when I started learning about the war in El Salvador, a war that the United States government had given $12 billion annually to continue, I thought I saw the shore. I got a grant to travel to El Salvador to interview people who had lived through the war about their experiences. I kept going. I decided to interview people in the United States who had left during and after the war. I travelled using the little money I was making at my day job to support myself to keep the project going. I kept working at it because deep down in my heart I felt like I was finally learning about myself through the stories of others. I could finally see a part of myself. It feels selfish to say it but I felt a belonging there.

Sayre and a team of others are working on Re: Construcción, an interactive multimedia exhibit. From the official website, “The work focuses on the legacy and impact of the Salvadoran Civil War as well as contemporary themes: trans-national identity, intergenerational knowledge, and the societal effects of conflict. The exhibit is a transnational collaboration between individual artists, collectives, and community organizations that work with Salvadorans in the United States and El Salvador.

Re: Construcción is a three-part project. The first part is a series of tables dedicated to eight individuals. Each table contains numbered household objects and photographs. Each number corresponds to a piece of audio interview or ambient sound. Viewers are guided through the interviewee’s stories by mp3 players. Their stories can be listened to linearly or the viewer can pick and choose which object they want to listen to.

Part two of the project is an interactive wall that we are asking the Salvadoran community to come and add their own objects, drawings, writings, and perspectives on the impact on the war for themselves or the Salvadoran community at large. The idea is that as the exhibit travels across the United States and El Salvador the wall will gain new perspectives in every exhibit location.

Check out the interview, various photos and pieces from the exhibit, and support his crowdfunding effort here! 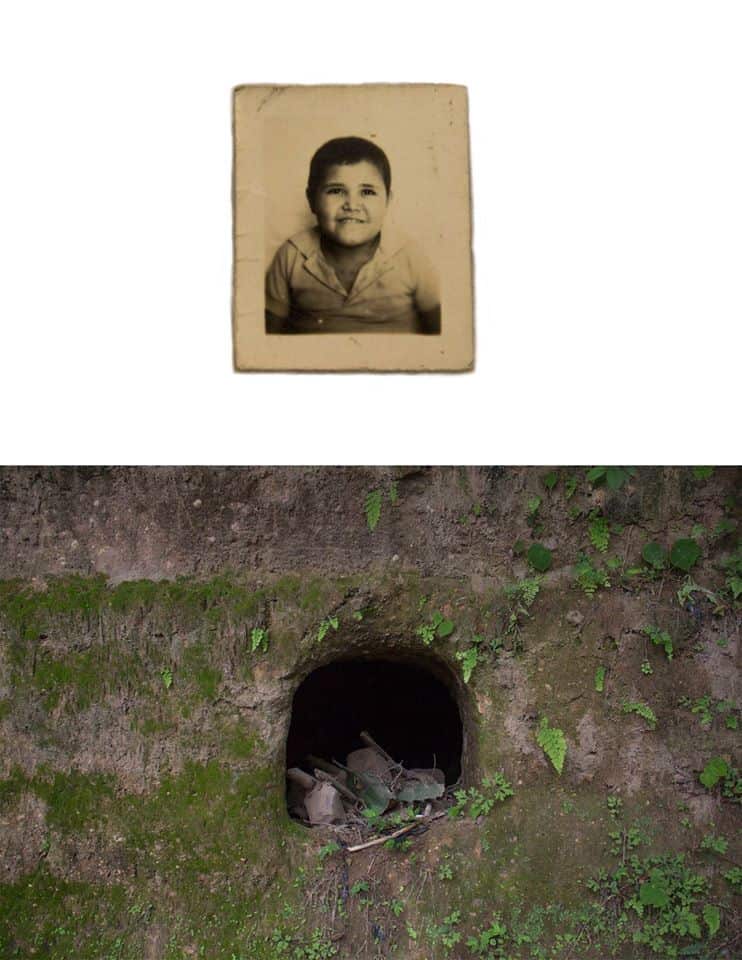 Tell me about the process of how you came to this project.

My family on my mom’s side is from El Salvador. I didn’t know the history—at least not that much—not as much as I wanted to know. I was at the New School in New York and I started doing research, trying to find answers through academic text and history. I wanted to understand what the impact of the twelve years of civil war looked like. Luckily, I was able to get a grant from my school to go and visit. While I was in New York City, I reached out to organizations and people that had been there and used those connections as my jumping off point. Through that, I met with several organizations including Pro Busqueda, CODEFAM, and El Museo de La Palabra y La Imagen, Virgin Studio, and The Fire Theory Collective. I collected audio on my travels, and originally thought that it was going to be a one-time project. However, I felt that there needed to be a stronger representation of the stories I had found there. We entered into a collaboration with The Fire Theory and Virgin Studios, both artist collectives based in San Salvador, El Salvador as a means to share the diversity of perspectives and interpretations of the themes present in the stories we heard.

In the work of my team and I, the six tables, household objects and family photos were an important component—to see the humanity of their stories beyond the act of listening. I didn’t want to present a clinical work, I wanted there to be a physical element. It has definitely been a long process. Initially, I interviewed twenty people but then focused on six because I felt there needed to be intimacy. The objects of their stories are deeply sentimental, and it’s important to have genuine relationships. I wanted to connect as me and not as a reporter. 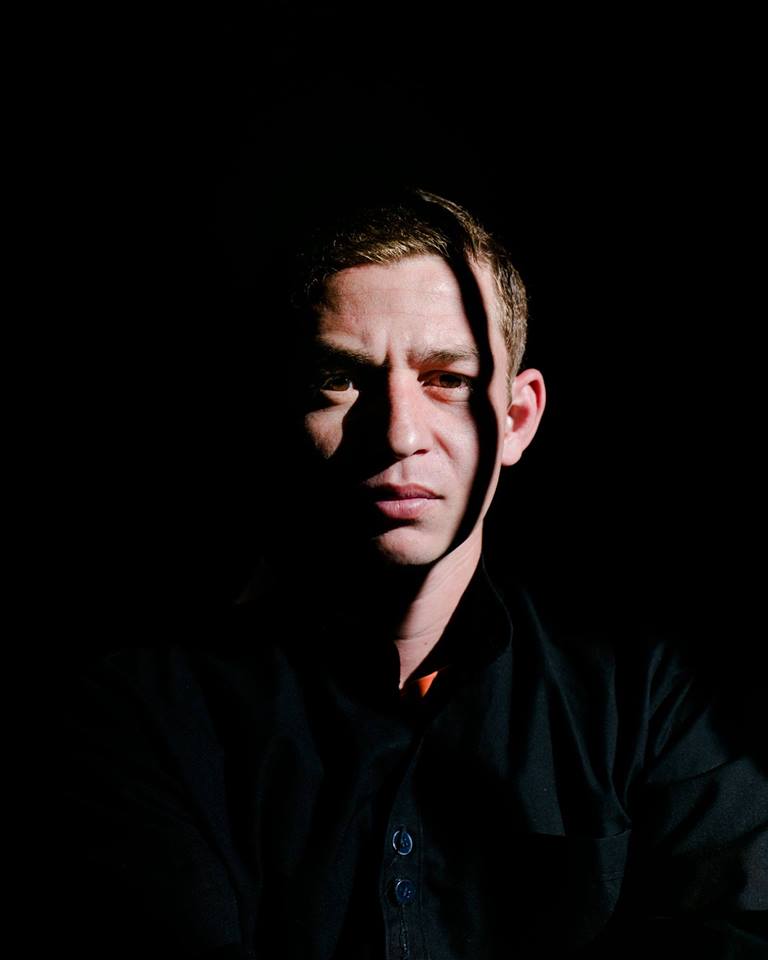 What does Re: Construcción mean to you?

It means a couple of different things. First, people refer to the period after the war as the “reconstruction” period, re-building post-war. In a similar vein, I was really interested in how people rebuilt their lives, how they reconstructed their identities in the face of violence and in continuing violence—a violence that I would argue has existed from colonialism until now. I was curious about how people redefined themselves after war and in the midst of all social changes, political changes, internal changes. There is a colon in-between which is not just stylistic, but also lends to the fact that there are not only people reconstructing themselves but constructing themselves for the first time, young people actively creating their own identity in the shadow of this history. There are stories of people that lived through that period of time, but also those that grew up after it. There are voices included in the project, of the subjects’ children who were really young when this was happening and are cognizant of the way that the war has impacted contemporary El Salvador. Those voices include our artists as well as the interviewees. 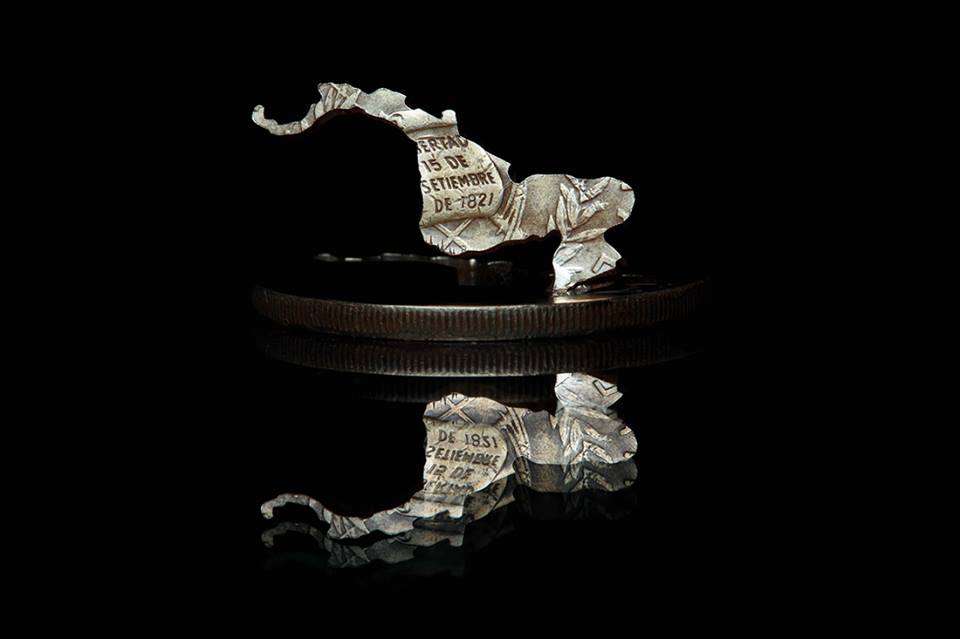 The folks—our artists and interview subjects—are from different backgrounds. They experienced the war from different vantage points, whether they were children or teens or young adults during that time. We have an interviewee who was the survivor of a massacre that happened during the war, how he looks at his family and what his life looks like now in the midst of that loss. We have two sisters who were activists. Our artists touch on themes of migration and the complexities of the post-war.

But to me, it’s important not to identify my interviewees by just their loss or experience, but more so recognize the complexity of people and that we’re not just our most traumatic experiences—we’re also made up of our day-to-day lives. Who are we and how do we live our day-to-day lives in the aftermath of these things? We don’t wear trauma, or wear impactful experiences on our sleeves—you could meet and pass by these people and wouldn’t know what they had seen or been through. I’m interested in “Who is this person?” in the historical context of El Salvador, and what their relationships are to their community and to their family, and to themselves in the everyday. 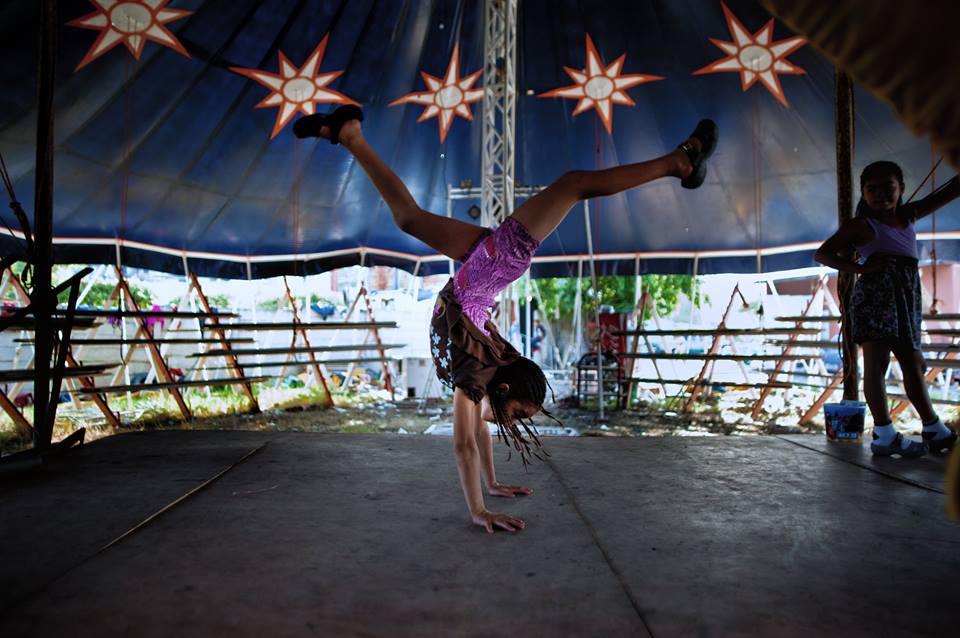 What does this project hope to do?

I think what I’m most interested in is continuing conversations around the Salvadoran Civil War and what that meant to the community there and in the U.S. I want folks who aren’t aware of what the war is to see the relevance of this experience in the world that we’re living in—not only in migration, not only in violence, but in terms of U.S. policy around the world. Even in terms of the effects of conflict around the world as well, because while conflicts begin and end all the time officially… their scars still linger on and impact people. These are the ways in which people’s lives are changed in the midst of these conflicts. I want to show how complicated these experiences can be. 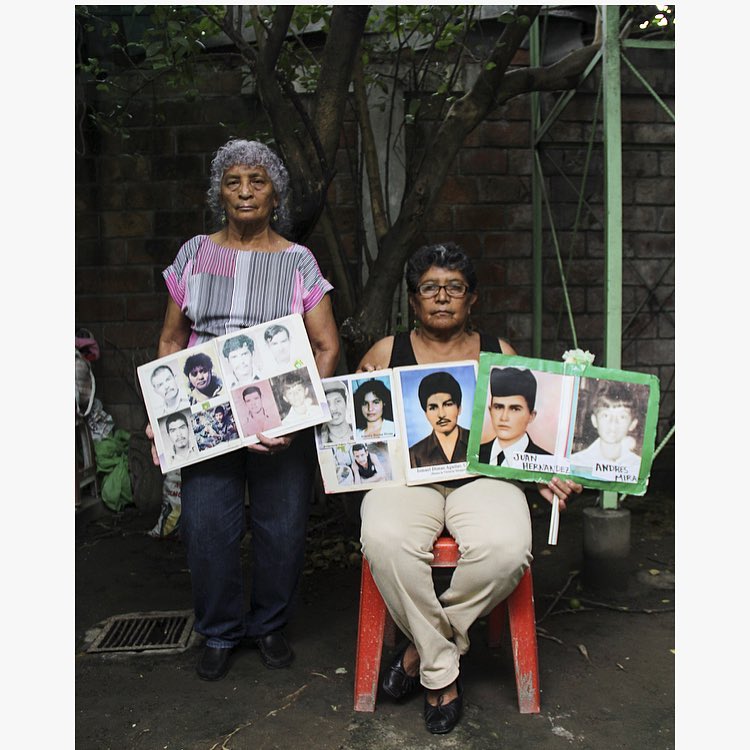 Sofia and Dolores, two sisters and activists for the disappeared in El Salvador, show photos of their family who were disappeared or killed during the war.

What has this project revealed to you as a person connecting to your history in El Salvador?

I think there are still a lot of unanswered questions around my connection to El Salvador, and where our histories diverge and converge. What I’ve learned through listening to my interviewees and being a part of this project is I feel connected even though I was born in the U.S.; there’s definitely a certain type of loss and a sort-of, kind-of madness that is hard to describe. The consequences of that conflict felt really embedded in what happened in my family, and a lot of the questions I have, I have grown to understand that they may not be answered.

Donate to the project via Indiegogo campaign (which ends April 10!) - https://www.indiegogo.com/projects/re-construccion-community#/