James Cuno, art historian and curator of the Getty Museum, wrote this quote in reference to people visiting museums after the September 11, 2001 attacks:

“I’d like to think that by providing and preserving examples of beauty, museums foster a greater sense of caring in the world and urge their visitors to undergo a radical decentering before the work of art.”

The identity politics war going on in the U.S., a war that often feels ajena (poorly translated by Google as “foreign” but not quite the same), has taken over our mental and emotional environment. Latin American people have struggled for survival, human rights, and fair representation in countless environments, including the arts. The announcement of the end of DACA (Deferred Action for Childhood Arrivals) has been the last straw in a mount of injustice, yet in a moment of clarity I noticed many West Coast art institutions had been curating shows that represent people of Latin American heritage. We are facing a terrifying era, and I hope we can sense that beauty and caring for the world in the arts being made by our own kind.
Below are some relatable exhibitions you can visit in California for all those searching for a sublime moment in desperate times:

July 2 2017— Sep 10th 2017
L.A. County Museum of Art
Iñárritu is a Mexican artist and director who literally created a virtual reality so people can experience what it feels like to cross the border between Mexico and the U.S.

June 16 2017 — Oct. 29 2017
Yerba Buena Center for the Arts, San Francisco
Bruguera is a political activist and social practice artist who was banned from showing her work in Cuba, her motherland, she will present a series of works and workshops about dismantling or re-distributing power structures.

A survey of over 100 artists from 15 different countries including works in photography, video and other mediums. Includes works by artists like lygia Clark, Ana Mendieta, and Marta Minujin.

Sept. 14, 2017 at 6 PM
Hosted by FA4 Collective and Cynthia Lujan
This exhibition will feature over a dozen artists from both sides of the Mexico–United States border to, according to their website, “discuss what it means to migrate, to cross, to be contained, and to seek refuge in 2017.” 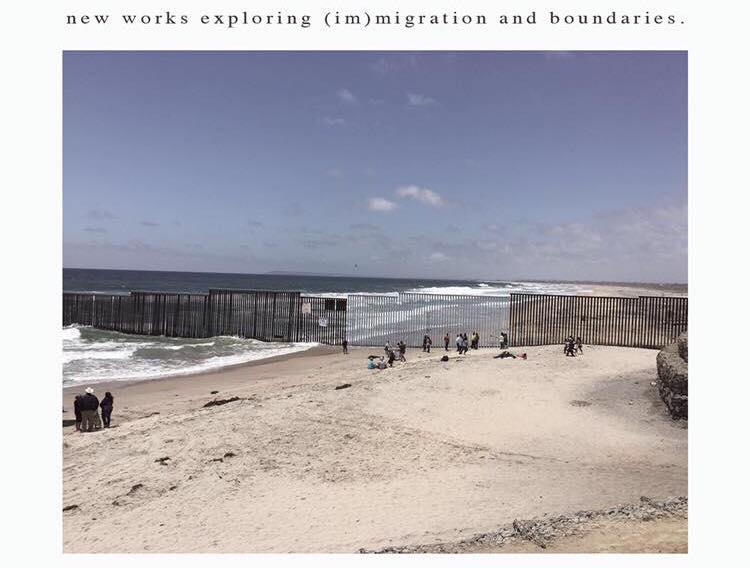