The night rain intrudes slowly
like a remote acquaintance offering
an opportunity from afar. A man arrives
with his insight from a different world,
where complex machinery churns out
its line of utilitarian trinkets.
High speed transit eliminates
the domain of openness. The celebrated
network establishes enterprise and
accelerates the franchise and the license.
The raindrops are disciplining the roof.
The tile and stucco wait for their
separate treatment. Everything that’s wet
begins to understand seepage,
the pooling in the hidden crevices,
the drip drip on galvanized tin
that is the sonata for water
down the drainpipe.
The night rain offends only when
its melody of hurt plays for
the in-the-bushes sleeper, lying on
his tarp near the American River, his tent
threatened with upset and intimidation.
He lives in his city of fortune seekers
and travelers and cardboard collectors.
The thieves are careful to avoid the noses
of certain dogs that can smell violence.
Nevertheless, he is beaten flat in the night,
the history of the dark encroaching,
preparing him for the appendectomy of
his hope while he soaks in his sleeping bag
waiting for some lucky sleep.
He wakes up into the capsized day,
orange peels piling up at the base of an oak,
his thank-you to the god of citrus.
The bright skin glows, a luminous
signal of some indefatigable absence.
The night rain keeps up its discipline.
It’s militant, an intruder slowly sizing up
the best way in to ruin the tables, chairs,
lamps, and beds from that time when
he once lay pleased with himself during
those gracious days of wine and fruit.

Those of Us Who Grew Up in the Valley

Those of us who grew up in The Valley always bring our permits wherever we go. Whether they be for traditional dinners or the slow intrusion of saltwater into the fields, we know to be ready to display official paper, or some interrogator will stop us in our tracks to ask us Which way to the mistletoe in the trees? or Where are the silty rivers that have safely whisked away the years? Oh my, yes, those were hopeful days when our penknives stayed folded and we drank coffee from styrofoam cups like churchgoers. The parades brought together men and their cigarettes, and the marchers carried on loudly about the survival of the Delta’s fish. The seeing-eye dogs led the blind away from their discontentedness. But today an unhappy man came to the conclusion he should strangle one of his balls with a phone charging cord. No one has done him any favors since. He wanders the path to the wind-sculpted oaks with a limp. He throws his arms around the one that looks like a witch. He weeps, and at that moment he knows that our permission courses through him. It lives in his viscera, in his head. He wears it like a rainstorm tamed by the ten tongues of the wind. We feel him as a string around our necks. A card attached . . . something written on it that none of us can read.

It's as though the city center has withstood
wave after wave of ransacking Visigoths,
like it has fended off the envy of an angry Folsom,
shielded itself from Stockton's sneak attacks.
Would it be wrong for anyone to think guards
should be posted at the open air market
underneath the interstate? The heathens have
come to conquer our kumquats, our fancy plums,
our coveted spaghetti squash. Or are we really
talking about that dominatrix the rain
who arrives in winter to punish us with flooding?
So the levees were constructed to serve as
fortresses and then the summers drop in
to bake the brain and scorch the earth.
So the houses are built of brick and we learn
to wear a floppy hat. We're a nation of scarecrows
succeeding in an era of Valley feudalism.
They'll never capture the flag at the top of
the capitol and bring it to their castle in Davis —
not if we can help it. But if it should happen
and this insurmountable town shall be
ridden into the dustbin of history alongside
all those other mining cities — Poker Flat,
Seven Forks, Jackass Hill, Angel's Camp —
then let it resound from Chico,
all the way to mighty Bakersfield,
that we were once the home of the Kings. 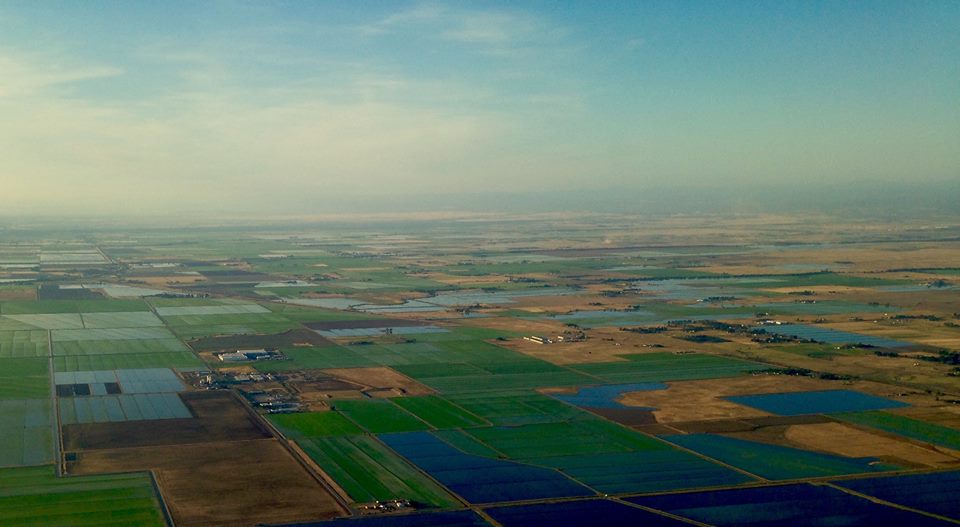 Tim Kahl [http://www.timkahl.com] is the author of Possessing Yourself (CW Books, 2009), The Century of Travel (CW Books, 2012) and The String of Islands (Dink, 2015). His work has been published in Prairie Schooner, Drunken Boat, Mad Hatters' Review, Indiana Review, Metazen, Ninth Letter, Sein und Werden, Notre Dame Review, The Really System, Konundrum Engine Literary Magazine, The Journal, The Volta, Parthenon West Review, Caliban and many other journals in the U.S. He is also editor of Clade Song [http://www.cladesong.com]. He is the vice president and events coordinator of The Sacramento Poetry Center. He also has a public installation in Sacramento {In Scarcity We Bare The Teeth}. He plays flutes, guitars, ukuleles, charangos and cavaquinhos. He currently teaches at California State University, Sacramento, where he sings lieder while walking on campus between classes.