While the Bay Area seems to be pushing its artists out, other places are trying to make their way into the ranks of internationally-recognized art-hub cities like Los Angeles. Sacramento has been sparked by grassroots art projects like Art Hotel, which became a once-in-a-lifetime cultural phenomenon, the new Golden 1 Arena’s acquisition of a multi-million dollar public work by Jeff Koons, and the City funding artist-focused subsidized living/working spaces like Warehouse Artist Lofts. Southeast of the capital City, Stockton has seen the emergence of art collectives and the recent Medico-Dental building’s restoration plans to become the City’s own artist affordable housing unit and commercial space inviting art galleries, and local businesses in.

San Francisco has been the “Art Mecca” of Northern California, and it continues to show relevance. The recent reopening of the San Francisco Museum of Modern Art (SFMOMA), the new Gagosian Gallery, and the Minnesota Street Project perpetuate the status and significance of San Francisco’s development as an internationally recognized art destination. However, a not-so-recent unrest lingers about the City’s cost of living pushing artists out. In September of 2015, the San Francisco Arts Commission (SFAC) surveyed about 600 artists concerning their living and work situations. Over 70 percent reported being displaced from their home, workplace, or both. The recent Ghostship tragedy reminded the world we need artists’ living and working spaces, but with Sacramento ranking 4th in the “most hipster” cities in the United States it seems like Bay Area artists may be considering it as a potential home. 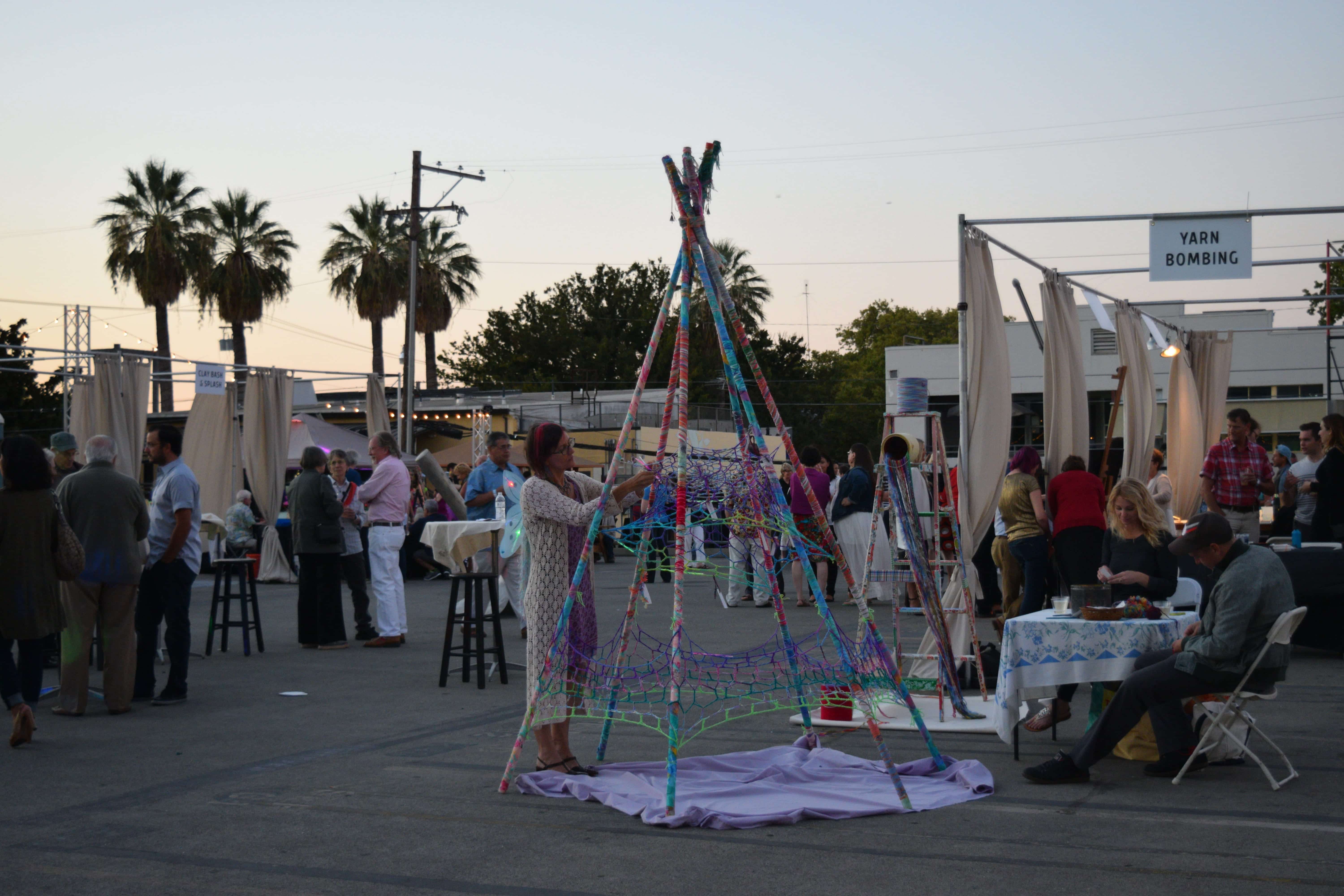 Photo by Aida Lizalde during Sacramento’s ArtJam, the culminating party for the first ever international mural festival in Sacramento in August 2016

Although gentrification is also affecting the capital City’s real estate value and the art market is practically non-existent, Sacramento still seems to show promise as an up-and-coming, art-centric metropolis. The lifespan of an art gallery in the region is really short. We have seen Temporary Contemporary Gallery, 2110 Gallery, Delta Workshop and ENEM Artspace disappear within two-three years. Aside from a couple of successful private art consultant businesses and craft vending events, regional artists are just not selling work. In 2009, the Sacramento Metropolitan Arts Commission (SMAC) published a summary of research on the arts and culture in the Sacramento Region; its findings were summarized as “Arts Organizations are undercapitalized”. Since then we have seen the emergence of new successful art institutions, artists-focused affordable housing, temporary art phenomenons and even the purchase of a million-dollar “Coloring Book” for the City’s new arena. Is this momentum also happening in Stockton?

In 2009, Kraken Exchange founder, Jesse Powell, started Verge Center for the Arts, a gallery and studio project. Verge has gone through numerous transformations since Liv Moe became its Executive Director, including becoming a non-profit, purchasing and renovating its own building, and eventually merging with Center for Contemporary Art Sacramento. Verge is run by a staff of bad-ass women, including Operations Director Susanna Tu and public Programs Manager Ariana Young. Verge provides affordable working studio spaces for at least 35 artists, arts education programming for the community, and rental space for Sacramento’s Axis, a 25 year old cooperative gallery.

A few dozen artists have found a home in the Warehouse Artist Lofts (WAL), a new housing development in the Historic R Street District. WAL included affordable income housing for artists and opened its live/work studios in 2014. It now has a waiting list of three years. WAL has it all—the concrete walls, the art community, the giant industrial windows—and, aside from over 100 (occupied) apartments, WAL also showcases a marketplace of local crafters/vendors to sell their products. The development includes a small gallery called “1810” which showcases local artists’ work. Similarly, Stockton’s very own developers, DFA Development and Ten Space are catching up by revamping the Medico-Dental Building, located on the corner of Sutter and Minor Streets, to host 40 artist loft units, 30 of which will be affordable housing. The project is going to cost 11 million, 2.2 which are from the federal affordable housing funds approved by the City Council.

The Diamond and the Punks

The last insight into the arts of the Central Valley art scene is the epitome of the dualism of Sacramento divided between the City’s new eight million dollar acquisition, Jeff Koons’ “Coloring book,” and a crumbling hotel turned into an art phenomenon.

Early last year, the City Council approved the purchase of Koon’s stainless-steel sculpture. The sculpture is to be showcased at the new Golden 1 Arena. It seems understandable that this purchase for the downtown arena caused a stir in the local community because of its price. Sacramento’s “homelessness problem” is commonly mentioned as an alternative and better use of the City’s money. There were numerous premature complains about the lack of support for local artists before people were informed about the rest of the public commissions. Marcy Friedman, an artist and philanthropist, donated 1.5 million dollars for regional artists’ public commissions; the main commission was awarded to Gale Hart.

The Art Hotel was a site-specific, temporary installation challenging the notion that Sacramento needed to spend millions of dollars to revitalize its downtown area. It was a project that turned the old historic Jade Apartments (set to be destroyed after the art show and turned into a Hyatt Hotel) into a giant art experience with the sinuous theme of Topologies of Representation. 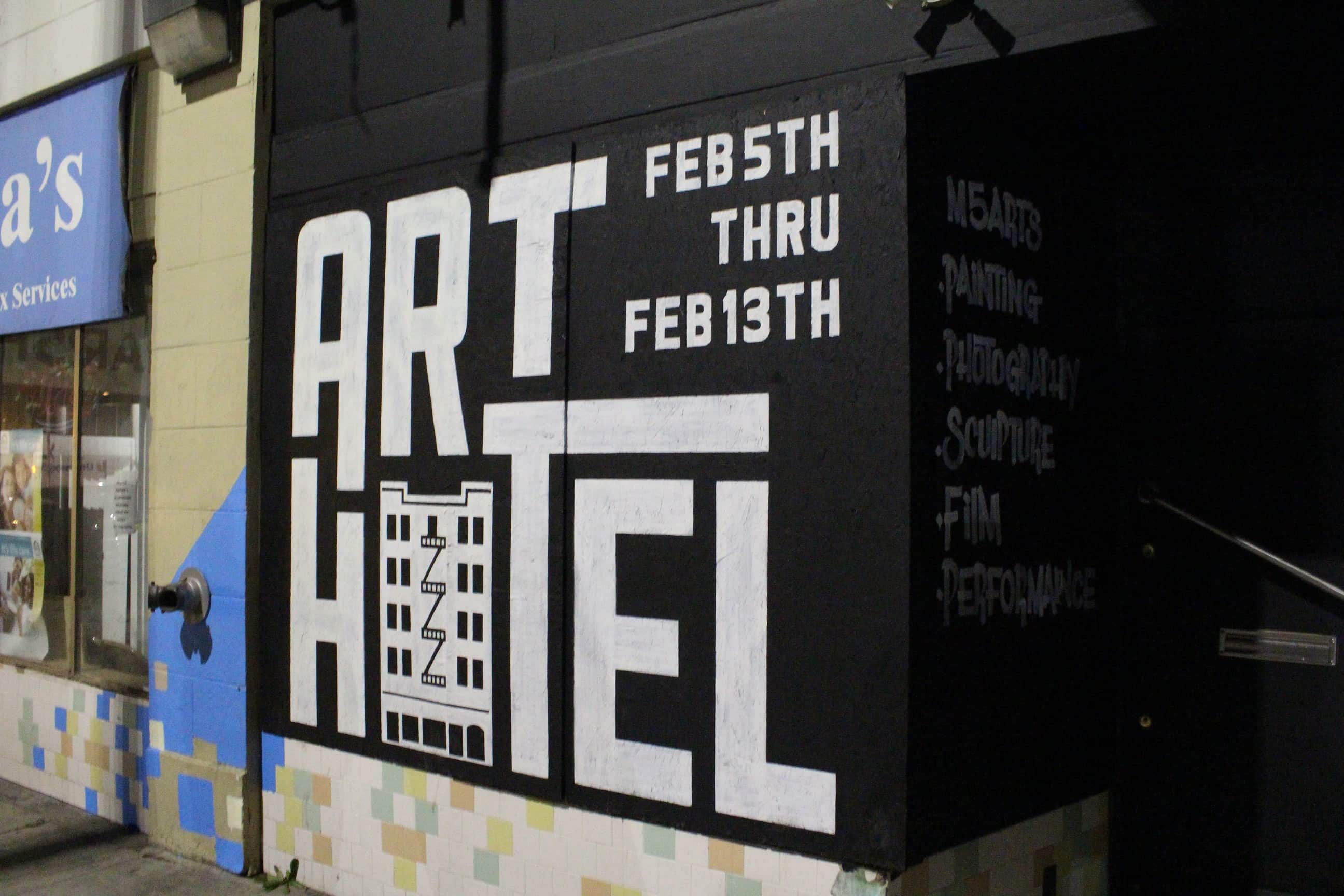 This photo and cover image taken by Dana Al-Hindi

Art Hotel, organized by M5Arts and had over 10,000 visitors within a week. The collective’s current project is Art Street, what they initially had called a Biennial. According to mysterious co-founder Seumas Coutts, Art Street will put Sacramento on track to becoming the “next Berlin.” We all have hopes Art Street is successful and that no one loses their house over it. 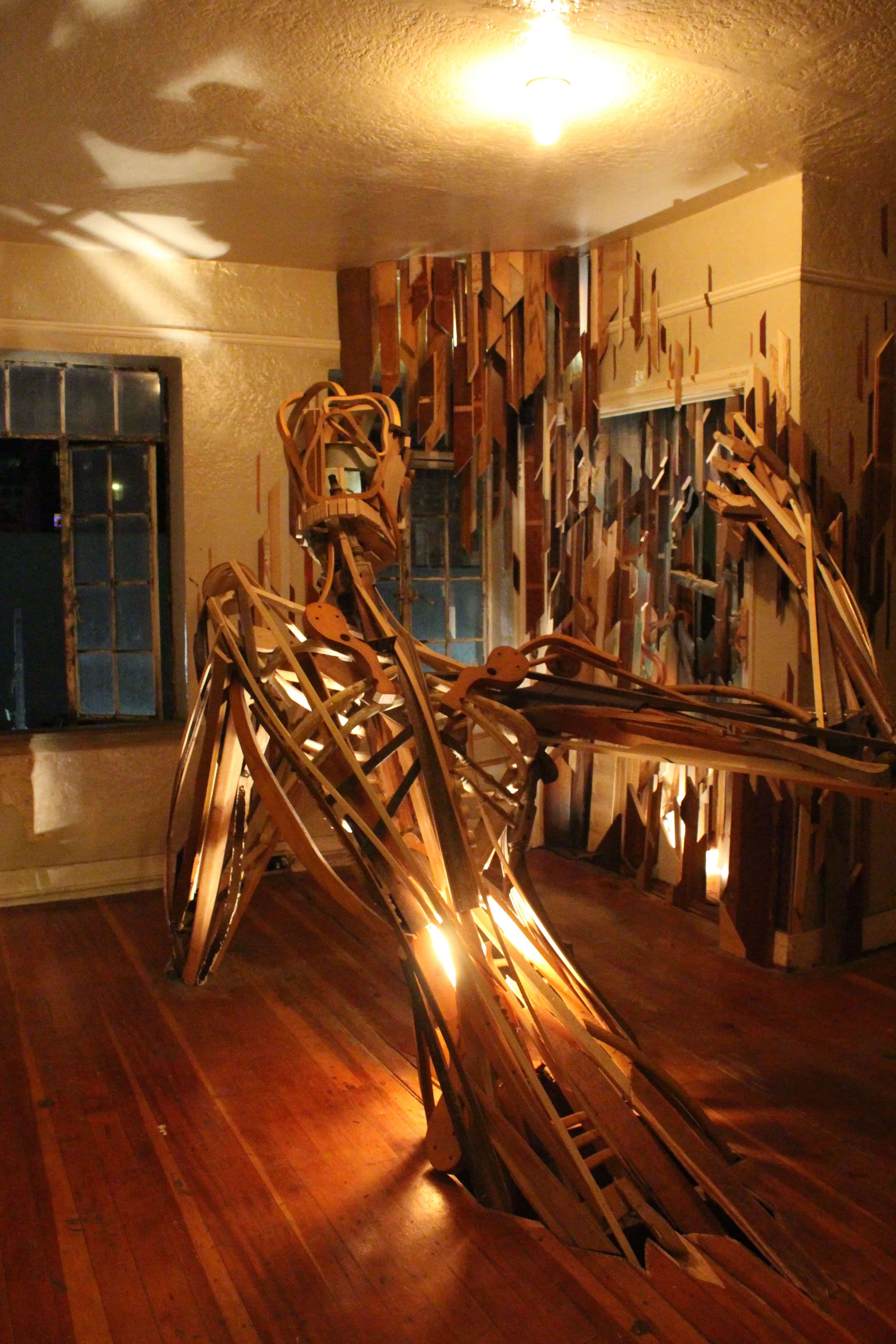 Aida Lizalde is Visual Arts Content Curator and occasional contributor for Placeholder Magazine. She is a Mexican artist exploring the concepts of identity and feminism in relationship to her experience of geographical and cultural-misplacement as an immigrant in the United States. Lizalde was born and raised in Mexico until age 15, when her family immigrated to Stockton, California. She currently attends the University of California, Davis.